The secret of how to pour the perfect pint of Guinness has been discovered… by Japanese scientists! And it’s all to do with the bubbles, they say. Creating a creamy head, the world renowned symbol of the Irish stout, is the result of a complex chain of events – and not just a matter of […] 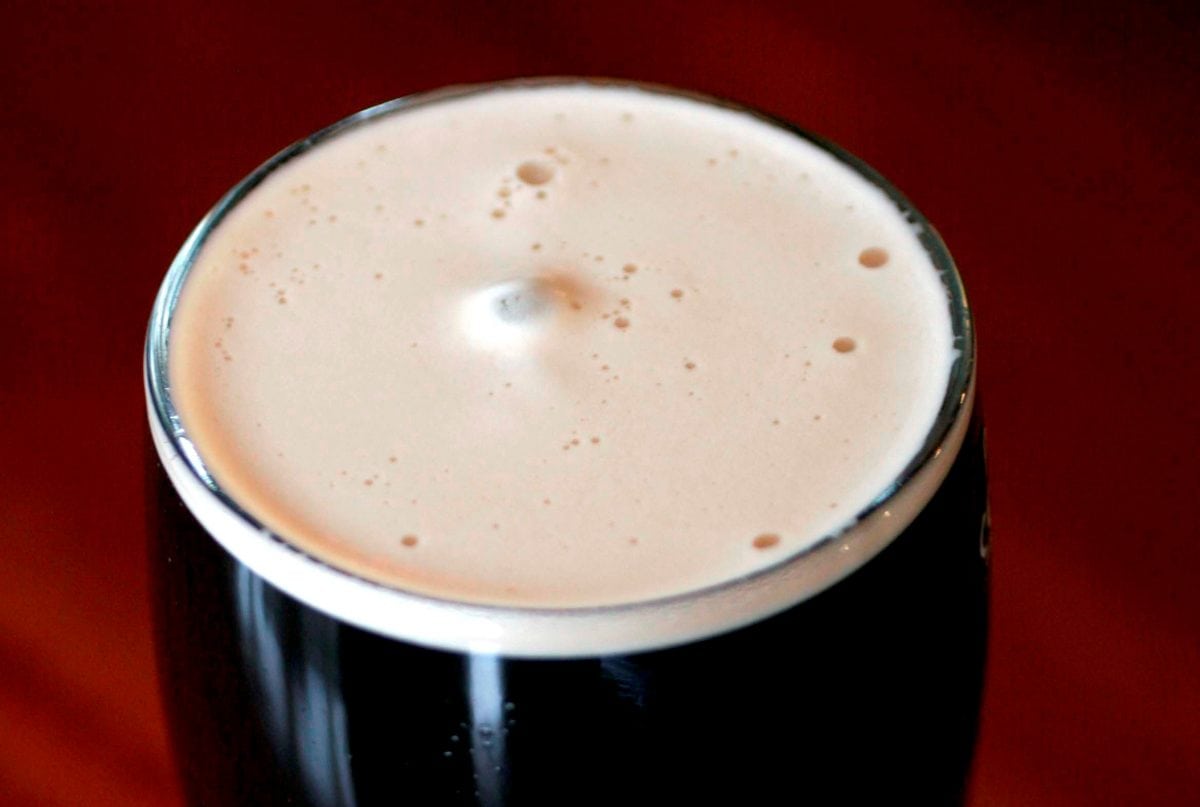 The secret of how to pour the perfect pint of Guinness has been discovered… by Japanese scientists!

And it’s all to do with the bubbles, they say.

Creating a creamy head, the world renowned symbol of the Irish stout, is the result of a complex chain of events – and not just a matter of chance.

The breakthrough could help guarantee customers will be served up an appealing froth topped pint every time.

Researchers from the University of Osaka, Japan – an unlikely venue for the study of stout – used microscopes and stopwatches to see what goes on when the Black Stuff is pumped into a beer mug.

They staged a series of experiments in a laboratory, tracking the path and measuring the speed of individual bubbles as they swirled around the glass.

Using an advanced technique called ‘particle-tracking velocimetry,’ they made a number of exciting discoveries that explains the formation of Guinness’ famed froth.

The Japanese boffins said pouring a Guinness into a glass got them wondering about the fluid dynamics and physics behind the rapid rise of bubbles.

This leads to it shifting between three colours when the dark, ruby red stout, lighter rising bubbles and pale froth are all clearly visible – before it changes into simply air and foam. 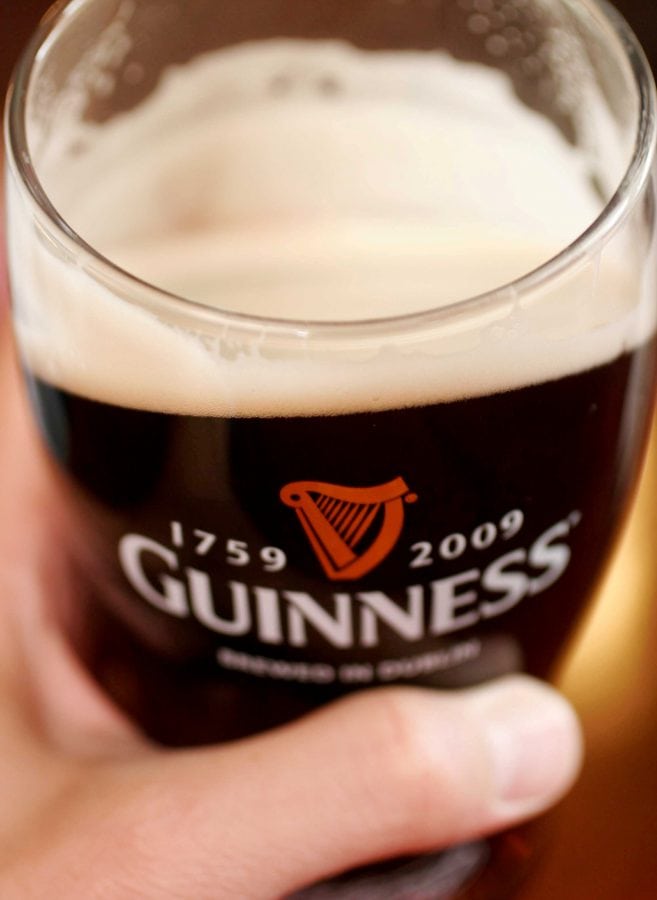 The bubble cascade splashes back and forth within the interior of the glass and ends up forming in front of and behind the ale – with less bubbles.

The findings may help control flows for both general industries and beer production, said the researchers.

These include the manufacture of fermenting vessels, the mixing of drugs used in surgery to boost fluid levels in the body and aeration tanks for water treatment.

The texture of a stout beer and why it appears to descend as it is poured into a glass has mystified experts for decades.

So the team analysed how long it took to develop the ‘void fraction’ – a measure of the empty spaces during the gas phase.

At the same time they tracked the speed of the bubbles. They were particularly interested in the propagation of the number and density of distribution.

This describes the degree of concentration of the bubbles and their texture near the inclined wall of a pint glass.

Prof Sugiyama explained: “Our velocity measurements are based on optical visualisations.

“We measured the velocity of each bubble, descending wave of texture and the liquid velocity.” 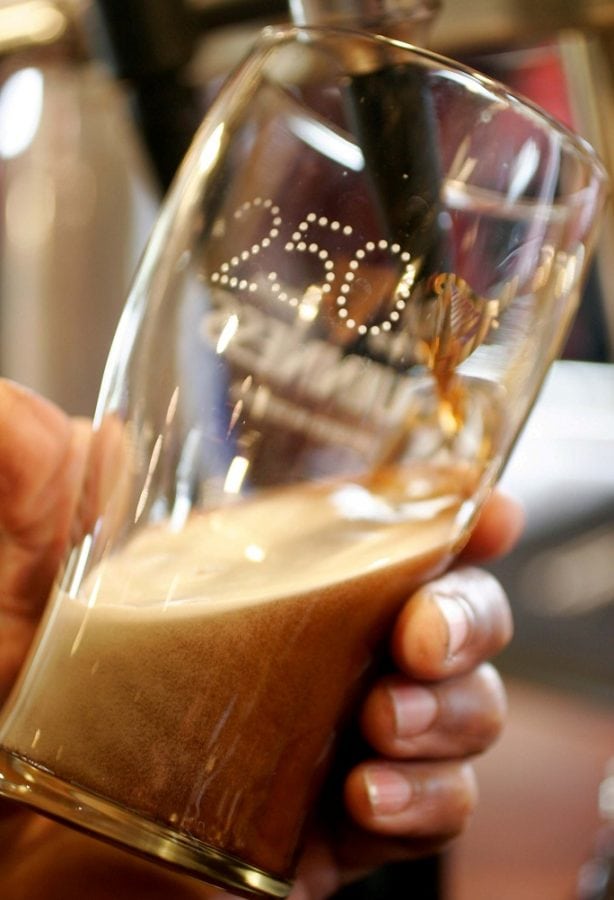 His team used a microscope to zero in on the individual movement of bubbles.

Then, using the brightness of the images, the researchers used the “particle-tracking velocimetry” technique to measure the speed – of each one.

Prof Sugiyama said: “There is a velocity difference between bubbles and the texture of bubble distribution, and our findings suggest there is some hydrodynamic instability that results in wave formation.

“We can observe the texture of bubbles for just 119.5 seconds after the pouring. This iconic texture is also called a ‘cascade.'”

Intriguingly, the measurements revealed the local ‘void fraction’ and individual movement of the bubbles’ velocity increase and decrease repeatedly with a time delay.

This causes the thrust and suction, said Prof Sugiyama who presented his findings
at a meeting of the American Physical Society in Denver.

He added this type of bubble clustering in stout beers would also apply to carbonated drinks. 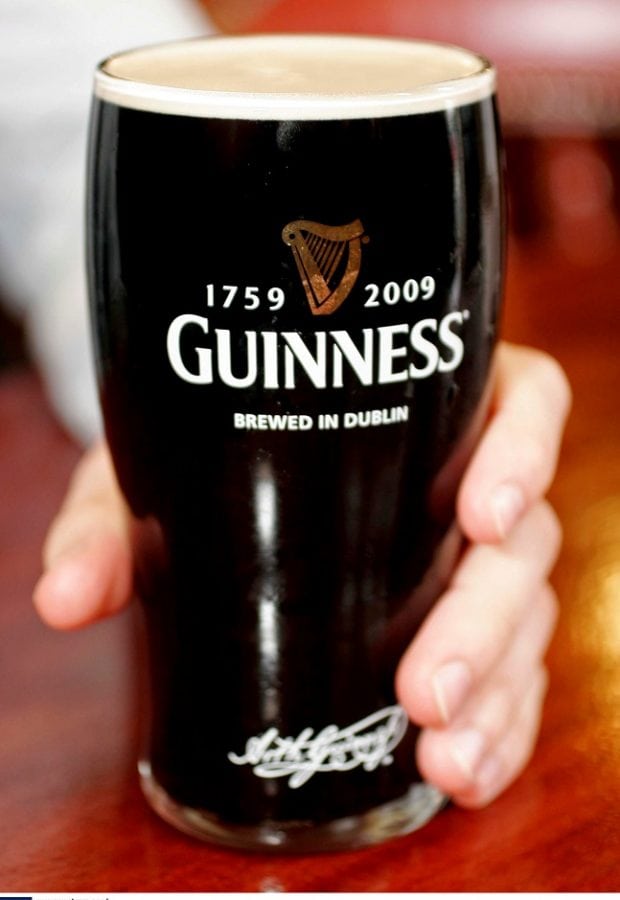 People in Ireland say pouring a Guinness is not as easy as it looks.

It involves a precise two part motion to achieve a settled heavy mass of velvet black beer under a smooth, creamy white head that sits just above the lip of the glass.

It has been made the same way since it was first concocted by Arthur Guinness in 1759 – from roasted barley, hops, yeast and water.

More than 150 countries brew it, and over 10 million glasses are poured daily.

Choosing a tulip-shaped pint glass is vital because the bump in the wider neck allows nitrogen bubbles to move down the side of the glass and back up into the neck of the beer.

The glass has to be tilted away from you at a 45-degree angle; if you don’t, the Guinness will froth, will take forever to settle and may taste bruised.

Bartenders have to pulling the tap towards them to release the Guinness until it fills the glass to the bottom edge of the tulip’s bump.

Once it has settled, the Guinness needs to be held level to get a dome effect when you top it off.

The last and perhaps the most important step is sipping the drink, holding it up to the light to marvel at its deep, rich colour.