A thrifty shopper has revealed how she survived living on £1 a food – a DAY. Katie Timms said she managed to stick to the budget – but it left her ‘miserable’. She spent the week eating basic foods such as beans, bread and soup – spending less than a quid a day. Her Seven […] 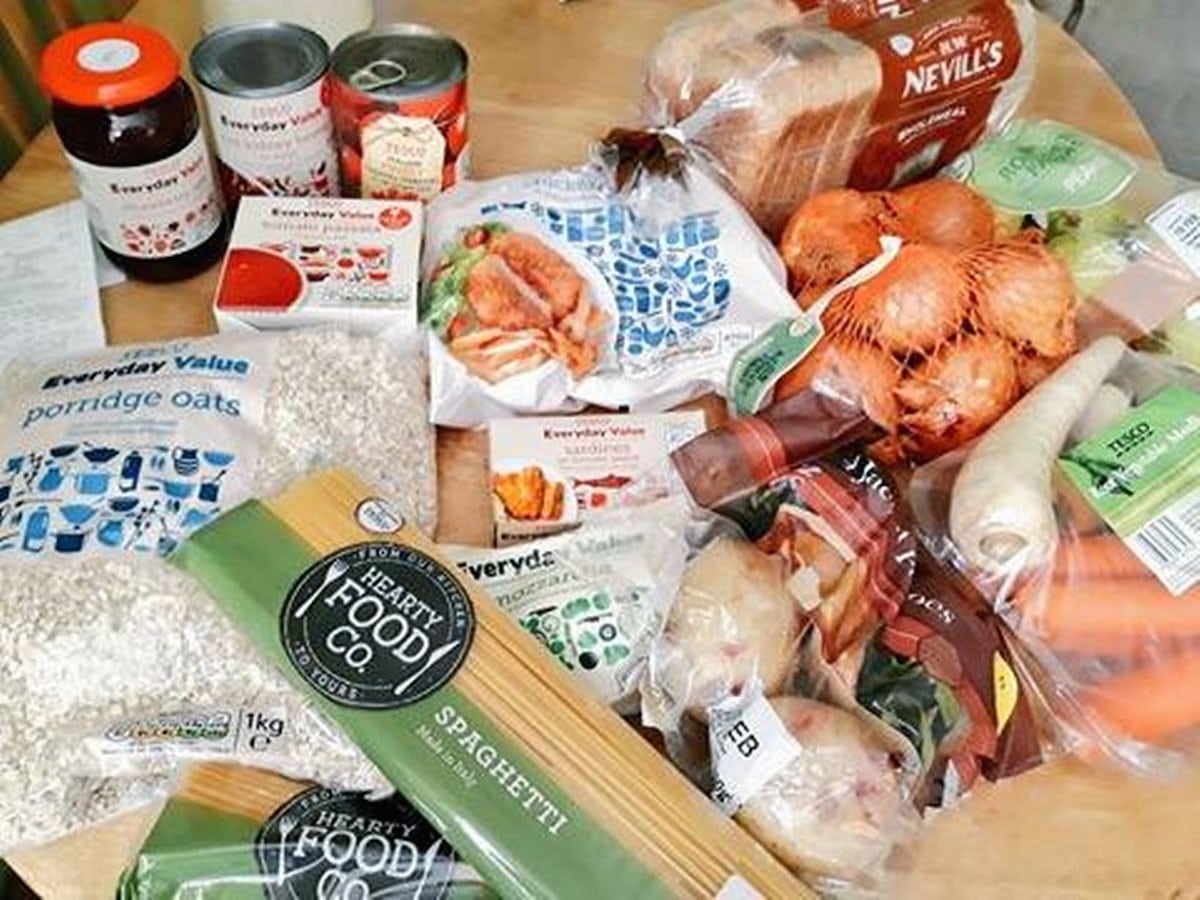 A thrifty shopper has revealed how she survived living on £1 a food – a DAY.

Katie Timms said she managed to stick to the budget – but it left her ‘miserable’.

She spent the week eating basic foods such as beans, bread and soup – spending less than a quid a day.

Katie, a journalist at the Plymouth Herald, said: ”I spent a week seeing if it was possible to limit my food shop spend to less than £1 a day.

”And while I managed to stick to budget, I was absolutely miserable.

”I’m not a morning person as it is but being faced with a bowl of lumpy, tasteless porridge oats – made with water – made it all that little bit worse.

”However, there are people who don’t have the luxury of being able to be choosy about what they eat, and struggle to find ways to make their money stretch.

”The average person in the UK spends between £56 and £81 a week on food, including takeaways and eating out in restaurants.

”Many students and low-income families do have to learn how to cut back and save on their weekly food shop, and there have been many attempts to live on £20 and £10 a week, but I took it a step further and challenged myself at £1 a day, totalling less than £7 for the week.

”To make it as easy as possible for somebody to replicate this weekly shop, I decided to purchase all of the items on my list at one supermarket.

”I chose to shop at Tesco as it is the closest supermarket to my house.

”I also decided to stay away from yellow stickers, as reduced items cannot always be relied on if someone was to replicate the £1 a day challenge.

”Armed with a calculator, I paced the aisles asking myself if I had really thought this through, would I manage to buy a full shop for less than £7, or would I just blow it all on cheese?

”After one whole hour and 28 minutes, I had £6.83 worth of items in my trolley, and I desperately tried to find something for less than 17p, but as the staff called out over the tills that the store was closing, I decided I probably couldn’t have got anything that would have made a difference to my week anyway.

”After I had piled my shop into the bag, I wheeled my trolley out of the store, and to the car-park.

”The bag in the trolley had tipped over, and a packet of my spaghetti split open and landed all over the floor.

”Even though I did have money to replace it, I knew for this challenge to be as accurate as it could be, I couldn’t just go and buy another packet.

”Even though it was just a 20p packet of pasta, this is the exact moment, when the penny dropped, some people simply can’t just replace it.

”That pasta was two days of my evening meals, on the floor.

”Thankfully a nice lady saw me trying to rescue what was left, and handed me a plastic wallet to store it in – if you’re reading this, thank you, kind lady.

”Once I arrived home, I laid out all of my items on the table and realised I had made some HUGE mistakes.

”One of the easier things for me was that I don’t drink hot drinks so tea, coffee and milk was not needed.

However, I did buy porridge oats, and in hindsight, I should have bought milk for that.
Am I going to starve? Will I pass out from lack of sugar? Why did I not buy milk or eggs?.”

In an attempt to make it better, I added jam. This made it worse and ended up with clumps of jam. I had a pear straight after breakfast to try and improve the disappointment of my first budget breakfast.

For lunch I tried out the soup I had made for 54p. The soup was 100 times better than the breakfast, coupled with the three slices of bread it almost felt like the week would be bearable.

For dinner I had pasta with kidney beans, mozzarella, onion, tomatoes and a chicken burger (no bun).

The chicken burger had a very low meat percentage, and this made me feel very cautious when eating it. For someone who normally eats Quorn, it was quite traumatic.

Lunch was the same as yesterday’s dinner, and already the day had become a sad food day. Dinner was yesterday’s lunch, you know where I’m going.

Day three
In a desperate bid to cheer myself up, I ditched the porridge and had two pieces of toast with jam. It slightly brightened my mood, but I knew that I would have a week where everything was repetitive.

Lunch was soup with a pear. I was beginning to become fond of pears as it was something that I didn’t have to prepare and was relatively sweet.

Dinner was basically like eating a tin of spaghetti in tomato sauce and adding a chicken burger in a desperate attempt to make it more interesting.

Day four
Porridge and toast. Even though I really disliked eating the lumpy porridge, I felt like if I avoided it, I wasn’t properly participating in the challenge.

At this point I knew it was possible, but it just wasn’t enjoyable. For lunch I really did find a way to avoid soup and pasta!

I had two jacket potatoes stuffed with mozzarella and tomatoes. Whilst it really didn’t look appetising, it tasted like it was from a Michelin star restaurant. That may seem like an exaggeration but that is how it seemed.

Pasta with onion, passata, kidney beans and a chicken burger…again. I should mention, I forgot to take this to work and ended up eating it at 10.30pm.

Day five
I decided to use my daily bread allowance (three pieces) all for breakfast. Because I used all the bread, I had to have soup on its own. I added a pear because as you know, I’d grown quite fond of them.

The worst dinner of them all. Toast with tinned sardines. I don’t know if it was the smell or the way they looked, but I didn’t even attempt to eat it. It slid straight into the bin and I went hungry.

Day six
More bread. For breakfast was a jam sandwich – how many different meals can you get out of bread?

Lunch was the dreaded spaghetti with tomato sauce. I thought that for someone who loved pasta you couldn’t ever hate it. But today I wanted to ban it forever.

Day seven
The excitement was kicking in that the challenge was almost over, so I decided to start the day on a high. TWO pears.

So lunch was just as disappointing as most of the week, but I didn’t care. More pasta, but I was almost near the end.

Dinner was the most difficult of the whole week, because not only was it the last meal, but I had to turn down a roast dinner.

I almost sobbed into my fried potatoes with two chicken burgers (no bun) and pasta with passata, but I had completed the challenge.

What I learned
Living on a pound a day is tough, but it is do-able if absolutely neccessary.

My meals were very repetitive and while there was a lot of food, I wasn’t looking forward to eating any of it. I’d made some successful choices, like pears.

I realised that it was more about the luxury of choice and being able to just pop to the shop when I was hungry, rather than be organised and prepare meals the night before.

On one occasion I left my dinner in the fridge at home, and ended up eating after work at 10.30pm. I was so hungry for the whole of my shift and I was probably the hangriest I had ever been.

I also think that shopping around for certain low-price foods would have given me more variety and given me more room to create actual recipes.

It is possible to spend just £1 a day on food, but it isn’t easy.