How To Make The Ultimate Summer Cocktail

By Jonathan Hatchman, Food Editor, @TLE_Food Cocktails seem to be going through quite a renaissance in London at the moment, and with the summer well on its way (apparently), you can expect some refreshing mixes to take even more of the limelight. Across the city there’s plenty of exciting new cocktail bars opening their doors, […] 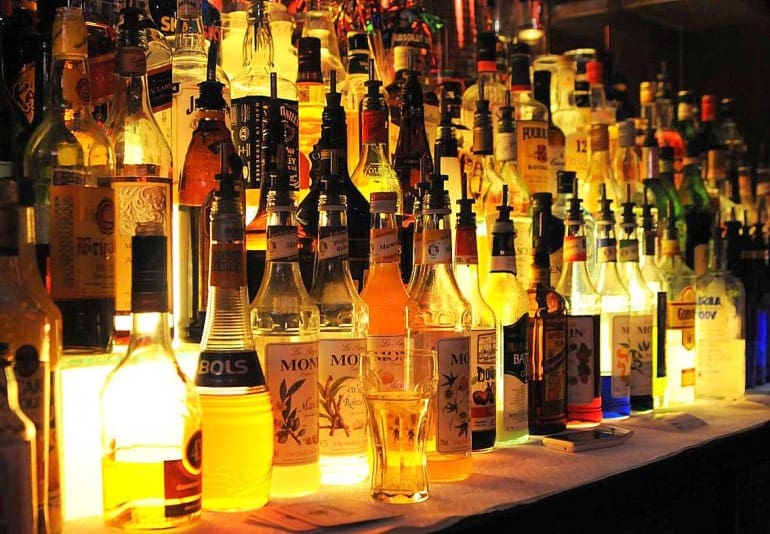 Cocktails seem to be going through quite a renaissance in London at the moment, and with the summer well on its way (apparently), you can expect some refreshing mixes to take even more of the limelight. Across the city there’s plenty of exciting new cocktail bars opening their doors, notably including Ladies & Gentlemen, an aptly named former toilet facility, in Kentish Town, that sells a range of adventurous intoxicating blends, and the likes of Bar Termini in Soho. Of course, the area isn’t quite as warm and picturesque as its inspired Roman location, but you can expect to be bowled over by a selection of delicious Cocktails and Coffees.

Meanwhile, plenty of the Capital’s restaurants are currently offering some sublime Cocktails, something that I’ve been fortunate enough to experience on plenty of my restaurant review trips. Having tried a number of both ghastly and gorgeous concoctions. Some of the latter have included Benares’ Passion fruit and Chutney Martini, Oblix’s Plum Rum Mai-Tai, and The Refinery at Regent’s Place’s ‘London’s Burning’. However, one that has struck me the most is an unknown concoction from iconic private members’ club The Scotch of St. James, located just behind Piccadilly Circus.

“Surprise me”, my girlfriend requests of the bartender, having just expressed his disbelief in drink menus. £26 later for two drinks (the second of which a mere small Rum and Fruit Juice) and we’re supping on one of the most refreshingly delicious drinks ever to have passed either of our lips, having been theatrically assembled, perhaps explaining the extravagant pricing. Given the general mystery that shrouds The Beatles and Rolling Stones’ ex-haunt, we’re still unsure of the exact name, but after a trip to the Supermarket and some trial and error in the Kitchen, we seem to have finally found the combination of ingredients that we’d sampled on that early January evening. Turning out to be a twist on the classic Gin Garden cocktail, below you can find the recipe for my replicated edition of this liquid masterpiece. Perfect for you to make your own for the impending summer months, albeit avoiding the double-figured price tag per glass.

1. To start, muddle six slices of Cucumber and a large sprig of Mint into the bottom of a cocktail shaker. A Boston shaker is the best to use for this, but any will suffice.

2. Crush some ice and fill the rest of the glass.

4. Add a small dash of Elderflower Cordial; the Egg White, and fill the rest of the glass with Apple Juice (make sure the apple juice is a rich light green colour, juxtaposed to the more readily available concentrated Juice. This really makes a difference!)

5. Shake well and strain into a glass and garnish with a sprig of mint and slice of Cucumber placed onto the rim of the glass. Enjoy.