A celebration of regional wines to celebrate English Wine Week 2022

by Chris Zacharia
in Food and Drink 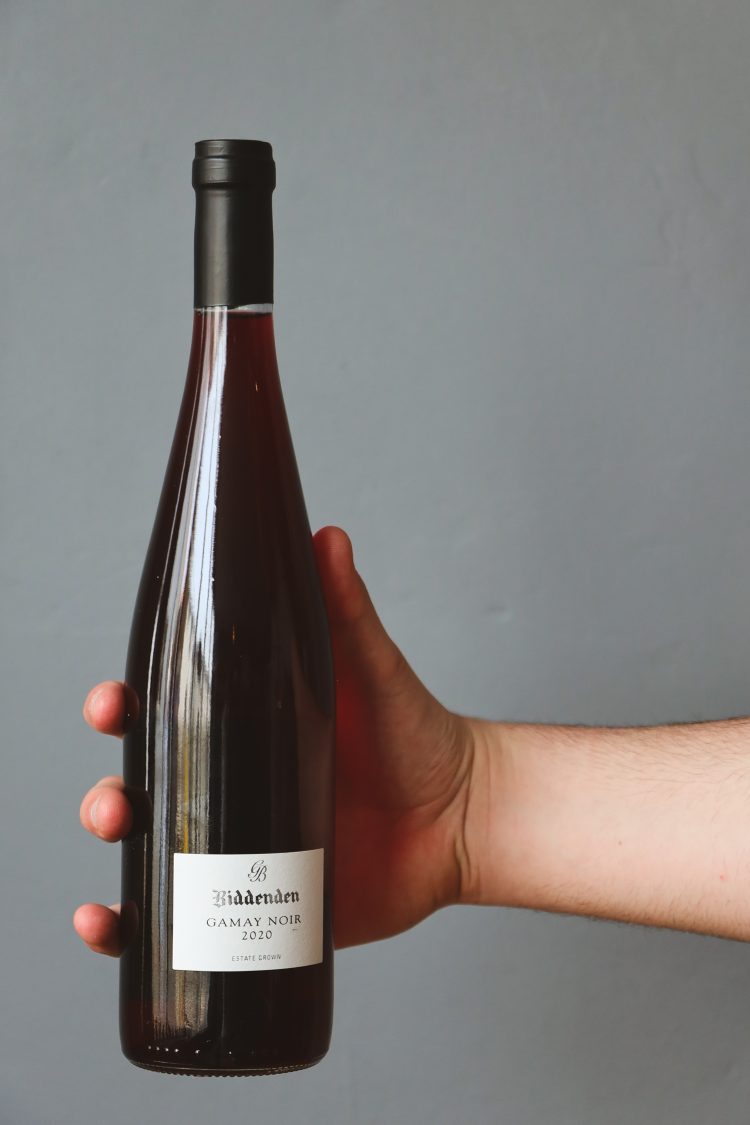 “Being able to celebrate English Wine Week in such a way has been challenging to put together but also a great way for us to “talk shop” and re-learn parts of our list that have sat idling and give them a new light. Some of these wines can be left to age, but nothing is stopping you from opening them all on the day of arrival (be it a trip into the fridge for a while first for some). I, for one, won’t tell you how to drink them, but these are the stories of five of them, and I hope you enjoy.”

From the closest vineyard to the restaurant at only 9 miles from our door to the field, Poynings has always produced some cracking bottles over the last decade. A small production site was planted back in 2010 with only a single south-facing slope with a touch of chalk towards the lower half of their site. A husband and wife duo, Ru and Esme Crowther, planted up as part of a communal farm just outside of the village of Poynings (where they get their namesake,) with their main collaborator being the Plumpton Estate for wine production.

Bacchus is a grape planted a dime a dozen across the UK and will always be one of the UK’s somehow best secret wines. A growing following over the years has everyone who gets their teeth into English wine wanting at least some of their cellar to be Bacchus. Not a wine that you need to age for long periods but one that tended to be drunk before the next vintage came around. 2018 led to a bumper crop harvest year for many sites, and this has also allowed Bacchus from that time to age with it producing floral and light passionfruit notes that have lightened over time.

We have championed Will’s wines since opening up seven years ago and we’ve been following this particular plot since the 2013 vintage. Since starting in 1991, the vineyard has been watched over by William Davenport, the estate’s namesake. With an organic focus in the vineyards, mostly on Sandy-Loam or silt under sandstone with a few clay plots (managed by Plumpton alumni Phil Harris,) one of the best pruning teams in the country and one of the first winemakers in the UK to focus on a Natural styling for their wines.

A red wine created using the whole berry fermentation style and keeping a dark ruby colour throughout all the vintages we’ve had in the library. Low tannins with a deeper cherry, blackcurrant and spice from 9 months of oak ageing.

Coming from just over the border into Kent, we have a wine that is only made on exceptional years. One of the longest-running Vineyards in the country (starting back in 1969) and the oldest vineyard in Kent, this family-run estate has been owned and run by the Barnes Family since its inception. The vineyard site was the decision of Joyce Barnes to diversify during the first apple crash in the 1960s at a whopping one-third of an acre (total farm size 40 at the time.) Expanding to 23 acres at the time of writing and all on south-facing slopes.

One of the lowest production wines from Biddenden with up to 2000 bottles at a time (at recent harvest) in exceptional years where the temperature and conditions are right. Being a small production planted at the site in the mid-1980s, the vines have aged well over time, developing complexity in the fruit as the vines age. A red to drink young with red currant and raspberry notes, but the ageing potential in the bottle is yet to be seen.

We figured we needed to put at least one of these in there, a magnum always has everyone’s interest at a dinner table. One of the vineyards that we have worked closely with, Albourne, started up in 2010 on an ex-pick-your-own fruit farm—managed on-site by Alison and Nick Nightingale and their team built over the years. A focus on regenerative practices and green energy to be self-sufficient on-site. Albourne has a strict following of only using fruit from their site; they never buy grapes for their wines.

For a Multi-Vintage, it uses all 3 of the varietals you’d expect from an award-winning bottle of Fizz in the UK (Chardonnay, Pinot Noir and Pinot Meunier.) A Magnum is unique as it will always age at half the pace of a normal bottle due to it being twice the size of a regular bottle with the same sized cork. It lends to a wine keeping its freshness for longer, allowing a magnum to have twice the lifespan and allowing you to taste great vintages how the winemaker envisioned. Being a Zero Dosage bottle, however this is a sharp wine on the tongue and teeth and will age well over the next while. Not a wine for mass production, but a rare bottle you’d wish you had two off.

The longest-running viticulture school in the UK and one of the growing European wine industry leaders, Plumpton has grown a lot since its first agricultural students in 1926. With their first wine students starting for the first time in 1996, the College has evolved to offer the only high-level wine qualifications in the UK and spearheading wine research in the country with experimental projects and wines once their Wine Research Centre opened in 2014. With courses running at all levels and up to 150 students a year, the application process leads to only the most passionate students getting in every year.

Produced from Pinot Noir grown at their home plot in Haywards Heath, this low run production was left on lees for only 18 months to keep the focus on the fruit. Low tannin and a light cherry into almost a sweet rhubarb note, sparkling reds while first seen as a novelty are coming into their own as the style if etched out over the years.