Joining the likes of Claude Bosi and Lee Westcott of The Typing Room, Chef Chris Denney of 108 Garage recently hosted a banquet on the roof of Harvey Nichols. Part of S.Pellegrino’s ‘Itineraries of Taste’ series, which continues with another event in London tonight (Tuesday 8th August) followed by one more at Harvey Nichols’ Edinburgh […] 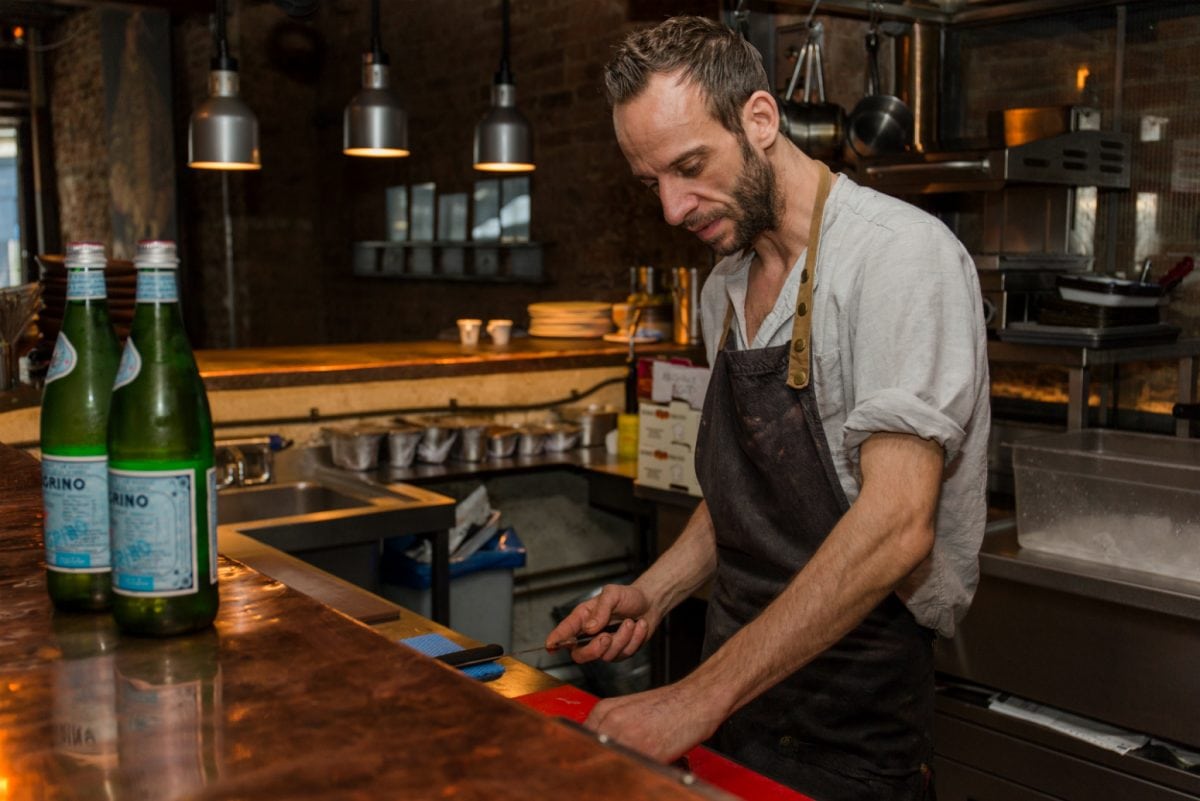 Joining the likes of Claude Bosi and Lee Westcott of The Typing Room, Chef Chris Denney of 108 Garage recently hosted a banquet on the roof of Harvey Nichols.

Part of S.Pellegrino’s ‘Itineraries of Taste’ series, which continues with another event in London tonight (Tuesday 8th August) followed by one more at Harvey Nichols’ Edinburgh store, hosted by Elizabeth Allen (Pidgin). The final London banquet of the summer will be hosted by Marianne Lumb, having made it into the top 50 of The Sunday Times’ Top 100 with her eponymous restaurant in Notting Hill.

For these events, S.Pellegrino have turned the fifth floor terrace into Italian-style piazzas, aiming to capture the convivial nature of Italian cuisine. As for the menu, Chris Denney’s four course offering featured dishes with the chef’s unique touch. Some closely followed dishes available at 108 Garage, others were created especially for the evening. Having opened towards the end of last year, Chris Denney’s cooking at 108 Garage has been the subject of rapturous acclaim, with it now almost impossible to book a table for dinner within the next six months. Fortunately, another restaurant is set to open next month, followed by further openings across the pond in the US.

The first dish served at Chris Denney’s banquet, ‘Sea Trout, Horseradish, Lovage, Apple’ was a riff on one of 108 Garage’s greatest hits. A tartare of raw trout was teamed with horseradish panna cotta. The horseradish wasn’t overpowering, but paired perfectly with the oily fish, dressed with a potent lovage sauce and topped with a paper-thin slice of apple for additional crunch. Huge Creedy Carver duck breasts, from Devon, were halved and cooked intentionally quite well-done, given the wild duck’s toughness, as compared to farmed duck. This came with an exquisite Italian white peach with tender skin and pronounced sweetness, contrasting the intense gaminess of the duck. An additional, restrained dollop of butterscotch miso was boundary pushing, showcasing the chef’s Japanese influences, as well as bringing further sweetness to the dish, balanced with a whack of umami.

‘Salted Black Cherry, Golden Raspberry, Perilla’ was intriguing, to say the least. A tasting menu-styled pre-dessert, the dish had an intriguing combination of flavours, with herbaceous perilla and ripe fruit. The smashed, freeze-dried raspberries atop the cherry sorbet, however, had particular nostalgic value, deeply evocative of Wall’s Solero Shots. Finally, chocolate cremeux was similar to the lusciously silky version on the menu at 108 Garage. Here, the cremeux came joined by grains of puffed rice, adding depth of texture but little flavour, while the artichoke ice cream had been switched with perfumed cardamom, naturally delicious with rich chocolate.

Tickets for the rest of S.Pellegrino’s ‘Itineraries of Taste’ banquets are priced at £40 and include one welcome cocktail and a four-course dinner. Additional drinks can be purchased on the night. Tickets are strictly limited, available from billetto.co.uk. Further information on 108 Garage can be found at 108garage.com.