By David de Winter – Sports Editor @davidjdewinter @TLE_Sport When you think of Champagne, you think of a glamorous drink to be enjoyed normally as an aperitif, or, if you’re really indulgent (and rich), with a meal. Cheese on the other hand is a traditionally a dessert or a post-dinner delight, commonly consumed with red wine […] 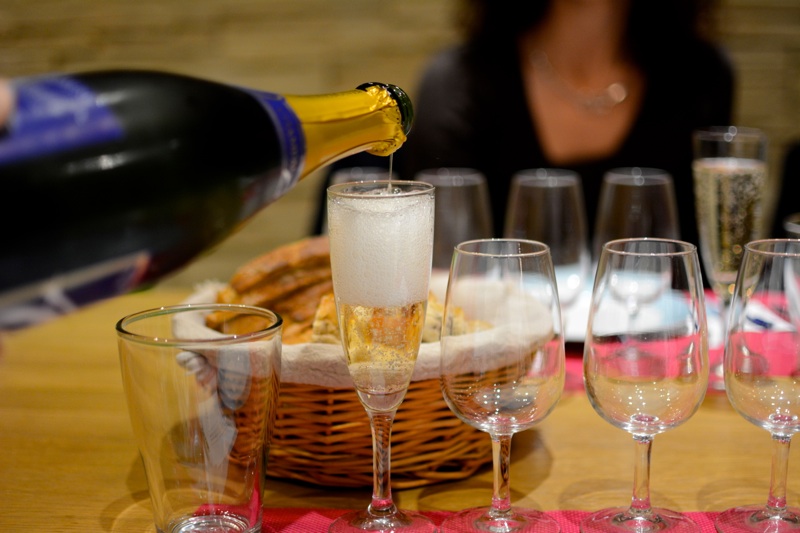 When you think of Champagne, you think of a glamorous drink to be enjoyed normally as an aperitif, or, if you’re really indulgent (and rich), with a meal. Cheese on the other hand is a traditionally a dessert or a post-dinner delight, commonly consumed with red wine or a digestif such as sherry or port. But Champagne and cheese together? Oh non! You can almost hear the French convulsing at the mere thought. But in the words of Churchill (the dog), I have to say, Oh yes! It might sounds like an unlikely marriage, but the chaps at Cattier Champagne and the British Cheese Board have combined to make a rather wonderful gastronomic experience.

After selflessly giving up our Thursday mornings to the noble pursuit of quaffing Champagne and scoffing lots of cheese like a real men of the people, my friend Sam and I pottered along to the St James’ Hotel in Victoria to see what all the fuss was about. We both had quiet reservations about what we were about to try. “Cheese with Champagne?” we mused. Now I like nothing more than knocking back a glass or two of bubbly and I am very partial to slab of cheese. Individually they are both one of the most sublime indulgences money can buy, but enjoyed together? I had my doubts.

Nevertheless, upon my arrival I was gently assured that this had even met with the approval of the most discerning gastronomes – the French. “We had an event in Paris earlier this year pairing Champagne with French cheeses and all the journalists present were pleasantly surprised” remarked Philippe Bienvenu, marketing director of Cattier. Well, I thought, if it’s good enough for the French, it’s almost certainly good enough for me. So I sat down to my tasting with renewed confidence.

Now we weren’t just chucking any old bog-standard cheeses down our gob. They had been specially sourced from all over the country; a Capricorn Goat’s Cheese from Somerset and strong hard cheese called Sussex Charmer were joined by more traditional favourites like three year-old Davidstow Cheddar and Blue Stilton. They had been expertly combined with Cattier’s extensive range of Champagnes.

We’ve all got one of those friends who, when tasting wine, likes to use long, obscure and often made-up words to describe the wine he/she is drinking (I’m often that guy). Well that pleasure can now be extended to cheese. Nigel White, Secretary of the British Cheese Board, used words such as ‘oozy, tangy, nutty, creamy’ in his description of the cheeses we were tasting and he was spot on. When trying each cheese and Champagne individually they were very pleasant in their own right, but combined together was a completely different experience. The experts at Cattier and the BCB had done a wonderful job because my palette was opened to a new release of flavours. The most striking thing I found was how well each Champagne complemented the relevant cheeses. Sam pertinently described one combination as “a party in my mouth.” I was expecting on or two of the cheese to overpower some of the wines but this was certainly not the case. As Nigel White neatly summed up, “Discovering the myriad of aromas and flavours of British Cheese partnered with Champagne is a real delight.” He was not wrong.

Cattier Champagne is not, as one might think, prohibitively expensive. All but two of the Champagnes we tried retail in Britain for between £30-40 per bottle. Nor are the cheeses too difficult to obtain. All are available in London from places such as John Lewis and Neal’s Yard market. There is even a bar dedicated to the noble pursuit called Champagne + Fromage which already has two branches in London. So off I tottered from the St James’ Hotel, stuffed full of cheese and slightly squiffy due to a liberal glass-topping-up policy. If you’re thinking about what to serve up at your next dinner party, or for Christmas, or even just out for a drink and a nibble, give Champagne and Cheese a try. Bon Appétit!