THe BMPA has warned that foods that are “fiddly and hard to mechanise” could be impacted by a labour shortage. 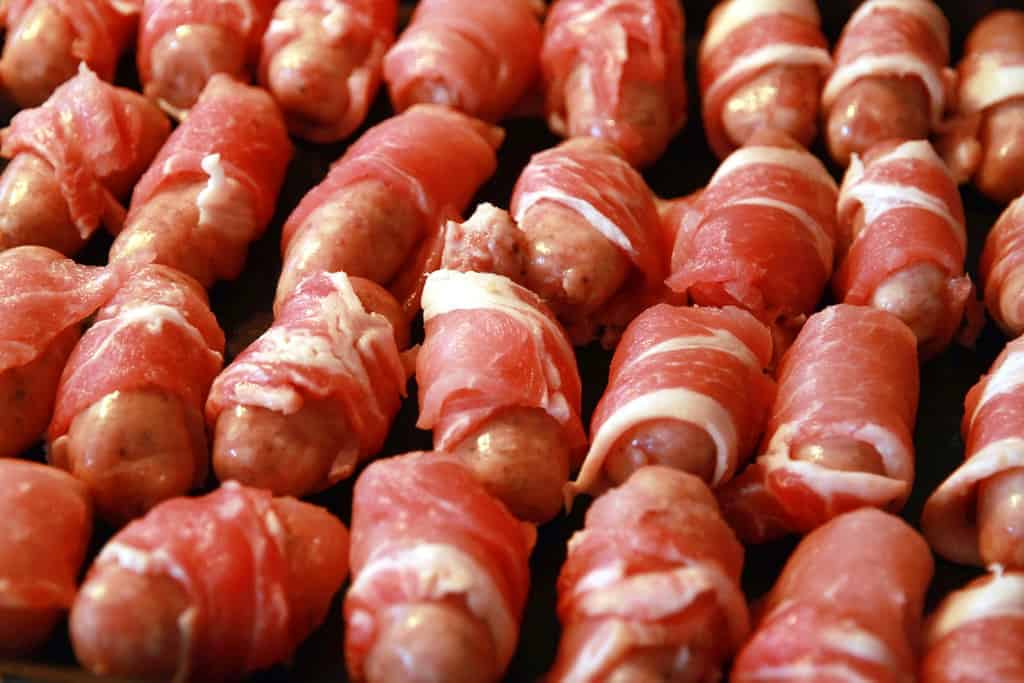 Britain could be hit with a shortage of traditional Christmas dishes this year as EU workers shun festive jobs.

The British Meat Processors Association (BMPA), which represents the British meat processing industry, has warned that dishes such as pigs in blanket could be hard to come by because of staff shortages.

Chief executive Nick Allen told the BBC that it has been “hard to hold onto European labour” due to Brexit, which could have a negative impact on foods that are “fiddly and hard to mechanise”.

Uncertain about their future in Britain

In a statement to The Independent, the BMPA said that more than 60 per cent of the UK meat industry’s workforce comes from the EU.

However, according to the organisation, many EU workers are uncertain about their future in Britain.

“Companies were already seeing a shortage of staff as EU nationals respond to the drop in the value of sterling and the uncertainty about their long-term future in the UK,” the BMPA said.

The firm added that this year has proven “particularly challenging with the uncertainty of Brexit” in light of there being “higher demand for labour” in the lead-up to Christmas.

The British Poultry Council has also said that sourcing enough workers in the UK has become a “massive challenge for the poultry meat sector” due to Brexit uncertainty.

The council said that if the number of workers in the UK continues to decrease after Brexit, this could “pose a risk to the affordability of British food”.

Ed Barker, senior policy advisor at the National Pig Association (NPA), told The Guardian that several meat processors have found it difficult to source enough labourers from the EU in the run-up to Christmas.

“It was difficult last year and the year before but it seems to be particularly squeezed this year,” Mr Barker said.

“Three years of uncertainty and the fall in the sterling to Euro exchange rate has changed the mind of a lot of labourers who have decided to bite the bullet and go back home.”