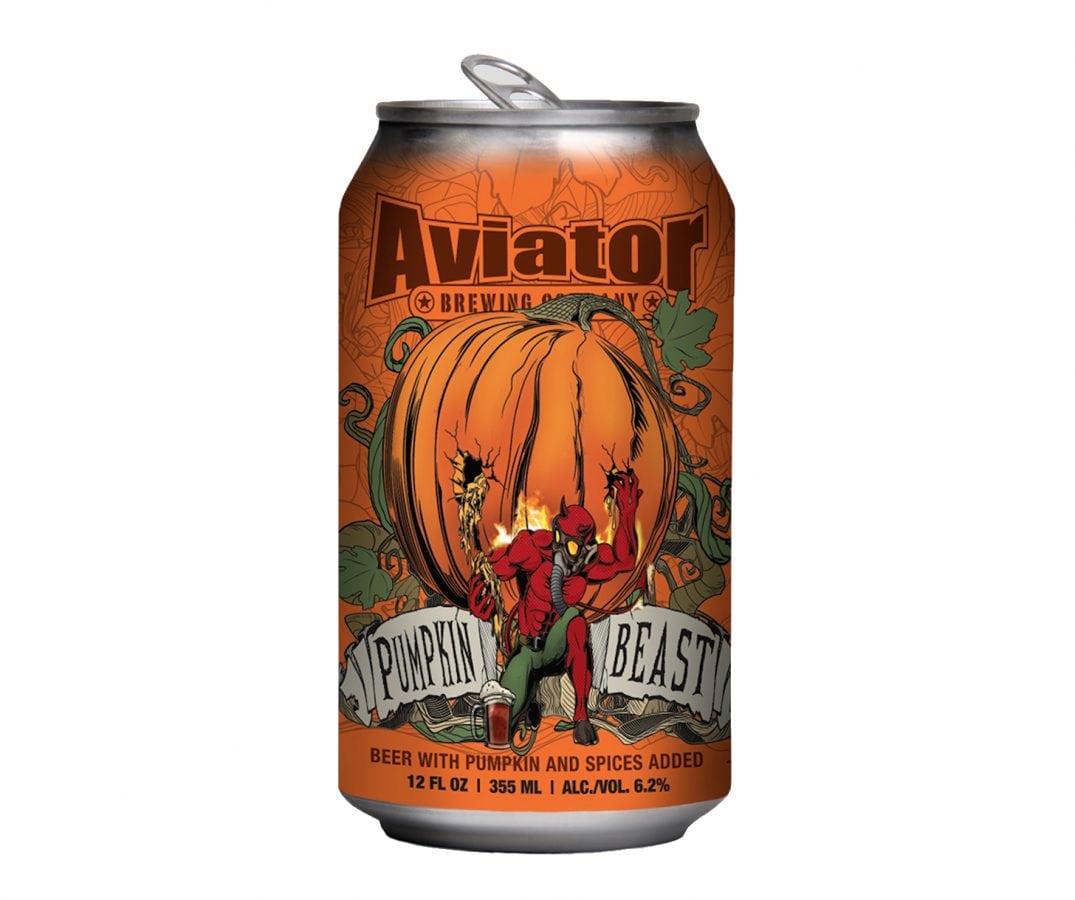 Autumn is coming, or as they might say in North Carolina – fall has fallen. Brewed with real pumpkins, dark malts and autumnal spices, Pumpkin Beast is Aviator Brewing Company’s post-summer seasonal offering. Launched at the end of 2008, Aviator Brewing Company began life in an airplane hangar. Using a hangar at Triple W airport in North Carolina as a base. A range of beers were initially brewed in a DIY fashion, using two used dairy tanks. Against all odds, the beer became hugely popular and demand increased enough for the brewery to open a larger premise, just a short distance from the original. A vast brewery expansion is currently on the cards, set to increase the capacity on a new five-acre site.

On pour, from the lurid orange can, Pumpkin Beast is gold and opaque with a foaming off-white head. On the nose, prominent hints of pumpkin pie are unsurprisingly prevalent, with pumpkin and spice aromas of nutmeg, ginger, clove and cinnamon. Elsewhere, some malty biscuit notes are joined by sweeter notes of treacle and back notes of hay. Flavours of vegetal pumpkin continue on the palate, as do the spices, while further hints of rich tea biscuit complete the beer’s medium body, complete with a slightly oily, lingering finish. A fine pumpkin beer; the style has been replicated extensively, but this is a rare palatable expression – considerably less gimmicky than the can and name may suggest.

Further information on Aviator Brewing Company can be found here.