By Jonathan Hatchman, Food Editor, @TLE_Food It’s no secret that food waste in the UK is a real issue, and with Brits wasting an estimated 15 million tonnes of food each year, it’s bread that’s wasted the most. In fact, recent figures have shown that UK households are throwing away a collective mass of approximately […] 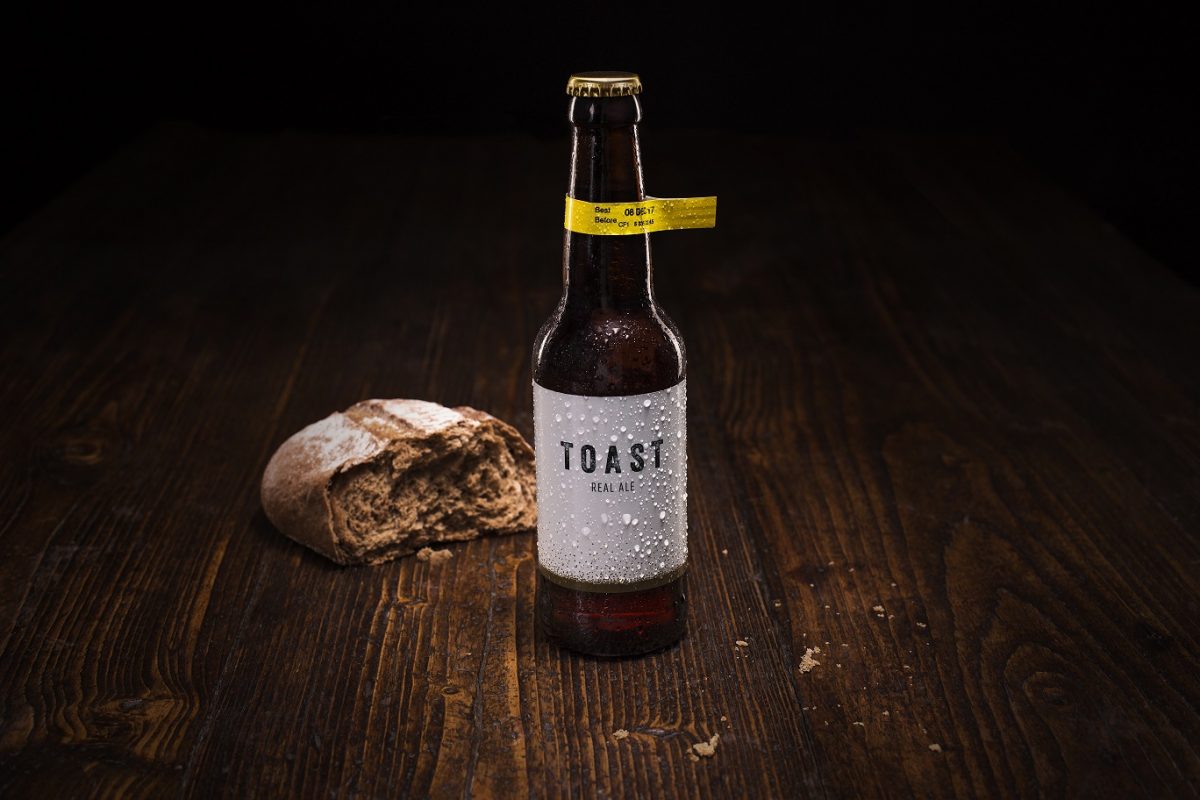 It’s no secret that food waste in the UK is a real issue, and with Brits wasting an estimated 15 million tonnes of food each year, it’s bread that’s wasted the most. In fact, recent figures have shown that UK households are throwing away a collective mass of approximately 24 million slices of bread each year. Yes, bread does have a short shelf life, and although there are obvious ways of saving bread, most of these methods are both expensive and far too time consuming to cooperate with busy, modern society. One solution to the amount of waste, however, is particularly inspired – set up by waste charity Feedback, having recently launched the UK’s first surplus bread to beer ale in vast quantities.

Founded by Tristram Stuart, who aims to openly source the recipe in order for the initiative to have an even vaster impact on a global level, Feedback’s Toast Ale is a collaboration with Hackney Brewery. Using surplus (yet still fresh) produce that would’ve otherwise been wasted, sourced from bakeries, delis and sandwich makers, Toast Ale combines the breadcrumbs with malted barley, hops and yeast for this particular brew. Available by the bottle now, upon being poured the beer’s full, chestnut coloured body is joined by a foaming off-white head with fair retention. As expected, the main aroma here is bread, although it’s the particularly yeasty prowess that takes prominence, accompanied by notes of thin caramel malt and coffee bitterness that, as well as the yeast, carry on into the taste. The result is a very well rounded beer that leaves a very pleasant, very smooth finish with a slight lingering bitterness.

Plans have already been made for Feedback to launch similar initiatives with worldwide breweries, as well as encouraging individuals to brew their own bread beer at home, having already attracted a number of celebrity backers including chefs Jamie Oliver and Hugh Fearnley-Whittingstall, but is currently available to purchase from various London stockists as well as online beer retailers.

Further information on Toast Ale, as well as a full list of stockists can be found at toastale.com. Also, Tristram Stuart’s recipe can be found below, perfect to try at home.

The first stage is called the mash, where you steep your grains in hot water. What makes Toast Ale special is that the amount of barley malt is reduced and replaced with bread.

Next is the sparging phase. Using a mash tun or a brew-in-a-bag technique to drain the liquid from the mash tun while rinsing the grains with 78°C water from the top. You want to sparge until you’ve reached 25L – we think you’ll use about 20L of water. Ideally, you sparge using a watering can or a colander so that the water comes out in nice evenly distributed droplets, instead of a continuous gush of a hose. While sparging, you may be tempted to push the wort through the wet grains. Resist this temptation, as you don’t want to get any bits of the grains in the wort. If you do, they may create an unwanted tannin taste.

Next is the boiling phase. Bring the wort to a boil. Put the German Hallertau Tradition hops in immediately. These are the ‘bittering’ hops that give Toast Ale its lip-smacking bitter taste, which balance out the caramel notes from the bread and the papaya and mango notes from the aroma hops that you’ll add later on.

Fifteen minutes before taking the wort off the boil (so, 75 minutes in), add 1 tsp Protofloc, also called Irish Moss, which makes a brighter tasting wort.

Once this is done, you want to cool down the wort to 20°C. Some people use an ice bucket, but don’t mix any unboiled water with your wort, which has been sterilised by the boiling and is now a nice, clean environment for yeast to get to work.

Speaking of yeast, it’s now time to pitch the yeast into the cooled down wort. We recommend Safale US-05 Yeast (rehydrated).

The next key phase is to let the yeast get to work fermenting. During fermentation, try to keep your wort at around 18°C for seven days. Five days in (so, two days before fermentation ends), add another 60g Cascade hops and 35g Bramling Cross hops. This addition reinforces the fresh mango, passion fruit, and kiwi flavours.

Pour into bottles after this week of fermentation. Leave the bottles for two weeks at around 12°C (a cool dark place is great). This waiting period allows the bottles to condition (continue fermenting) in the bottle, creating more alcohol, reducing the sugar and adding fizz.

Finally, it is important to drink your beer and savour the balanced bitter, caramel, fruity flavours of your very own Toast Ale.

Tags: BeerBeer of the week