In amongst the shops of Bethnal Green Road you’ll find the 160-year old, inconspicuous blue façade of what used to be a pub called The Albion. Since this summer, though, this the home of Coupette, the presence merely given away by a wholly unremarkable branded doormat. Blink and you’ll miss it. Coupette describes itself as […]

by Maggie Majstrova
in Bars, Food and Drink 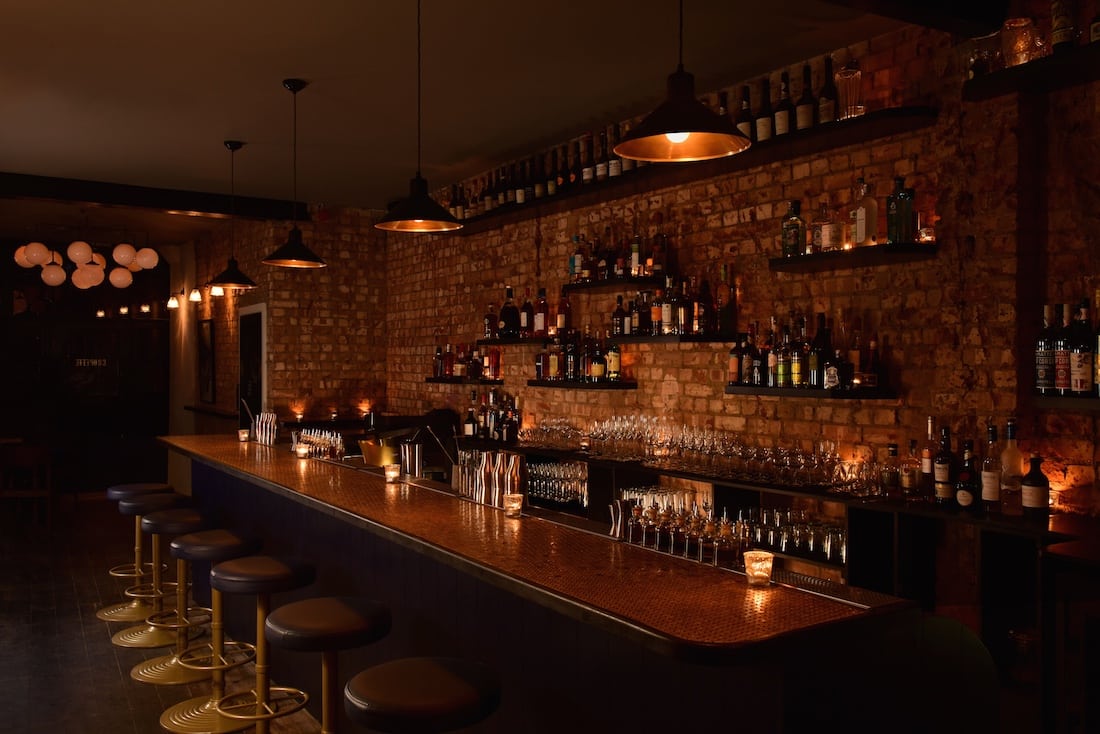 In amongst the shops of Bethnal Green Road you’ll find the 160-year old, inconspicuous blue façade of what used to be a pub called The Albion. Since this summer, though, this the home of Coupette, the presence merely given away by a wholly unremarkable branded doormat. Blink and you’ll miss it.

Coupette describes itself as a ‘neighbourhood bar with a local aesthetic and French accent to everything’. The ‘everything’ being both the extensive drinks menu and the comparatively sparse food menu. The design of the cocktail menu by Chris Moore (formerly Head Bartender at Beaufort Bar at the Savoy Hotel) has focused largely on calvados, cidre and poire, all rotating regularly, allowing each cocktail to stay fresh with the seasons.

The décor on the other hand, would fit in a little further down the road in Shoreditch. Exposed brick work is joined by bare wooden table tops and blue leather sofas. While undeniably chic, the venue feels somewhat temporary. The music sounds as though played from one of the staff members’ mobile phones plugged into the speaker system and the space feels on the wrong side of sparse.

After some confusion about our reservation, which had only been confirmed earlier that day and was entirely unnecessary with only three of the venue’s tables taken when we walk-in, we take our seats and explore the menu. We’re told that its design is inspired by the ‘French Hexagon’; the six borders of France and that it tries to champion lesser-known ingredients. The first three cocktails that jump out include Moet & Chandon Brut and Bacardi Heritage, but I dig deeper. A fair few items on the menu require some quick Googling, but what really catches my eye are partly the light-hearted names (I’m partial to a well-named cocktail) and more importantly some interesting ingredient pairings. 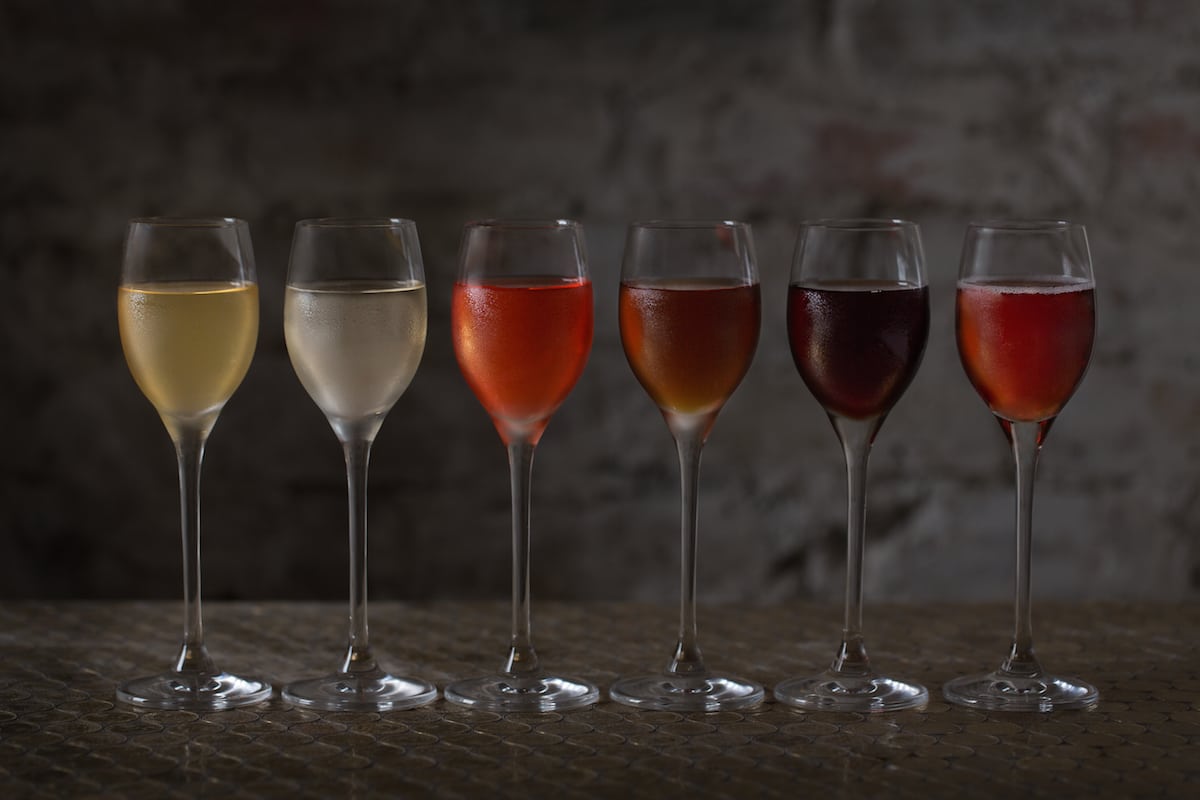 We ease ourselves in with ‘Apples’ (£8) and ‘Truffled White Negroni’ (£9), both arriving on our table fairly swiftly and with an explanation of their ingredients. This month’s Apples (a long drink simply described on the menu as ‘Calvados of the month, apples of the month, carbonated’) is, we’re told, Discovery apples and Lecompte 5yr Calvados. It’s an easy drink, carbonated only very lightly, it doesn’t taste alcoholic, more like a fresh apple juice (unsurprisingly). Our waitress muses it’s one you could drink for the night and in theory, I agree. My problem is the three enormous Death Star balls of ice floating in my drink, the uppermost item currently causing slight frostbite to my top lip.

The Truffled White Negroni (£9), on the other hand, comes with two large shards of ice that seem much less intrusive. Or, perhaps, the drink to ice ratio is better balanced. The drink itself: Star of Bombay, Lillet Blanc, Escubac and Seasonal Truffle – tastes refreshingly like orange, with a grown-up smokiness on the back of the palette. Ready for something a little more interesting, we order (with the help of our friendly waitress) a ‘Provence Paloma’ and ‘Straight Outta Bethnal’. Both are certainly interesting.

Provence Paloma (£9) is a tequila-based (Tapatio Blanco) long drink with pink grapefruit, rosé wine and Provencal herbs. It’s both sweet from the rosé and savory from the herbs; its layers are surprising with each sip. If ‘Apples’ is one to drink all night, this is one to have if you really want to pay attention to the drink’s individual taste notes. Straight Outta Bethnal (£9), on the other hand, is a rum-based (Trois Rivieres Ambre) short drink with Suze, lime, cane & molasses and rouge bitters. In appearance, it’s astonishingly like the Negroni, right down to the shards of ice Coupette serves with its short drinks. Though the taste is much more sophisticated. The sweetness of the golden rum and the molasses marry particularly well with the bitters.

While the atmosphere is quite sparse, the cocktails served at Coupette most definitely deliver. I wouldn’t be opposed to an evening sampling my way through the menu to see how even more flavours develop.

Coupette can be found at 423 Bethnal Green Road, London, E2 0AN.

Five wines to enjoy over the Easter holidays