By Jonathan Hatchman, Food Editor, @TLE_Food Although now better known as a graveyard for abandoned shopping trolleys, and for its water the colour of stout-soaked military uniforms – the River Thames was, once upon a time, the beating heart of our fair city. In the 18th century, for instance (before England had become an international […] 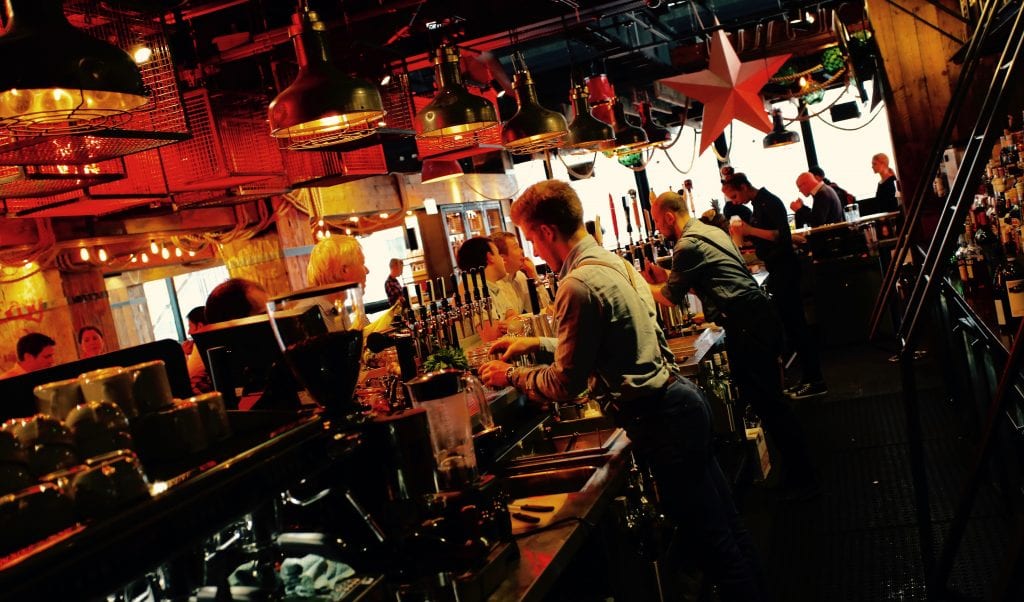 Although now better known as a graveyard for abandoned shopping trolleys, and for its water the colour of stout-soaked military uniforms – the River Thames was, once upon a time, the beating heart of our fair city. In the 18th century, for instance (before England had become an international laughing-stock) the river was the main source of London’s trade, with West India Docks acting as one of the globe’s busiest ports. And while the docks had many import and export uses, one of the most precious cargoes of all was rum, shipped across from the Caribbean. This particular cargo was also a prevalent favourite amongst sailors, entitled to daily rations by the British Admiralty until as recently as 1970. So with the latest opening of Big Easy Bar.B.Q & Lobstershack – located in a refurbished 18th century Dockers Warehouse – it seems an appropriate tribute for the bar to lend a particularly strong focus to an expansive selection of rums.

Situated at the top of Norman Foster’s Crossrail Station, perched upon the Thames’ North Dock, between Canary Wharf station and Billingsgate Market, the huge 400-cover space was heaving with suited businessmen and businesswomen during our Friday evening visit – having recently finished work for the weekend, fresh from the hundreds of nearby offices. Alongside the restaurant’s dining area, a huge outdoor terrace is also on hand, offering views of the city’s surrounding skyscrapers, as well as a break from the warmth of indoors. As for the bar, it’s so vast that it is in fact split into two sections: a ‘Beer and Whiskey Bar’ and ‘Rum Library’. While a notably impressive number of beers are on offer here, the rum is the main draw, especially within an overcrowded market of American barbecue-inspired restaurants that possess drinks menus dominated by whisky.

Here, an incredible selection of over 100 rums are on offer, sourced from all across the globe, with some rarities joining a number of more readily available libations. But before destructively plunging into the weekend with the neat rums and an inevitable hangover fierce enough to last until Monday – a round of cocktails is ordered. As recommended by one of the bar’s waiters, ‘Miami Vice’ (£14) literally features a glass half-filled with sickly sweet strawberry daiquiri, while the other half is topped with Pina Colada. Visually, the drink is reminiscent of a helter-skelter slide, tackily garnished with a paper umbrella. The eccentric marriage of contrasting flavours, on the other hand, is discerningly similar to Wall’s ‘Calippo Shots’, albeit less refreshingly exhilarating and at least ten-times the price. 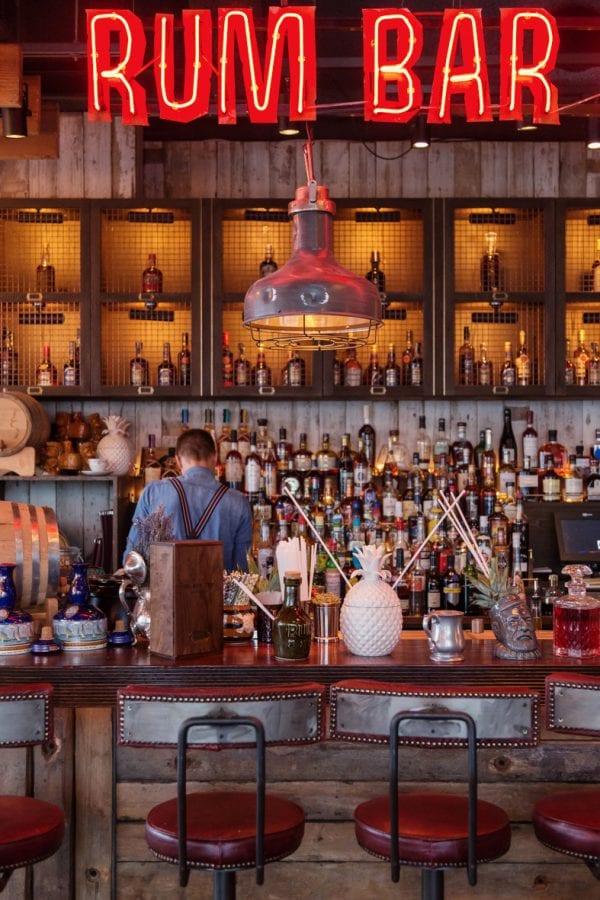 In contrast, the prices from the Rum Library are remarkably equitable, with 25ml measures ranging from a meagre £3, through to an extravagant £75; yet the vast majority do offer change from a £10 note. Guiding visitors on a cultural expedition through rum, each measure is delivered to the table with two glasses: one empty, the other filled with ice cubes and a set of tongs (these minor details matter). From Barbados, Mount Gay Eclipse (£3.20) comes from one of the oldest rum distilleries and boasts complex notes of banana and apricot teamed with vanilla and a gentle hit of smoke. Cuban Havana Club 7 Years Old (£3.50) is rich and woody with notes of vanilla, not too dissimilar to Admiral Rodney Extra Old (£3.70) from St Lucia, with its prominent vanilla notes, though the latter benefits from a better overall balance. Ancient Mariner Navy Rum (£3.50) from the now closed Caroni Distillery in Trinidad boasts a syrupy palate and general richness, while Venezuelan Diplomatico Reserva Esclusiva (£3.70) also boasts a flagrant richness, although notes of toffee and chocolate lend a further sense of luxury.

On this occasion, however, the most impressive rums were unintentionally saved until the end. Appleton Estate 21 Year Old (£7.20), from Jamaica’s most respected producer, has a richness that’s followed by an exceptionally smooth finish, while Guatemalan Zacapa 23 (£6.20) boasts intense sweetness and mellow fruitiness. It is the super premium expression – Zacapa XO (£7), however, that boasts the sweetness and intensity of the former, albeit with more subtlety on the palate and additional notes of opulent tobacco. With such a fine selection on offer, Big Easy’s Rum Library is certainly worth a visit for any rum aficionado or aspirant Pirate – particularly those in search of a challenge to collectively work through the whole menu, or to order at least one drink from each of the regional sub-sections.