by Miranda Hazrati/@mirandahazrati The UK has always produced a plethora of quality films which have captured the imaginations of audiences across the globe from iconic and cult films such as ‘Abigail’s Party’’  to box office smashes such as ‘The Theory Of Everything’, the UK film industry continues to thrive with UK actors and directors increasingly […] 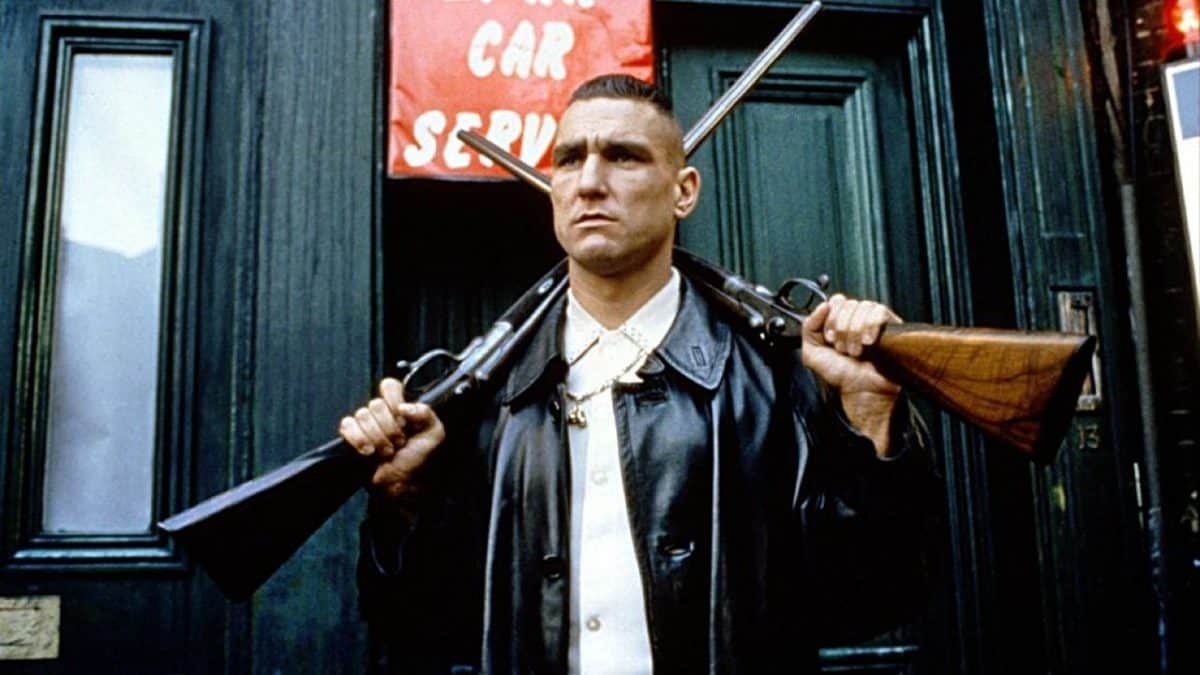 The UK has always produced a plethora of quality films which have captured the imaginations of audiences across the globe from iconic and cult films such as ‘Abigail’s Party’’  to box office smashes such as ‘The Theory Of Everything’, the UK film industry continues to thrive with UK actors and directors increasingly in demand.

Here are ten of the best: 1 – Four Weddings And A Funeral

The quintessential British film ‘Four Weddings and A Funeral’ catapulted floppy haired English heartthrob Hugh Grant to instant international stardom and has remained a favourite since its release back in 1994. Penned by the now legendary Richard Curtis (famed for the TV comedy series ‘Blackadder’ and who went on to write follow-up movie hits ‘Notting Hill’ and ‘Love Actually’), the film was directed by Mike Newell with a budget of under £3 million. Four Weddings was an unexpectedly huge success, grossing over $245.7 million worldwide and winning a raft of BAFTAs and a Golden Globe for Hugh Grant. A stellar cast including Andie MacDowell, Kristin Scott Thomas, John Hannah and Simon Callow and a soundtrack of popular songs, including a cover of The Troggs’ ‘Love Is All Around’ by Wet Wet Wet which remained at number 1 in the British charts for fifteen weeks helped make this a massive hit with British and international audiences alike. The film’s appeal lies in its quirky mix of romantic comedy and drama, with a sharp script laden with witty dialogue and well-observed comic turns. Hugh’s bumbling, affable and very English Charlie contrasts perfectly with the glamourous, somewhat incongruous American bombshell Carrie (MacDowell). The sumptuous Merchant-Ivory adaptation of EM Forster’s 1908 novel set in England and Italy stars Helena Bonham-Carter as Lucy Honeychurch, a young woman who falls in love with a free-spirited young man. The repressive Edwardian culture of the time clashes with the more free spirited culture of Italy and tensions reach fever pitch. An all-star cast including Judi Dench, Maggie Smith, Simon Callow and Denholm Elliott, lavish sets and beautiful shots of Florence and a glorious soundtrack featuring Puccini’s ‘O mia babbino caro’ sung by Kiri te Kanawa combine to make ‘Room With A View’ a veritable feast for the senses. The film won three Oscars and a whole host of BAFTAs and other awards. Director James Merchant and Producer Ismail Ivory made many successful British films together, including two more EM Forster adaptations (‘Maurice’ and ‘Howard’s End’) and the brilliant ‘Remains of the Day’ starring Emma Thompson and Anthony Hopkins and based on the novel by Kazuo Ischiguro.

Colin Firth’s brilliant performance as the stammering Prince Albert,  who hires a speech therapist to help him step up to the throne, helped make Tom Hooper’s 2010 film a major box office hit. The British biographical drama earned a whopping £250 million internationally and was critically acclaimed for its visual style and quality of acting, winning Firth a Golden Globe for Best Actor, and also scooping four Oscars and a staggering seven BAFTAs. Hooper employed several interesting cinematographic techniques in the film using harsh light to give the film resonance and wider lenses to reflect the KIng’s feeling of restriction. Director Mike Leigh’s unique improvised style brings a raw edge and gritty reality to his films which has proved a winning formula since his early works like ‘Abigail’s Party’ (1977) a play first performed at London’s Hampstead Theatre and later televised to huge success and critical acclaim. ‘Secrets and Lies’ won Leigh Best British Film and Best Original Screenplay at the BAFTAs in 1996 and a Golden Globe for Brenda Blethyn as Best Actress. The film stars Marianne Jean-Baptiste as Hortense, a well-educated, middle-class black optometrist, adopted at birth, who goes in search of her birth mother (Blethyn). She discovers her real mother is Cynthia, a working class woman with a dysfunctional family played by Timothy Spall, Claire Rushbrook and Phyllis Logan. The performances were largely improvised with Leigh giving the actors freedom to ad lib and create their own lines. The emotional scene in the diner, in which Cynthia realises that she is Hortense’s mother, was filmed in one single take and Blethyn was not told beforehand that Hortense was black, making her reaction startlingly immediate and genuine. A very British romantic period war drama starring a very dashing James McAvoy and young British actress Keira Knightley who had shot to fame after roles in another British production ‘Bend It Like Beckham’ and as Elizabeth Swann in the Pirates of The Caribbean franchise, ‘Atonement’ is based on best-selling UK author Ian McEwan’s 2001 novel which tracks the devastating consequences of a crime across six decades. With its beautiful, sweeping cinematography, period setting and lavish sets with undercurrents of tension and impending tragedy, the film is Merchant-Ivory-esque in style with a modern edginess. A 2007 Working Title production by young director Joe Wright, the film won an Oscar for Best Original Score, Best Film BAFTA and Best Motion Picture Golden Globe. A 1998 British crime comedy debut by young English director Guy Ritchie, ‘Lock, Stock And Two Smoking Barrels’ stars former footballer Vinnie Jones and former diver Jason Statham in a heist where a group of friends decide to rob a small time gang to pay off a card debt to a crime lord. The low-budget film was an instant smash in the UK and became a cult film in the US when it was eventually released. Ritchie’s stylish UK gangster film with its cockney accents and rough-around-the-edges feel went on to inspire a whole new generation of crime comedies and was also made into a TV series two years later. Madonna loved the soundtrack to the film so much that she released it on her own record label Maverick – she also went to marry Ritchie, further elevating the young director’s celebrity status. Irish psychological thriller ‘The Crying Game’ written and directed by Neil Jordan was not an instant hit in the UK, released in 1992 against a backdrop of ongoing troubles with the IRA including two bombings in London. The film was picked up by fledgling distributor Miramax and released in the US where it became a sleeper hit and went on to be an international success scooping up an Oscar for Jordan for Best Original Screenplay. Forest Whitaker, Miranda Richardson, Stephen Rea and Jim Broadbent star in this complex drama with its infamous shocking twist, exploring race, gender and nationality in troubled Northern Ireland. The story centres on IRA member Fergus (Rea), his relationship with black UK soldier prisoner Jody (Whitaker) and an ill-fated affair with Jody’s girl Dil, whom Fergus had promised Jody he would protect. The soundtrack features a haunting title track by Boy George. 8 – The Last King Of Scotland

2006 British drama starring James McAvoy and Forest Whitaker based on the novel by Giles Foden and directed by Kevin Macdonald. McAvoy stars as young Scottish doctor Nicholas Garrigan who travels to Uganda in search of adventure and ends up as the personal physician and confidant to Idi Amin (Whitaker). MacAvoy becomes acquainted with Amin’s youngest wife Kay and embarks on a dangerous affair as violence in the region escalates. Whitaker won widespread critical acclaim for his remarkable performance as the dictator winning an Oscar, BAFTA and Golden Globe for Best Actor. The film also collected a BAFTA for Best British Film. Though the central character Garrigan is largely fictitious, the events surrounding Idi Amin and his character are mostly factual and the epilogue to the film shows actual footage of Amin’s rule of terror. Cult British coming of age arthouse movie directed by Stephen Frears in 1985 based on a screenplay by Hanif Kureishi and one of the first films released by the now legendary Working Title Productions. Set in Wandsworth, South London in Thatcher’s Britain, the story centres on young Pakistani Omar (Gordon Warnecke) and his reunion with old friend and lover, street punk Johnny (Daniel Day Lewis). The seemingly mismatched pair become caretakers and business managers of a laundrette owned by Omar’s Uncle Peter and resume their relationship. The pioneering film brought several controversial issues of the time to the fore including racism and homosexuality. Directed by Damien O’Donnell and based on a play written by Ayub Khan-Din, this 1999 British racial comedy drama was recently brought back to the stage at London’s Trafalgar Studios. Linda Bassett stars as English mother Ella married to domineering and brutal Pakistani husband George, a Muslim who has lived in the UK since 1937 and has a second wife back in Pakistan. The mixed race couple run a fish and chip shop in 1970s Salford and have seven children. Conflicts and tensions ensue as George tries to impose his Pakistani traditions upon his family, who see themselves as more British, making them attend mosque and arranging marriages. The film won Best British Film at the BAFTAs and Best Comedy at the British Comedy Awards. A sequel ‘West Is West’ was released in 2011.

Other contenders: Withnail And I, Educating Rita, Billy Elliot, Shirley Valentine, The Commitments.