By Joe Mellor, Deputy Editor Building work has already begun on a new refugee camp in northern France, which should accommodate 2,500 people, currently living in squalor at an ad hoc site in Grande Synthe, near Dunkirk Médecins Sans Frontières/Doctors Without Borders (MSF) the medical humanitarian organisation have been given permission to build the camp, […] 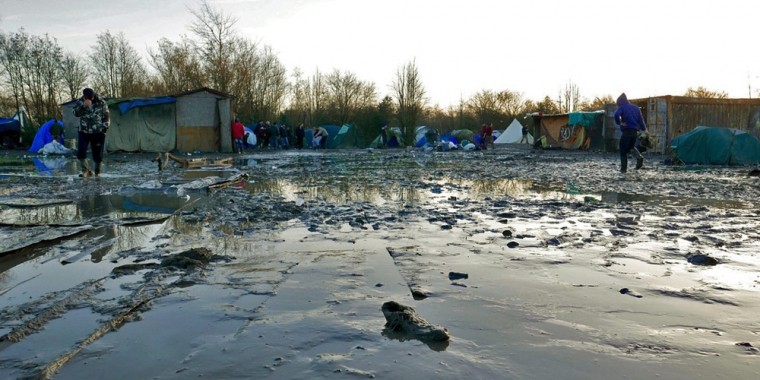 Building work has already begun on a new refugee camp in northern France, which should accommodate 2,500 people, currently living in squalor at an ad hoc site in Grande Synthe, near Dunkirk

Médecins Sans Frontières/Doctors Without Borders (MSF) the medical humanitarian organisation have been given permission to build the camp, work started on January 11th and it is expected to take four weeks to finish.

Vickie Hawkins, MSF UK executive director said: “Conditions in Grande Synthe are some of the worst that I have seen in 20 years of humanitarian work.

“Hundreds of families from Iraqi Kurdistan, including many young children, are stranded in rivers of mud with just flimsy tents and blankets for protection from the cold.

“The site is prone to flooding, and there are not enough toilets, food or water points. These deplorable conditions are already causing health problems and, when temperatures drop further, people could start dying of hypothermia.”

MSF’s medical teams have been working in Grande Synthe for the past six weeks and elsewhere in northern France for more than four months.

Vickie Hawkins continues: “I asked a mother how she kept her baby warm at night. Her only option was to put her child to sleep on top of her so that she could act as insulation against the ground

“Another man begged us for plastic sheeting to reinforce his tent, only to be told by volunteers that it was in a car just outside the camp, but that they were prevented by the authorities from bringing it inside.”

The vastly improved site will include enough toilets, kitchens, showers and water points to ensure it meets the minimum humanitarian standards. Alongside that there will be electricity points, communal facilities, a warehouse and spaces for volunteer organisations.

Vickie Hawkins follows on, saying: “Britain and France’s policies of deterrence are causing a humanitarian crisis, leaving people to suffer in terrible living conditions with serious implications for their health,” said Vickie Hawkins.

“The new camp should be a temporary solution to bring those living conditions up to acceptable humanitarian standards – the kind of standards that are achieved in Jordan and Turkey, countries that are hosting many millions more displaced people than those in northern France.

“To leave people to freeze in the mud as a deterrent to others thinking of making the same journey is unacceptable; it is also inhumane.”