Wyndham Hacket Pain @WyndhamHP Those of us who spent our childhoods and adolescence partaking in school plays will understand how formative it can be to stand on stage and pretend to be someone else. I for one can remember the confidence I took from playing a role that held little or no resemblance to myself. […] 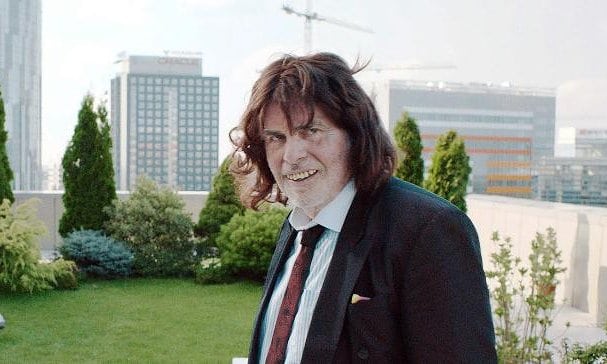 Those of us who spent our childhoods and adolescence partaking in school plays will understand how formative it can be to stand on stage and pretend to be someone else. I for one can remember the confidence I took from playing a role that held little or no resemblance to myself. Sometimes it is only under the guise and identity of someone else that we are truly able to learn about ourselves.

Toni Erdmann, which plays on this idea, centres around the relationship between Winifred (Peter Simonischek), a music teacher, and his distant daughter Ines (Sandra Huller). In an attempt to bridge the gap between them, Winifred decides to take a spontaneous trip to visit Ines, who works as corporate consultant, in Bucharest. After a couple days of awkward interaction Winifred leaves for home, only to reappear as Toni Erdmann, his bolder and more confident alter-ego, complete with ill-fitted wig and fake teeth. Ines, fascinated by the transformation of her father, gives him the kind of access to her life that he has not enjoyed in years and slowly he begins to find a place within her life.

The Bucharest landscape, where most scenes are set, is a brilliant canvas for these developments to take place, as it is many ways foreign to both the central characters. The cinematography is unobtrusive and allows proceedings to manifest at their own pace. There are several moments that are genuinely absurd and it is impressive that they can be incorporated without disrupting the rhythm or tone of events. Comparisons to Jacque Tati, Roy Anderson, and Aki Kaurismäki can be made at a push, though Toni Erdmann remains a singular comic vision that defies comic convention.

The film, much like its eccentric central character, exists in thrilling dissent against cinematic customs and expectation. It is after all is named after the lead’s strange alter ego who stands defiantly in face of the stale and disconnected relationship between himself and his daughter, and not the man who has let the relationship reach this point during the predeceasing years.

There is a grand central irony to events, with Winifred of the generation that supported the freeing of Romania from Soviet rule and Ines is of one that has since become trapped by capitalist pursuits and affirmation. It would be an overstatement to say that Toni Erdmann is a fierce critique of modern capitalism, but instead more accurate to say that the film is aware of modern life’s hypocrisy and veiled contradictions.

Similarly Toni Erdmann could be seen as a feminist piece about sexism within corporate life but this is only an aspect of the proceedings and a part of its rich tapestry. Ines’ rejection of feminism and pride in being an exception within a male-dominated environment is more a perceptive observation than grand statement. Again writer/director Maren Ade is more interested in highlighting contradiction than passing moral judgement. She does not try to explain all eventualities, like why Ines wears a wedding ring even though there is never a mention of a marriage or husband, and the film is happy to leave viewers with unanswered questions.

Narratively adventurous and surprisingly funny, Toni Erdmann is consistently entertaining and insightful even within its more absurdist moments. I’ve seen few films that are able to challenge perceptions as effortlessly as this one. Ultimately this is a story that wants to shake us from our complacency and for us, if maybe only for a moment, to alter our perceptions and to think once more about what is truly possible.

Toni Erdmann is on general release from Friday February 3rd.