Frances (Hazel Doupe) is from a traditional traveller family, and she’s always been a fighter. When she was nine, her pregnant mother was accidentally killed in a fight between the Garda and Frances’ dad Michael (Dara Devaney). In 1972 Frances is fifteen and even more determined to fight her own battles, despite her Dad’s insistence […] 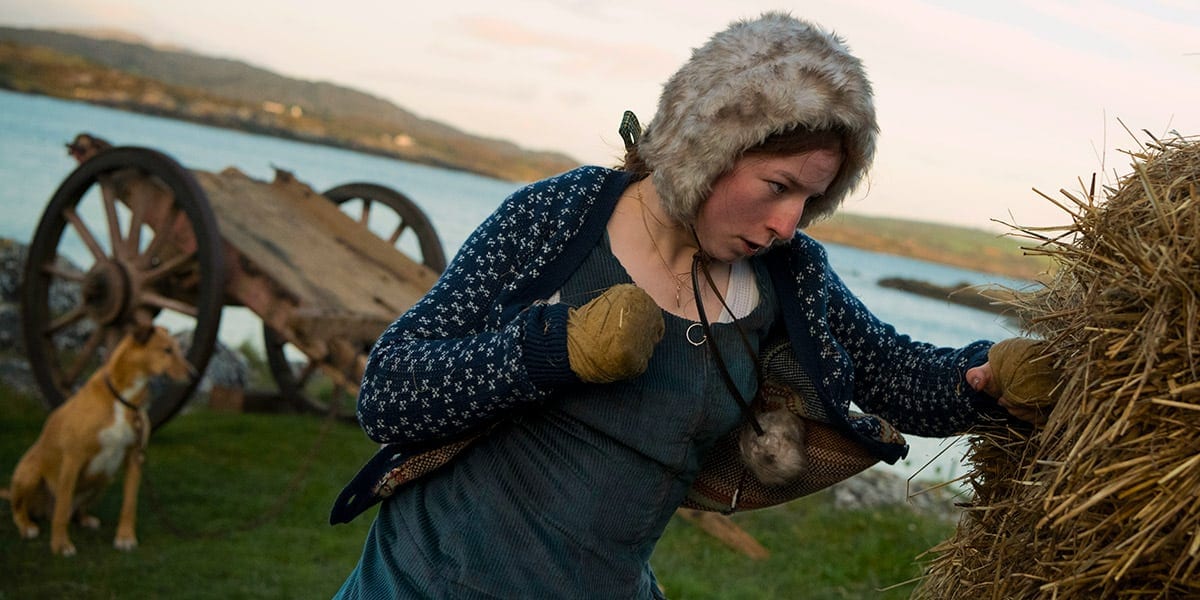 Frances (Hazel Doupe) is from a traditional traveller family, and she’s always been a fighter. When she was nine, her pregnant mother was accidentally killed in a fight between the Garda and Frances’ dad Michael (Dara Devaney). In 1972 Frances is fifteen and even more determined to fight her own battles, despite her Dad’s insistence that it is men who should do the hitting for, and sometimes to, women. Fresh out of prison, Michael skips bail and goes on the road with Frances and her younger brother Patrick (Johnny Collins).

The title and the logline, along with the running thread about Frances being a huge fan of Muhammad Ali (she calls herself ‘The Greatest’ at times) and his trip to Ireland in 1972, led me to expect something along the lines of a whimsical coming of age comedy from Float Like A Butterfly, but writer/director Carmel Winters (making her second feature) largely takes a more realist approach to Frances’ story, making her themes hit more heavily. The predominant theme here is the idea of standing up to bullies. That might mean Michael standing up to a Garda sergeant who is prejudiced against ‘knackers’ or Frances standing up to his son. Equally, it might mean Frances standing up to her Dad and his traditionalism, trying to prove to him that she has not just the wherewithal but the right and the responsibility to fight for herself and to protect her little brother, even though she’s a girl.

Like many films set predominantly on the road, Float Like A Butterfly has an episodic feel, especially in its first half as Michael, Frances and Patrick drift from place to place in their wagon. The second half draws together better, with the fighting theme becoming a stronger throughline as Frances becomes more independent, and more alienated from her dad’s traditional ideas about the roles of men and women. However, there are strong moments sprinkled throughout the film. Some are light moments where Frances has her picture taken in the ring with ‘Ali’ at a country fair or Michael listens, without her knowing, as Frances sings to herself. Other standout scenes come in the film’s more hard hitting moments, from an uncomfortable sequence when a farmer would clearly like more than a thank you from Frances for giving her a few potatoes (another cue for her to show she can fight back) to the impactful moment when, after she scolds Patrick, their dad makes him hit Frances. The silent moments after this are also the best of Hazel Doupe’s generally impressive performance.

The acting is solid all round, most of the time there’s a naturalism that gives the film a lived in feel, especially among Frances and her family. The performances only feel forced when the film tries to impose ‘villains’ on the narrative. The Sergeant and his son have no dimension to them, so it’s not the actors’ fault that they come across as caricatures, but in a film that otherwise takes pains to humanise characters who are often seen only as caricatures, it’s disappointing.

At 100 minutes, Float Like a Butterfly feels a bit long, and the episodic first half can drag and be prone to repeating itself, but it does ultimately add up to something. While it may be set 45 years ago, has a message that remains timely and is delivered with a minimum of preachiness thanks to us feeling like Carmel Winters and her cast all understand and sympathise with the people they are portraying, even when their film is critical of them. I imagine it will speak loudest to girls who can relate to Frances, but the Michaels of the world would also do well to listen.