Wyndham Hacket Pain @WyndhamHP A lot has changed since Terminator 2 was first in cinemas. The channel tunnel opened, Friends had its first and last episode, James Cameron went on to make the two highest grossing films of all time, and Arnold Schwarzenegger was elected as Governor of California twice. With every re-release it’s natural […] 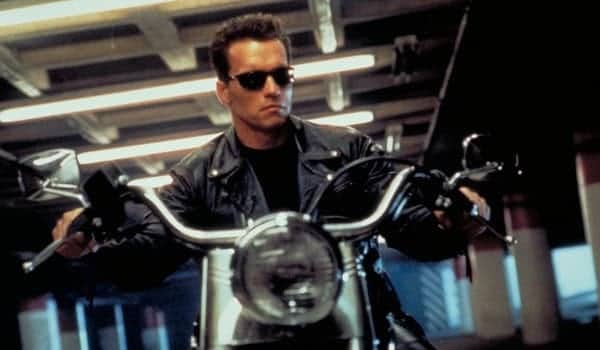 A lot has changed since Terminator 2 was first in cinemas. The channel tunnel opened, Friends had its first and last episode, James Cameron went on to make the two highest grossing films of all time, and Arnold Schwarzenegger was elected as Governor of California twice. With every re-release it’s natural to wonder if the film will have the same effect all those years later and this is no exception.

Set in 1995, Terminator 2 follows John Connor (Edward Furlong), the future leader of the Human Resistance. In the future the Resistance are trying to stop Skynet, an artificial intelligence system that will gain control of the USA’s nuclear missiles and initiate a nuclear war called Judgement Day. When Skynet sends a Terminator from the future back in time to kill John, the Resistance do the same and sends another Terminator in the shape of Arnold Schwarzenegger to protect him.

The most memorable aspect of the film still remains Schwarzenegger’s central performance. In the iconic role that utilised his unique acting skill set better than any before or since he is brilliantly able to play the futuristic and otherworldly reprogramed Terminator. There is a lot of joy to be found in each of his memorable catchphrases, whether it’s ‘hasta la vista baby’ or ‘I’ll be back’. Along with the generally well written script, he is able to bring moments of humour that break up the otherwise action heavy plot.

The special effects have definitely aged but if anything it has given the film a cool retro steam punk feel. As ground breaking as the CGI was at the time the special effects and pyrotechnics were never the main appeal of the film. Terminator 2 is ultimately fun to watch because of its exciting storytelling and likable characters. Even today this is what makes it resonate with fans.

Central to the film’s re-release is the retroactively added 3D that accompanies it. On the whole it is unnecessary but there are very few times when it actually affects your viewing experience. For the most part it is easy to forget that the film is actually in 3D, even if it is slightly uncomfortable to balance two pairs of glasses on your face as I did. It’s not hard to be cynical about the addition of the 3D, especially considering that director James Cameron did the same trick with the reissue of Titanic a couple years ago, but in general it is not something worth worrying about. Go and see Terminator 2 in 2D or 3D, it will not make much difference.

Though fans will probably not want to admit it, Terminator 2 isn’t without a couple minor flaws. Chief among them is the running time which is around 15 minutes too long. There is probably one too many set pieces and it can at times feels like the plot in-between only serves to push the film to its next action sequence.

It had been over ten years since I had seen the film and going in I did wonder if my inner twelve year old would be as excited this time round. The re-release of Terminator 2 is more than just a nostalgia trip and after more than 25 years it has retained most of its original thrills. The newly added 3D is unnecessary but is on the whole not intrusive and does not hamper your enjoyment of the film.