By Michael McNulty Mick Rock, the man behind some of rock n’ rolls most iconic photos and responsible for some of the greatest album covers of all time, has been given the big screen treatment in Barney Clay’s debut feature length film, Shot! The Pyscho-Spiritual Mantra of Rock. It spans the length of Rock’s life, […] 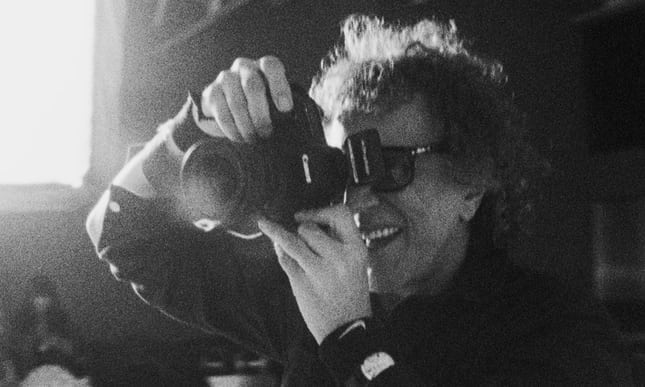 Mick Rock, the man behind some of rock n’ rolls most iconic photos and responsible for some of the greatest album covers of all time, has been given the big screen treatment in Barney Clay’s debut feature length film, Shot! The Pyscho-Spiritual Mantra of Rock. It spans the length of Rock’s life, from the photos he took of Syd Barrett and David Bowie in the early days of his career, to the sessions he held with Lou Reed in New York, the premature, near fatal heart attacks he suffered in his early 40s and beyond.

The documentary consists of extended interviews with Rock, cut with archival footage, photography and recorded conversations he held with some of the rock world’s greatest legends. There are no talking heads or soaring endorsements qualifying “the man who shot the 70s.” For 100 minutes we hold audience with Rock as he speaks about his experiences in a combination of laid back, “I was lucky I was there,” and pyshco-spiritual waffle. But, there is a total lack of self-importance. He’s rough around the edges, and comes across charming and engaging, speaking freely and honestly about himself, his process and his photography.

Naturally, Rock’s access to the glam and punk rock world has loaded him with enough anecdotal ammo to last a lifetime and as one would expect from anybody who got to hang with the likes of Bowie, Mercury and Jagger, most of it is pretty fascinating stuff. In one part, the Photographer explains how Freddie Mercury’s pose on the iconic cover of the Queen album, Queen’s II, was inspired by a Marlene Dietrich photo.

There is little room to argue Rock’s an interesting guy, who met some interesting people, during an interesting time and took some pretty interesting photos and one would have thought that that was enough to make, you guessed it, an interesting documentary. It’s a shame then that Clay felt it necessary to make such heavy use of a lysergic aesthetic , inundating the film with flashing lights, hallucinatory reconstructed events and a considerably lengthy kaleidoscopic, down the rabbit hole colour trip, in a feeble attempt to bring the film more in line with its title. It doesn’t work and it feels pretentious and contrived and detracts from the grounded, biographical nature of the film.

Shot! is made in Rock’s ruminations on life and photography, and if you can put up with over the top visual stylings of the director you will come away from the film more than satisfied.

Shot! The Pyscho-Spiritual Mantra of Rock is in cinemas from Friday 21st July.