By Michael McNulty With Orange is the New Black’s, albeit slightly disappointing, season 5 now well and truly behind us, you may find yourself thirsting after another prison set drama. Look no further. Here to satisfy your needs is Jules Dassin’s 1947 film, Brute Force. Set in Westgate Penitentiary, a prison run by a weak […] 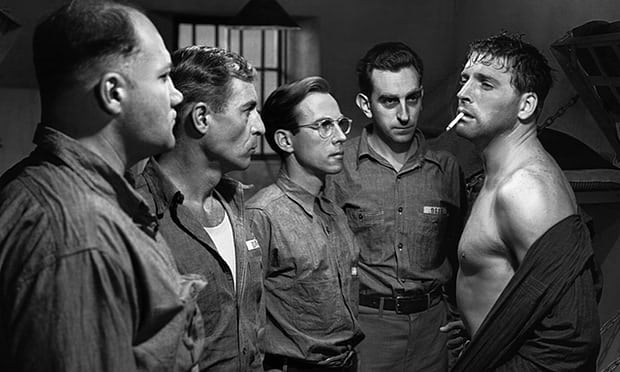 With Orange is the New Black’s, albeit slightly disappointing, season 5 now well and truly behind us, you may find yourself thirsting after another prison set drama. Look no further. Here to satisfy your needs is Jules Dassin’s 1947 film, Brute Force.

Set in Westgate Penitentiary, a prison run by a weak willed Warden, Barnes (Roman Bohnen), who is facing increased pressure from the board to up the discipline. The Chief Guard, Monsey (Hume Cronyn), a fierce little sadist dressed in an all too familiar fitted, black uniform has eyes on the Warden’s job and struts around the grounds with the confidence of a man who has a population at his mercy.

The prisoners are unhappy and none more so than Joe (Burt Lancaster), fresh from a 10 day stint in solitary, who upon returning to his cell begins to put together a plan to break out of the joint. There is hesitation from his cellmates and respectable prison Newspaper Chief, Gallagher (Charles Bickford). But, with the death of a mild mannered inmate as a result of Monsey psychological torture, parole hearings indefinitely suspended and a freeze on visitation, they all jump aboard.

Brute Force is a weighted metaphor with a strong anti-fascist message, expressing the need to stand up and fight against injustice. It’s also a searing indictment on the prison system. “We send a man back to society a worse criminal than he was when they sent him to us,” slurs Dr. Walters (Art Smith), resident physician and drunken philosophiser. It draws parallels to the Nazi reign with Monsey’s totalitarian approach to policing. Rehabilitation comes in the form of labouring to dig an underground drain pipe, where more people go in than come out and the grounds are protected by an imposing gun tower that watches over the inmates, the barrel of the heavy calibre automatic a threatening reminder to toe the line.

The prisoners are humanized through a series of flashbacks that explain how they ended up in the big house, many victims of circumstance, and links them to various loved ones. These additions were likely the result of Universal wanting to make use of their female stars in what would otherwise have been an all-male cast and although it’s a little jarring to be pulled from the confines of the prison environs, it’s not unwelcome.

The film was notably violent for its time and in one scene a stool pigeon is herded, as he helplessly pleads for his life, by blow torch wielding convicts into a steel press and squashed. Later Monsey, interrogates and inmate, beating him with a rubber hose to within an inch of his life as Wagner’s Tannhäuser Overture plays in the background, a frighteningly brutal scene, heavy with implication.

Dassin has excellently crafted a claustrophobic world where the heavy concrete walls are primed with an inmate population ready to explode. The action zips along with rhythmic precision, building a tension that barrels towards a tremendous crescendo that’s action packed. You can’t escape it; this is a film you have to watch.