By Linda Marric Book adaptations can often be problematic, but when the book in question has won one of the most prestigious literary awards in the world, a whole new set of issues can find themselves attached to the project. Luckily, The Sense Of An Ending manages to cleverly avoid all of those problems. Staring […] 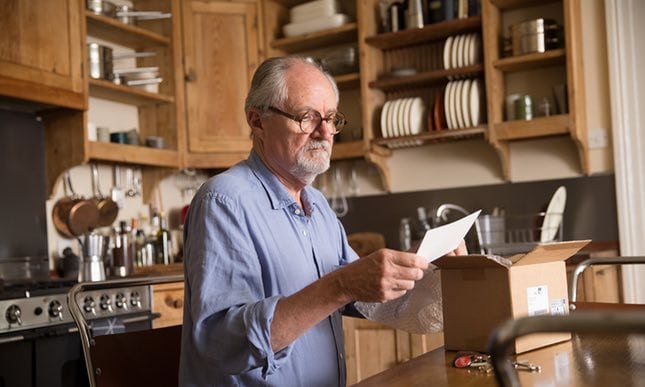 Book adaptations can often be problematic, but when the book in question has won one of the most prestigious literary awards in the world, a whole new set of issues can find themselves attached to the project. Luckily, The Sense Of An Ending manages to cleverly avoid all of those problems. Staring Jim Broadbent and directed by the brilliant Ritesh Batra (The Lunchbox, 2013), the film presents its audience with one of the most memorable and thoroughly engaging pieces of filmmaking.

Adapted by Nick Payne from Julian Barnes’ Booker Prize winning 2011 novel of the same name, The Sense Of An Ending takes its audience into an expertly thought out journey of intrigue and mystery. Jim Broadbent is Tony Webster, a cantankerous divorced pensioner whose life is turned upside down when he receives a letter informing him that a deceased acquaintance has left something for him in her will.

On seemingly the best of the terms with his ex-wife Margaret (Harriet Walter), Tony feels the need to share with her a story from his youth she had never heard before, despite being married to him for decades. Exasperated by his obsession with the letter, Margaret confronts Tony about his lack of concern about her and their heavily pregnant daughter (Michelle Docker)’s wellbeing and accuses him of only thinking of himself. From then on, Tony’s quest for redemption and forgiveness send him into a whirlwind of poorly thought out plans and ridiculous actions.

With the help of a brilliantly crafted screenplay by Payne, Batra cleverly uses flashback sequences to unwrap the mystery of what happened all those years ago. Also staring Charlotte Rampling and Freya Mavor who play the older and younger version of Tony’s first love Veronica, The Sense Of An Ending manages to meander through the flashback sequences with great ease. Bringing the ‘60s to life isn’t always an easy task, but Batra and his team achieve this with great attention to detail. Billy Howle is great as young Tony, despite looking nothing like a younger Broadbent, which can perhaps be a little distracting for some. Although bringing almost nothing new to the genre, The Sense Of An Ending offers its audience a hugely compelling mystery to unveil. With masterful turns from both Broadbent and Walter, the film showcases Batra’s fantastic observational skills, with his depiction of the 1960s accurate right down to the killer soundtrack.

Despite the very minor casting issue, the film more than manages to achieve what it set out to do. Fans of Barnes’ book will not be disappointed by this honest and charming retelling of his story. All in all a brilliantly compelling watch.

The Sense of an Ending is on release from Friday April 14th.