Greta ★★★☆☆ Dir: Neil Jordan When Frances McCullen (Chloe Grace Moretz) returns a handbag she found on the subway, she becomes friends with a lonely older woman named Greta (Isabelle Huppert). When she discovers some disturbing things about Greta and tries to cut off contact, Frances finds that her new friend isn’t so easy to […] 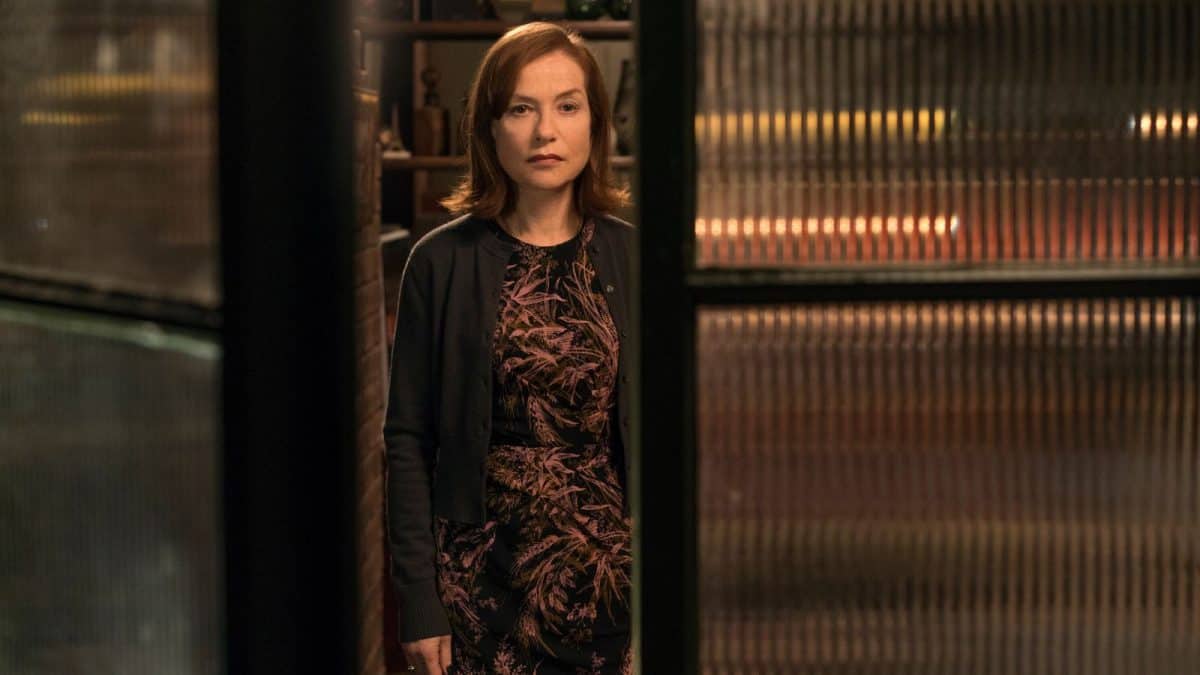 When Frances McCullen (Chloe Grace Moretz) returns a handbag she found on the subway, she becomes friends with a lonely older woman named Greta (Isabelle Huppert). When she discovers some disturbing things about Greta and tries to cut off contact, Frances finds that her new friend isn’t so easy to shake.

Neil Jordan’s first film since the underseen Byzantium is a bit of a throwback. 90s nostalgia is in at the moment, and this film looks back to steal some of the moves of the yuppie thrillers of that period, which often found an outsider coming into the main character’s life and simply refusing to leave. Those films were hit and miss, more often silly than they were truly scary and Greta, while it has a great cast and a director who has done excellent work, doesn’t manage to channel the very best of that cycle.

Isabelle Huppert is one of the greats. There’s no arguing with that. For forty years she’s been turning in varied and intensely interesting performances in every register from deep tragedy to high (if straight-faced) farce.

As Greta, Huppert is perfectly cast, giving the audience a mix of someone depressed and someone unhinged. It’s a fun performance and Huppert can’t be faulted technically, but there are a few problems which mean that the performance is perhaps less than the sum of its parts.

After the first act, Huppert’s performance exists almost entirely on a single tone. She’s great at it, but there’s just not enough variety in what the script gives her after that point. The other issue is that we’ve seen Huppert do all this before, better, and with greater depth and resonance. When it comes to the pain, loneliness and depression that drive Greta it’s hard not to look back to The Piano Teacher, and Huppert combined that with a more mischievous and dangerous streak to greater effect in Paul Verhoeven’s Elle.

Chloe Grace Moretz, in her first truly adult role, does well, going toe to toe with Huppert and grounding the drama as far as is possible. She too is best in the early stages of the film, as Greta’s obsession with Frances begins to take hold and even a city as big as New York seems to close in on Frances. Moretz gives us all that, but the screenplay can’t keep up, and ends up giving her less and less to play as the film runs on.

The tonal issues are repeated on a larger scale by the film as a whole. Jordan (who re-wrote the original screenplay by Ray Wright) struggles to pick a lane. Told straight, this would be a chilling little thriller, equally, it would be huge fun to see everything go full on bonkers, but the film generally cruises down the middle lane in this respect: a bit too silly to truly get under the skin and yet not crazy enough to cut loose and entertain us with freewheeling madness. I kept thinking back to Single White Female, which pulls this balance off beautifully, seeding all the psychology in the first hour and a quarter before allowing Jennifer Jason Leigh to go screamingly nuts. When Huppert plugs into pure crazy (as in a moment when she dances at, shall we say, an inappropriate time), it’s great, but these are only very brief moments.

The third act is where things go off the rails. Things largely go exactly as you’d expect (especially if you’ve seen the extremely spoiler-heavy trailer), but Jordan begins folding in new characters to very little purpose and just when he could deepen both the psychology and the tension, he botches the opportunity and goes for a finale that, for me, felt bland and anti-climactic.

All this said, Jordan is a fine director and he pulls out some great touches here, particularly in the ways he finds to make the diminutive Huppert feel threatening. Greta is never less than fun, in the moment it’s hugely enjoyable, especially when Huppert is relishing the opportunity to play sinister, but it’s also ephemeral and the minute the credits rolled it left me thinking that, entertaining though it was, I wished there was something of real substance behind it. Huppert just scrapes this a third star, but overall, it’s a fitfully but fleetingly fun disappointment.

The spy thriller tends not to promise action but rather tension; thrills drawn out because we don’t know where to put our loyalties, which character is to be trusted or what’s going to happen next. In a way it’s bold of Red Joan to elect not to do any of that.

Red Joan is based on a novel that in turn was based on the real case of Melita Norwood, who provided secret documents from the British atomic weapons project to the USSR, allowing them to create a copy of the bomb in much shorter order than otherwise would have been possible. This should be a thrilling story, but screenwriter Lindsay Shapero and director Trevor Nunn undermine it from the very beginning, by starting with the arrest of the Norwood character, renamed Joan Stanley, played as a young woman by Sophie Cookson and in her 80s by Judi Dench. This means that, as the flashbacks unfold, there is never any question of jeopardy, because, even if you don’t know the real story, it’s clear from the telling that Joan hasn’t been arrested before.

Without suspense or intrigue, all that remains here is a plodding telling of Joan’s relationships (with one of her handlers and with one of the scientists she works with, played by Tom Hughes and Stephen Campbell Moore respectively) and her espionage activities. All of this is tediously and largely statically shot by Trevor Nunn, whose speciality in theatre rather than film is painfully obvious. For the most part, this looks like mid-evening TV drama rather than something made for the big screen.

The acting generally fares little better. Hughes and Campbell Moore are both actorly, never convincingly disappearing behind their characters. As the young Joan, Sophie Cookson seems to at least attempt to capture something of the vocal quality of a young Dench, but it’s not terribly convincing and that’s also true for the rest of her flat performance. Dench herself is largely hamstrung by the fact her performance occurs, for the most part, in tiny fragments. Until the last fifteen minutes or so, she’s hardly on screen for more than a minute and a half at a time, which means she never gets the chance to build a character, so what we get is more Judi Dench than ‘Joan Stanley’. In her last couple of scenes there is a little more to hang on to, and Dench is fine, but it’s far too little and far too late.

There is likely a better film in this story, but Red Joan delivers an unambitious and insipid take on what should be a gripping tale of espionage.