Review by Jack Deslandes Filmed entirely in one take, Victoria is a roller coaster ride of nail-biting tension and heart-stopping suspense that, if you make it through, will leave you bitter, cold, and gasping for breath. The story takes place between the hours of 4 and 6 am as it follows a young woman’s night, […] 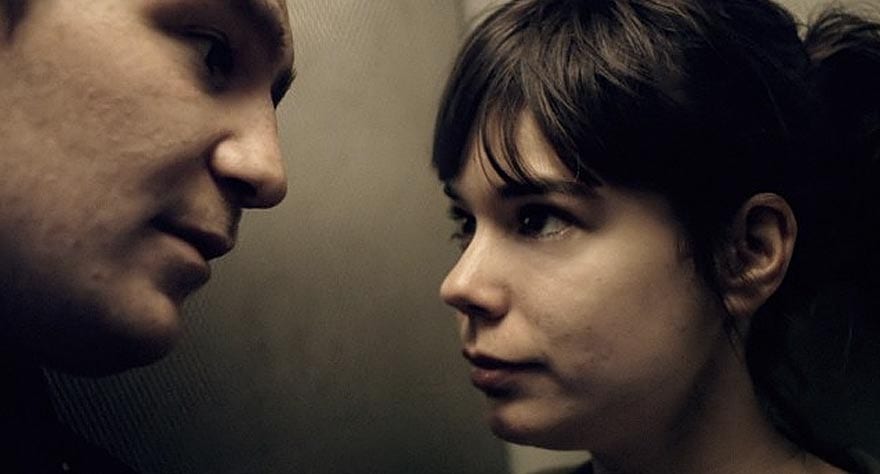 Filmed entirely in one take, Victoria is a roller coaster ride of nail-biting tension and heart-stopping suspense that, if you make it through, will leave you bitter, cold, and gasping for breath.

The story takes place between the hours of 4 and 6 am as it follows a young woman’s night, which quickly descends into a world of class A drugs and violent criminal gangsters. In a night that begins with her carelessly partying in an East Berlin nightclub, she soon becomes caught up in a mob’s plans to pull off a small-time bank job and her world is turned upside down in a matter of minutes.

On paper, the concept seems too far-fetched to be realistically believable, but the truly sickening thing is the hyper-reality created by its unique camera style. Not done for gimmicks, this relentless sequence of fly-on-the-wall observation provides an intense documentation of the characters’ hell-ride that will have you yearning for a cut, dissolve, or even screenwipe to relieve some of the tension.

Cameraman, Sturla Brandth Grøvlen, becomes our eyes as we are placed atop precarious high-rise rooftops or in the back seat of a getaway car that immediately implicates an audience in the position of, much like our protagonist, a reluctant accomplice.

To say I felt physically sick throughout is an understatement. I’ve never willed a lead character to die more than I have Victoria. Just so the ride could stop and I could get off.

Yet, its criminal cast can simultaneously be incredibly charming. Sonne, played by Frederick Lau, is the dangerously sweet romantic interest who inadvertently leads Victoria astray from her humble barista lifestyle. It’s a situation we have familiarized ourselves within its girl meets boy laissez-faire approach to love. But Before Sunrise it is not.

The element of alcohol and the uncomfortable ratio of four men to one Victoria, makes for a first hour of uneasy will they-won’t they rape her tension like no other. When Sonne finally gets her away from the group we are treated to some short relief of something close to classic cinema romance, but this too is swiftly interrupted by risky bike tricks and a vomiting friend.

Laia Costa, who plays Victoria, is a version of ruthless pragmatism that will have you admiring all the actors and their redefining of the notion of method acting. The unedited style only heightens the realism in the dialogue and could quite easily have been entirely improvised. To play drunk, then high, then scared, then somewhere in between requires great range and notable commendation must go to the director, Sebastian Schipper, for leading this ensemble of artists.

It is no mean feat to distill the presence of a large crew waiting behind camera, but there is quite simply no room for them to fit into Victoria’s life. A director can only watch from a monitor in a nearby hotel room and hope that their briefing was adequate. But in this case, there is no doubt it was. We can expect nothing less from the man behind the similarly visionary Run Lola Run.

It is the most real piece of cinema I have ever seen and in that respect deserves its own genre as a horror documentary. It is sure to deter anyone from a life of crime and the few walkouts in my screening, confirm it as the difficult, empathetically challenging piece that it really is.

It is quite easily the best film of the year, but I would be happy to never see it again for fear of my own wellbeing.