Review by Leslie Byron Pitt/@Afrofilmviewer The Q&A which occurred after the Vue Piccadilly screening of The Colony was one embossed with passion. Director Florian Gallenberger’s near stream-of-consciousness speeches flowed around the auditorium with not only a sense of humility but also a sense of anxiety. At times his voice cracked. He would not give himself […] 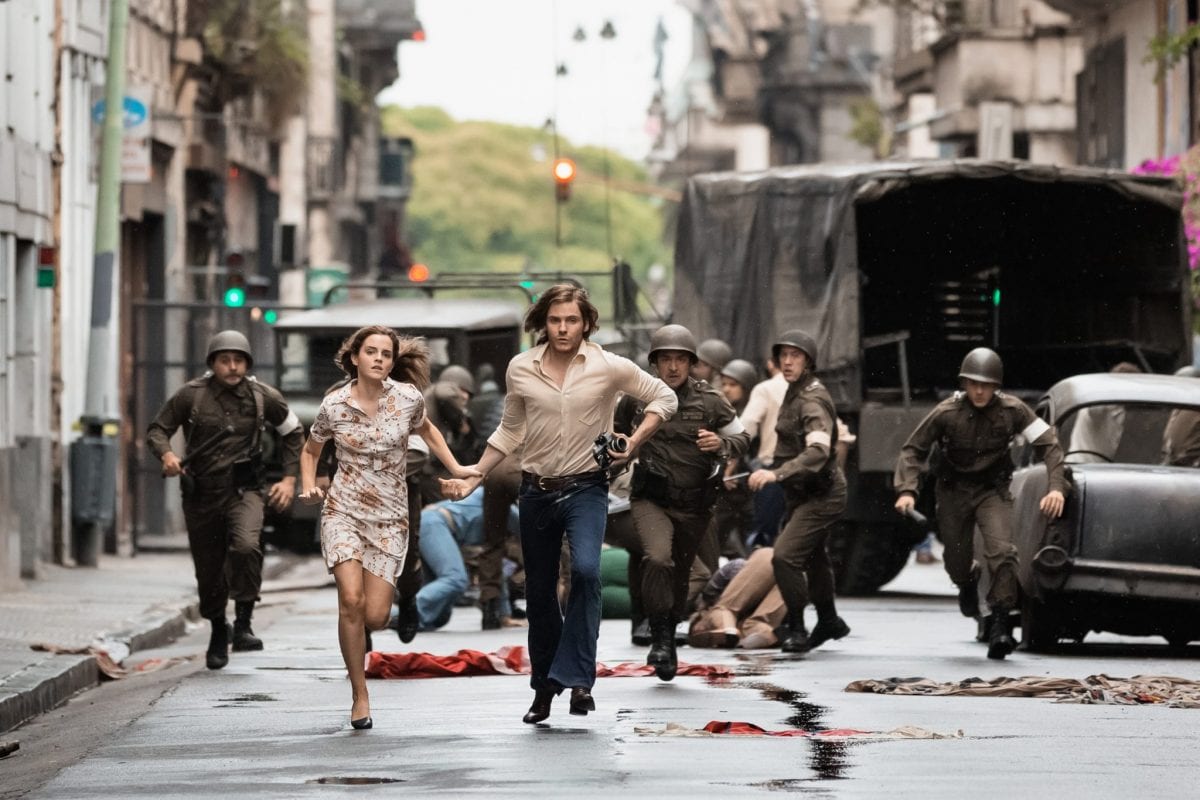 The Q&A which occurred after the Vue Piccadilly screening of The Colony was one embossed with passion. Director Florian Gallenberger’s near stream-of-consciousness speeches flowed around the auditorium with not only a sense of humility but also a sense of anxiety. At times his voice cracked. He would not give himself time to compose and rephrase his words. He wanted to get everything he could out there.

It’s understandable. Gallenberger stated that the atrocities that occurred in Colonia Dignidad have stuck with him since he saw a television documentary about the colony at age 9. The terrifying stories which lie within this colony, run by corrupt sect leader Paul Schäfer, are not only ones of torture, abuse, and manipulation. They are also stories which have been hidden away from investigation for decades. It is only recently that the governments involved, have begun to swing the pendulum in favour of those who have suffered such tragic agony. This makes Gallenberger’s part romance, part thriller somewhat problematic. Although inspired by true events, The Colony is a film which is hampered, not by the backstory, which strives for earnestness at every turn, but by a narrative of generic beats and an unsure romance, which may have felt more at home in one of the more recent young-adult dystopias than here.

Set against the backdrop of the Chilean Military Coup and the rise of General Pinochet, Emma Watson and Daniel Brühl play an idealistic young couple who become ensnared and trapped within a notorious religious cult dictated by a disturbing and corrupt preacher; Paul Schäfer (Michael Nyqvist). As the cult tries to break down their psychological defences, the couple looks toward a plan to escape the confines of the camp.

In the Q&A, Gallenberger mentioned the amount of difficulty making the film took, and that the casting of Emma Watson helped ease the issues, but also altered the film somewhat. It’s quite clear to have a star such as Watson on board can be a double edged sword and it shows here. Watson’s performance isn’t weak. In fact, the entire cast is game and well suited to the roles at hand. However, while we may not know what the film would have been in its original form, we can certainly see now that what we have is a broader text. A film in which the intensely uglier aspects that hide in the shadows of the film are somewhat toned down.

What comes to the surface is a rather tame and typical will-they-find-each-other romantic plot, one that pushes out the political subtext. This is no Pablo Larraín who utilises the political landscape to tell difficult, yet humanist stories. This is an Argo-lite thriller without the Hollywood heft to bulk up the tension it wishes to install.

This is not to say that The Colony isn’t watchable. Far from it. Gallenberger gets a solid amount of distance from his performers and the film’s final third, while holding hardly any surprises, has enough stomach-clenching moments to keep eyes glued to the screen. Whether or not this is in bad taste to those who suffered, however, will depend on how a viewer feels about a rather drab romance/thriller standing directly front one of Chile’s most troubling scandals. With that, Gallenberger firmly places the ball in the viewer’s court.

The Colony is out in cinemas and VOD on 1st July. For more info click here