Review by Michael Ewins/@E_Film_Blog Over guttural bass and wobbly drum loops spill a barrage of localized sprechgesang, and from the other side of the pit, stomping boots and tributes of spit. This is what a Sleaford Mods gig sounds like – intoxicated, caustic, and very funny. But a Sleaford Mods gig is also what punk […] 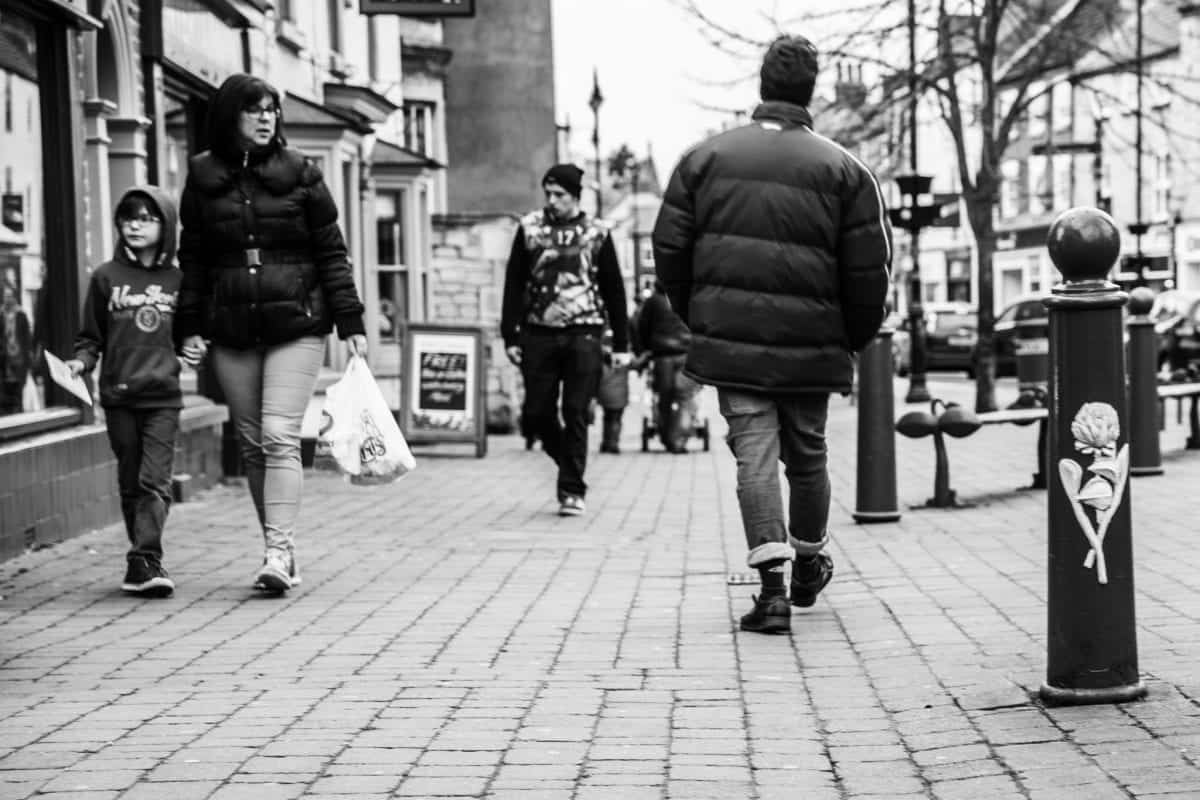 Over guttural bass and wobbly drum loops spill a barrage of localized sprechgesang, and from the other side of the pit, stomping boots and tributes of spit. This is what a Sleaford Mods gig sounds like – intoxicated, caustic, and very funny. But a Sleaford Mods gig is also what punk looks like in 2016, and it’s not what you expect – disco lights, a laptop, and one bloke in a polo shirt flailing around as if he has Tourettes. It’s a unique show, and the band (beatmaker Andrew Fearn and vocalist Jason Williamson) is arguably the best in Britain. But one thing that they’re not, despite persisting claims by the music press, are political preachers.

“We’re not socialists, we’re not fucking communists and we’re not Billy Bragg-ists,” Williamson told The Independent, and if he’s said it once, he’s said it umpteen times. Wary of the ‘working class hero’ rhetoric spun by left-wing media, the duo have spent much of the last two years deflecting comparisons to John Cooper Clarke and Mark E. Smith, and stressing that they’re not interested in influencing ideology or mounting a protest. All of which makes it odd to find them now as the faces and name of Sleaford Mods: Invisible Britain, a salty polemic targeting the new Conservative government and its policies.

Directors Nathan Hannawin and Paul Sng followed the Mods as they gigged around Scunthorpe, Barnsley, and other beat-down towns shunned by major chart acts, and, eschewing standard doc practice, they asked fans for their opinions on the climate of unease which has grown from the recent coalition and Tory governments (the 2015 election took place during filming). While the pair’s visual style is fairly straightforward, with subjects framed in a flat medium shot, it’s deeply refreshing to see talking heads presented in this way – down the pub, and talking candidly and off-the-cuff about their social and economic standing.

Sadly, the Mods’ own testimonies are less illuminating. On record, Williamson sounds belligerent and inspired, weaving complicated rhymes and swearing up a storm, but in person he appears consumed with apathy, and resigned to the fact that change isn’t coming. Even here, he and Fearn take the opportunity to underline that they’re not a political band, and not interested in pigeonholing themselves within the demographic that Invisible Britain is explicitly aimed towards. It’s the most unusual effect, like being at a party where the only ones who don’t want to speak or be seen are the hosts.

The rest of the film is arranged much like a series of discreet, jagged news reports, relaying cases of starvation, drug abuse and poverty which have taken place in the last six years. Some of the statistics are shocking (in 2010, homelessness was up 59%), but they’re never really investigated, and simply sit on top of the film’s simmering surface, like bubbles of heat ready to burst. They also sit awkwardly with scenes profiling the Mods, and it’s this central lack of resolve, and any sense of a coherent thesis, which ultimately undercuts the film’s anger. It’s interesting to hear Williamson discuss his own musical history and influences (Crass and Public Enemy), but they’re facts which belong in an authentic concert doc, and not as filler next to a heartbreaking story of poverty and neglect.

The intentions behind Invisible Britain are admirable, and fans of the band will find much to enjoy, but its execution is confused and, even at 85 minutes, searching for purpose.