RelatedPosts Glasgow Film Festival 2021 Jonah Hill posts perfect response to Daily Mail article as he hits out at body shamers Glasgow Film Festival: What we’ve seen so far Film Review: PVT Chat By Michael McNulty Extraction could not have been more appropriately titled. Like having all four of your molars pulled at once it […] 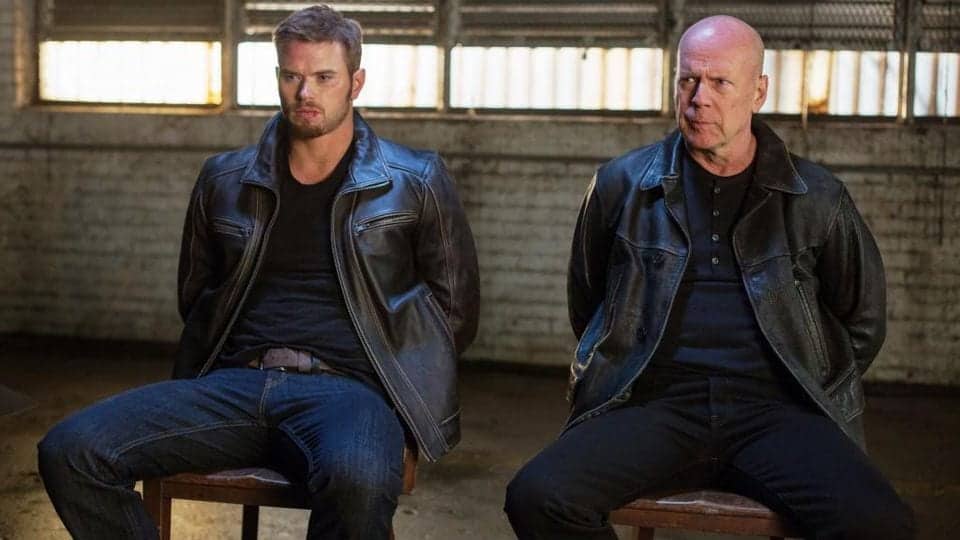 Extraction could not have been more appropriately titled. Like having all four of your molars pulled at once it requires a general anesthetic to get you through it. As unimaginative as that was, it’s on a level with the quality of this film.

Former CIA operative Leonard Turner, played by a Bruce Willis (who must have stipulated in his contract that he would only provide a level of enthusiasm equal to that of a slug) is kidnapped by generic looking bad guys who have an interest in a piece of technology that could “bring down entire governments.” Enter Kellan Lutz, of Twilight, Turner Sr.’s son, Harry, who has followed in his father’s footsteps, joined the CIA and is really very good at running, shooting and boxing (there is a two minute montage just to clearly establish this). On learning of his father’s kidnapping Harry goes rogue, teaming up with along the way Victoria, (Gina Carano) a CIA agent and coincidently a former fling of Harry’s, to save Dad and the day.

The film is never given a chance to be enjoyable. Max Adams and Umar Aleem’s script leaves no room for the actors to do anything other than read lines at each other. The onscreen chemistry between Kellan Lutz and Gina Carano is non-existent.
It’s an upward struggle for all involved, including director Steven C. Miller. He shows some visual flare and clearly has a bit of an eye for fight scenes, but again, these scenes fall flat within the convoluted plot they dress. With an 83 minute runtime the film jumps quickly between scenes, but fails to create any sense of urgency or tension – just frustration, until eventually the credits roll.