★☆☆☆☆ Pokemon is a genuine cultural phenomenon. It’s a franchise over 20 years old spanning across card and console games, TV shows, animated movies and other merchandise, grossing north of $90bn. I have never played or watched any of it before. I am certain that for fans who have followed the games, who devoured the […] 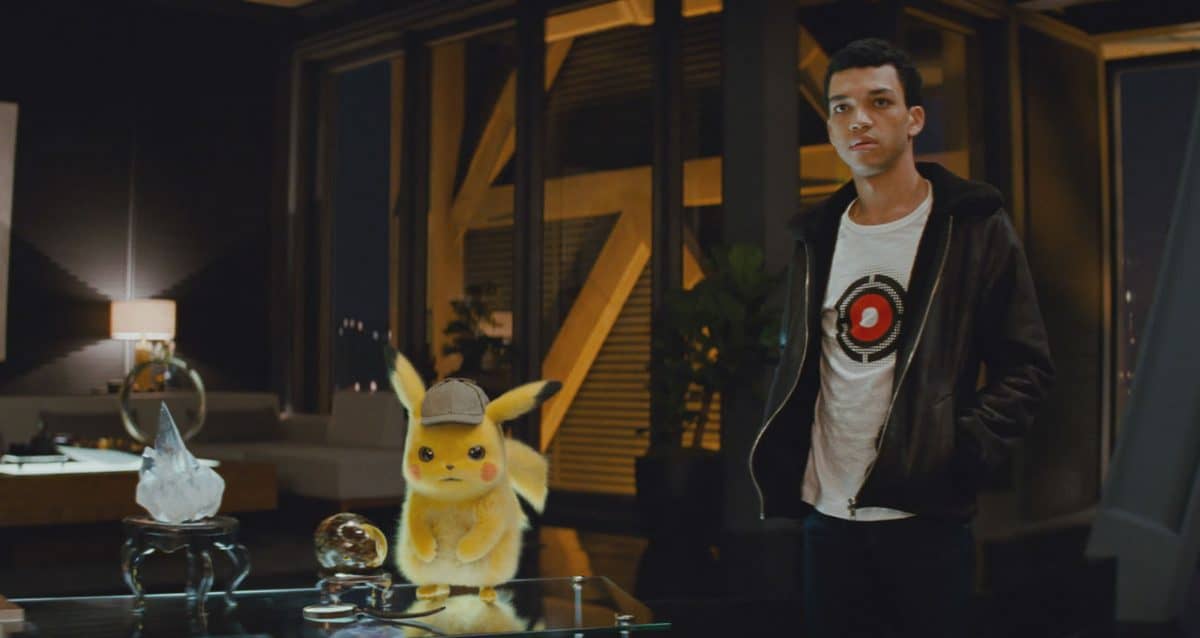 Pokemon is a genuine cultural phenomenon. It’s a franchise over 20 years old spanning across card and console games, TV shows, animated movies and other merchandise, grossing north of $90bn. I have never played or watched any of it before. I am certain that for fans who have followed the games, who devoured the TV show and the many movies, that Detective Pikachu – the franchise’s first official move into live action – connects with the things they have always enjoyed about Pokemon. As someone who, if held at gunpoint, could only name you one Pokemon (Pikachu), it’s probably not going to convert me.

The bulk of Detective Pikachu takes place in Ryme City, where most humans live alongside Pokemon who are constant companions and, seemingly, reflective of their own personalities. While Detective Harry Goodman is investigating the Clifford Corporation, he goes missing and is presumed dead. Harry’s estranged son Tim (Justice Smith) comes to Ryme City where he ends up meeting Harry’s Pikachu (voiced by Ryan Reynolds) who, through a freak occurrence, he can understand. With the help of an aspiring reporter (Kathryn Newton) and her Psyduck, Pikachu and Tim investigate Harry’s disappearance.

Detective Pikachu is trying to do a lot of things: establish a world and characters, be accessible for newcomers and long term fans alike, be funny, tell a detective story and develop other themes. It fails in almost all respects.

I suspect it delivers on a level of fan service. There is one moment in particular, in which the score changes so drastically at such a key moment that I assume it is playing in a version of the music for one of the games, and there are plenty of cameos from a wide variety of Pokemon, some of which are iconic enough that they at least look familiar to me. In all other respects, Detective Pikachu is, at best, awkward and messy.

The film’s greatest failing is perhaps its mystery plot. Of course, the mystery has to be simple enough for kids to follow, but the writing of it is quite abysmal. Every tiny clue is followed not only by an unwieldy infodump (this is the sole function of Kathryn Newton’s character), but more often than not by a recapping of the plot to this point. It’s not even that complicated, in fact, I figured out one of the two key revelations roughly three minutes in, the second one key character was introduced. This makes the film feel like a chore; a long trek to get to something that many of the audience will know an hour and a half before the characters.

The world building is inconsistent and generic. Ryme City is straight off the shelf of Sci-Fi Cities R Us and several sequences are extremely reminiscent of films that have gone before, notably the ending setpiece which has details that recall both Tim Burton’s Batman and Sam Raimi’s Spider-Man, the effect being to make me wish I was watching either of those films. More problematic is the role of the Pokemon. I think they are supposed to be something like the daemons of His Dark Materials, but much of the time they seem more like regular pets. The connection just isn’t there between, for instance, Newton’s Lucy and her Psyduck.

It should be easier for us to feel that connection between Tim and Pikachu, given that they can converse. For me this is where stunt casting is a problem. I like Ryan Reynolds, when he’s stretched himself he’s shown real acting chops and he’s a funny, engaging, presence. He’s also odd casting here, an idea that might be weird enough to work if he could play off the right material. As it is all Reynolds does in this role is crack wise and infodump. What he’s doing is basically a family friendly Deadpool performance. A few of the initial gags hit the mark, but once the novelty of Ryan Reynolds’ voice coming out of Pikachu wears off (less than five minutes in), there isn’t another gag to be found. When the big emotional moments come, the incongruity of the casting and of the tone bites again. It never feels sincere, so it’s tough to care.

Justice Smith does what he can, but Tim is a bland character and Smith can’t find anything within his cliche ridden backstory to give him any personality. Still, at least he’s just dull, whereas the fast talking Newton is grating. It’s barely worth mentioning the rest of the human cast. A hammy Chris Geere makes the biggest impression, if not a good one, while Bill Nighy shows up to be Bill Nighy, but in a wheelchair this time.

I’m aware that mine may not be the fairest lens through which to view Detective Pikachu, but the film should surely be able to bring people new to the world of Pokemon in, and that’s one of the areas it falls down hardest in for me. However, I can see that just having these characters appearing in 3D, in a ‘real’ world, in a new context but with what appears to be great respect for the source material, may work for fans. The effects are generally impressive (bar one action sequence that often looks like it was shot on old fashioned blue screen) and the Pokemon are well integrated and interact convincingly with the environment and the humans in the film.

I hope that franchise fans find their mileage varies on this, but I will note one caveat. My screening was fairly full, with lots of people in Pokemon T-Shirts and hats and lots of kids who were visibly excited for the film to begin. Once it did, the screening was completely dead, there wasn’t that hum you get when a big crowd is really getting into a film, nor the murmur of people talking it over as they left the cinema, so perhaps it isn’t hitting the mark for fans either.