Daniel Theophanous spoke with director Alejandro Landes during the festival to tell us more about his outstanding film. 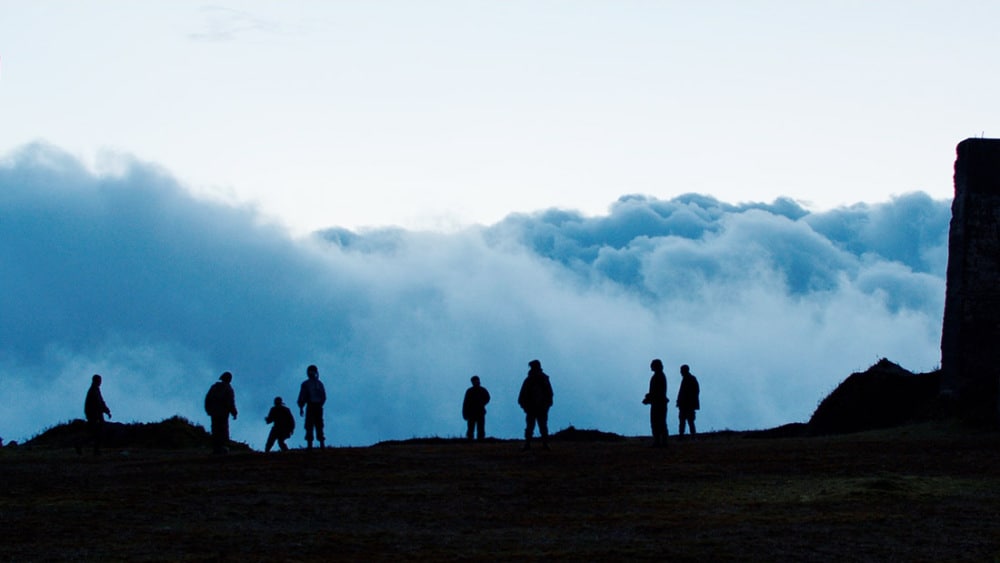 Monos won the best film at this year’s BFI’s London Film Festival, with a TLE Film review very much aligned with the festival’s judging panel. Monos is a visual and sonic assault, an experiential viewing, a sensory overload, whether it be unease, tension to elation, intrigue, or breathtaking natural beauty. An isolated group of child soldiers find themselves in an undisclosed South American mountain terrain awaiting instructions from an elusive Organization of what to with their hostage, an American doctor. Mainly left to their own devices, we watch in amazement and simultaneous despair as these militarized youths engage with untamed vigour in all sorts, from combat training to adolescent debauchery.

Daniel Theophanous spoke with director Alejandro Landes during the festival to tell us more about his outstanding film.

Congratulations on your film. What struck me about Monos was the way it was very much pins you down to the present. You never disclose too much about the soldiers’ past or give much indication about their future. Can you tell us why?

I like that you used the word ‘present’ because I feel this was very much my intention. The film is present, but not in a current events kind of way. Present in a spiritual way, for lack of a better word. We live in very polarized global times. Where I come from (Columbia), it’s incredibly polarized. I thought that film should be as subversive as possible for people to avoid ideological prejudices. To give you characters that were as present as possible. You don’t judge them from their backstories or what their mother or father did to them. Or if they worked for the CIA or an NGO or if they were just hikers in the wrong spot. Or if they were forced to be there or they were just there because they think the cause is right for them. You are just there with this group of people.

That was key, because it allows you… or actually forces you to really see what’s there in front of you. That way, the only judgement of character is made by what they do and not be distracted by knowledge of their past. I thought that was a way for audiences to latch on to the humanity of these soldiers.

You also never disclose anything about the Organization or what they are fighting against. Why is that?

Generally, in a war film or a situation of war, you judge people in a way by what side they are on. The right side or wrong side? For me it was important to make it more personal by eliminating all that. Many times, we like to think because it makes us feel better as humans that we are fighting for historical or structural reasons. That maybe the case, but then many times we are fighting for purely personal reasons, because of wars inside of us. This is the main conflict in this mini society of Monos, this group of people. The dynamics of power, the desire to be loved, the desire to lead, the shifting alliances. It could happen in the school yard or in this hotel lobby. Just in this situation, they are hiding in the backlines of war.

Even though the background information you gave is scarce, I still got a slight indication that perhaps theses soldiers were troubled or vulnerable when they got recruited.

I actually met soldiers in Columbia that fought for the right and then fought for the left. It’s not the ideology changing, it’s the job. There is that scenes at the end of the film, with those kids under the table, newly orphaned. That scene suggests the vulnerability you mention. An outcome would be, that they may be recruited and then twenty years down join another organisation.

The cause of their fighting seems to change over the course of the film.  I found it very reflective on what it feels at the moment with wars and political discourse, the sides keep changing and it all becomes muddled up.

Totally! Look at the wars going on now in the Middle East. I do not know what the end goal is. Syria? Afghanistan? War is always confusing, but particularly the ones today. So confusing that we are looking the other way. Nobody is talking about Syria, cause it’s so muddled. The fronts of battle keep changing. 18-year olds showing up somewhere in the Middle East to fight for their country. What does it mean to fight for your country?… I read a couple weeks ago in the New York Times, a published a diary of an American soldier landing in Afghanistan at just 18 years of age. It could have been written by one of the Monos soldiers. He was forever questioning ‘what is our goal now? who are we fighting?’.

Watching Monos you feel that you are in perpetual state of motion. How did you come to the conclusion to film that way?

I like the idea of cinema as an art form, which has a unique ability to attract not only the conscious mind but also the subconscious mind. The waking dream. Those films that linger with you, that enter through the skin, that hit you in the pit of your stomach. People talk about stories, stories, stories…. And I understand stories are a way to produce emotion, but it’s not the only way.

Watching it on the large screen you get the film’s full effect. Do you think you lose something when you see it on a smaller screen?

I don’t how small a screen you are talking about… but honestly, I think you would if you see it on a laptop. For two reasons… One is that it’s a sight-specific installation which I specifically designed for the cinema scope format. I used that wide, western style lens because you have so many people in a scene at once. Secondly the sound design, another key element of the film, it’s what gives you that experiential feel that you mentioned. You are not going to get that sound from a laptop, unless you have this incredible laptop with these amazing speakers, which I’m not sure exist.  The film has a lot of energy, which I’m sure will still translate on to a smaller screen…. but are you going to get the same experience outside the cinema? I am not sure.

The film has been referenced in reviews to Lord of the Flies. I see that in terms of the natural formation of hierarchies within groups. But it also reminded of Larry Clarke’s Kids or Harmony Corrine’s Gummo; the edginess and unease of observing adolescence behaving carefree, almost unhinged with no supervision. Do you mind the comparisons?

All those references are there. Totally with Gummo and Kids. You have that energy definitely. Also, I looked at the photography of Nan Goldin and Bill Henson. And of course, more war time influences such as Claire Dennis’ Beau Travail or Predator or Platoon…. And of course, Heart of Darkness and Lord of the Flies…. In fact, I had people say “wait the head on the pigs stick is just like Lord of the Flies” and I’m like “of course it is”. As if it was by accident this happened. That is essential reading for every 11-12-year-olds around the world and it’s the image on the front of the book. It’s like a pop image, like Andy Warhol’s Campbell Soup. The film has you in this otherworldly landscape and then it has something so jarring as that. The pig thing was actually born out of a real thing, what certain chiefs in guerrilla groups in Columbia do.

The film traffics what already exists. I am not creating in a vacuum. There are iconic pieces used from other films where it be from coming-of-age genre or war genre. The idea was to look into something that was almost banal, commonplace, mundane and create something new out of it. Because I think some of those basic existential questions about us as humans are still relevant to this day. It’s not like we are done with the questions of who we are. The film ends with my question… Where do we go from here?

How long did it take to make the film?

A while… four years. From writing, to financing it… People were: like what is this?… It was a hot potato, a beast. The film is strange as it allows itself to flirt with different genres. It could a war film, coming-of-age, action. It’s been interesting to see people describe it…either it’s Black Hawk Down… no it’s Predator… no it’s Werner Herzog.

Was it easy pitching Monos to produces/financiers with it being so visual and experiential rather than a straight up narrative?

I pitched it like a kidnap film, but from the viewpoint of the kidnappers who in a way are kidnapped themselves. Also, about a place that looks like paradise, but there’s a very thin line with hell. I always wanted to make you feel like you are in many zones of grey. Not like a romantic World War II film, with the good guy, bad guy, this is the frontline, these are the uniforms, this is what winning or losing means. In Monos, it’s a very thin line of who is the victim and who is the victimizer. Those things are interchangeable in the film. What’s paradise? What’s hell? Is it a girl or a boy? Any binary notions are left at the door.

What has been the reception so far?

It’s been amazing. It’s been distributed commercially in over 30 countries. It has become the highest grossing Columbian film this year, which is amazing as it’s a such a radical film.

And what does the future hold for you?

Well now I just need to turn down the volume on all things Monos and move on to my next project.

Monos is released in UK cinemas on the 25th of October 2019.