By Linda Marric @linda_marric In light of the praise bestowed upon director Damien Chazelle and his cast at this year’s Golden Globes, some might feel that other more “worthy” productions might have been more deserving of the accolades. This is precisely why one should come out in defence of La La Land and its enchanting, […] 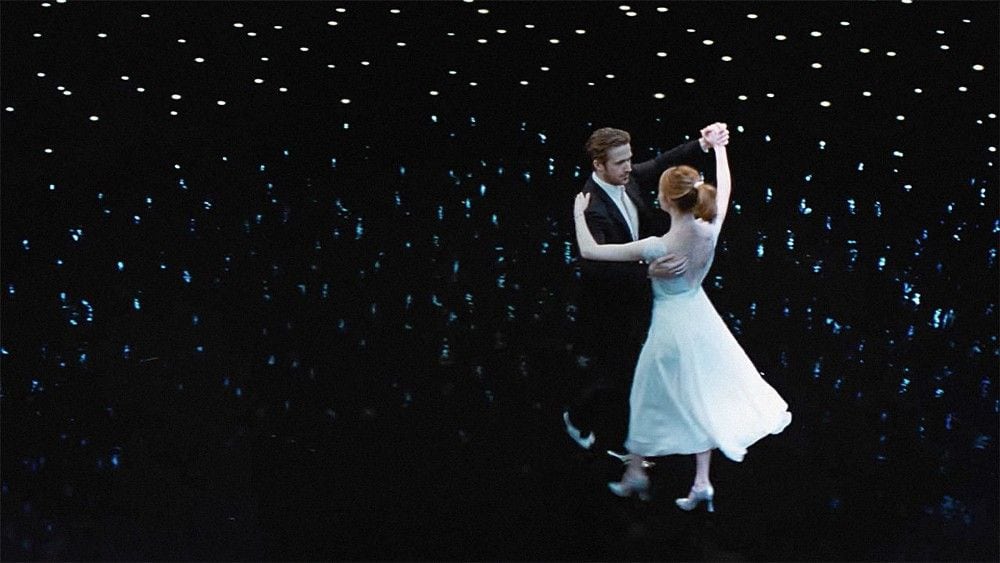 In light of the praise bestowed upon director Damien Chazelle and his cast at this year’s Golden Globes, some might feel that other more “worthy” productions might have been more deserving of the accolades. This is precisely why one should come out in defence of La La Land and its enchanting, unabashed tribute to the old MGM musicals.

Starring two of the most loved and respected actor of the moment, La La Land is a disarmingly bitter-sweet, smart and touchingly self-aware piece of filmmaking. Ryan Gosling and Emma Stone are the star-crossed lovers a la Gene Kelly and Debbie Reynolds in Singin’ In The Rain (Stanley Donen, 1952), they meet, they hate each other and finally fall in love. However, beyond the “meet cute” and the “will they wont they?” tropes associated with the romantic musical, La La Land carries with it a brilliantly un-ironic message of hope and perseverance, a rallying cry to artists to never give up on their dreams no matter how hard things get.

Chazelle is unapologetic in his use of a tried a tested formula, he fetishises the old films he grew up watching and manages to ignite in his audience a similar love and tenderness toward these films. Without being overtly sentimental, La La Land succeeds in charming even those who have no time for musicals, and even less time for old fashioned romantic comedies.

However, what makes the film interesting is that it owes more to Chazelle’s French cinema hero, director Jaques Demy than to any other classical Hollywood production. Demy’s 1960s films (The Umbrella’s of Cherbourg, 1964, The Young Girls of Rochefort, 1967) were some of the most critically acclaimed works in musical and film innovation. The uniformity of colours of the sets and costumes were beyond exhilarating, resulting in even Gene Kelly seeking to work with him.

What makes La La Land into a film you want to root for, isn’t just the technical prowesses of its director or its beautifully crafted musical numbers, but also the fact that it stars two highly likeable leads. Both Gosling and Stone’s brilliance shines throughout the film and it is hard to see who else could have filled their shoes. A beautiful tale told with genuine heart and commendable technical innovation. La La Land is less of a pastiche than a clever twist on a classic favourite, a film which is sure to stand the test of time.

LaLa Land is out in cinemas from Friday 13th January