By Michael McNulty We’ve seen it before in the forms of The Odd Couple, Due Date, Trains, Planes and Automobiles and a million others. An at odds pair with a strong dislike for each other, possibly even hatred, are forced together through circumstance only to slowly come together, become the ying to the others yang […] 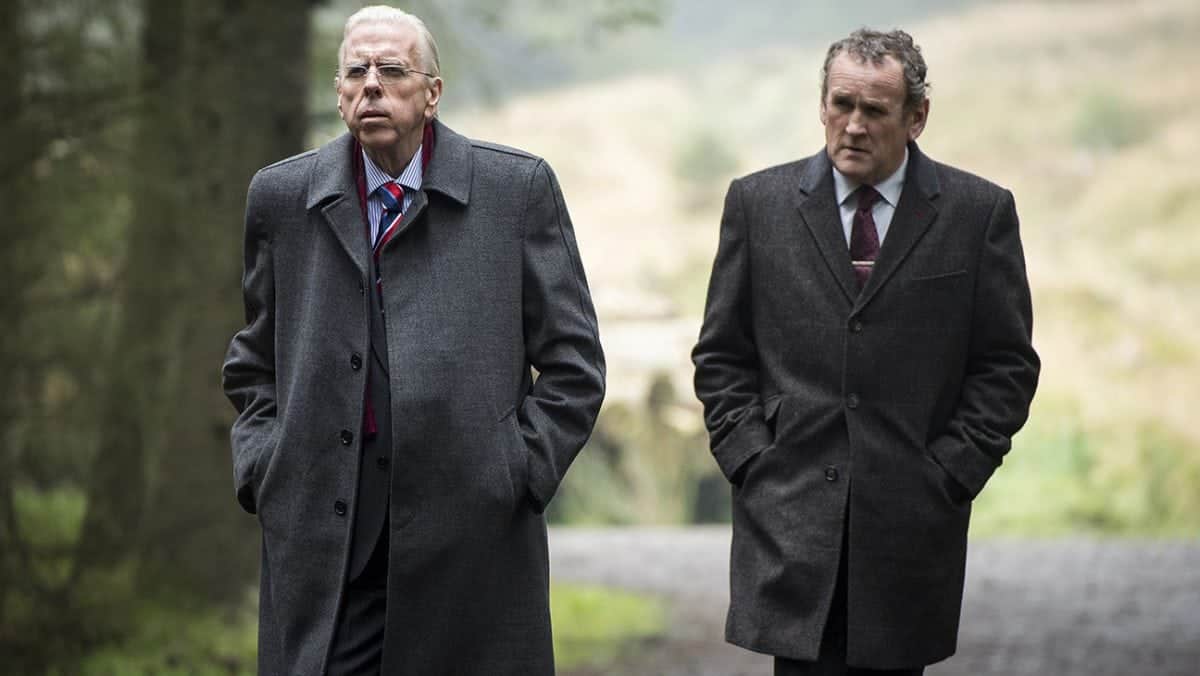 We’ve seen it before in the forms of The Odd Couple, Due Date, Trains, Planes and Automobiles and a million others. An at odds pair with a strong dislike for each other, possibly even hatred, are forced together through circumstance only to slowly come together, become the ying to the others
yang and form a long lasting relationship based on friendship and mutual respect.

Set against the backdrop of the 2006 St. Andrews Agreement, Nick Hamm’s The Journey is a fictional imagining of a shared hour long car journey between leader of the Democratic Unionist Party, Ian Paisley (Timothy Spall) and Sin Fein’s Martin McGuinness (Colm Meaney) to Edinburg airport.
Paisley must rush off to attend his 50th wedding anniversary, only, because summit rules dictate in order to avoid being singled out for an attack, to have political opposite and mortal enemy McGuinness join him for the ride.

Unbeknownst to the two politicians is that the driver ferrying them to the airport is in fact an undercover MI5 agent (Freddie Highmore). He’s equipped with an earpiece and driving a vehicle kitted out with spy cameras so that the conversation Paisley and McGuinness have can be monitored by another, more important MI5 agent played by John Hurt. The hope being that by forcing the two together, perhaps they will meet an agreement.

It’s fairly bog-standard stuff from here on out. The two initially don’t get on, McGuinness playing the cheeky jokester, gently goading the DUP Leader and Paisley remaining steadfast in his puritanical, quiet seething, but of course as the journey progresses the ice begins to thaw and eventually break.

The films biggest shortcoming, of which there are many, comes in the form of John Hurts earpiece delivered lectures on how important it is to get the two talking. They are about as subtle as if Hamm had cut to a black stage, a single spot cast over Hurt whilst he delivered the same lines directly to the audience via a bullhorn.

It’s an interesting question, how Paisley and McGuinness managed to come together, and it merits attention. But, The Journey feels at times like a solemn, superficial history lesson that’s at best lighthearted and puffy and at worst contrived. Both Spall and Meaney’s performances are balanced, but don’t quite fit together and feel a touch forced.