★★★★☆ The John Wick series is one of simple pleasures. From relatively humble beginnings as a sleeper hit on a sub $30m budget, the series has grown in both scope and success, while still largely recognising where its core strengths lie. Chapter 3 picks up with Keanu Reeves’ John Wick immediately after the ending of […] 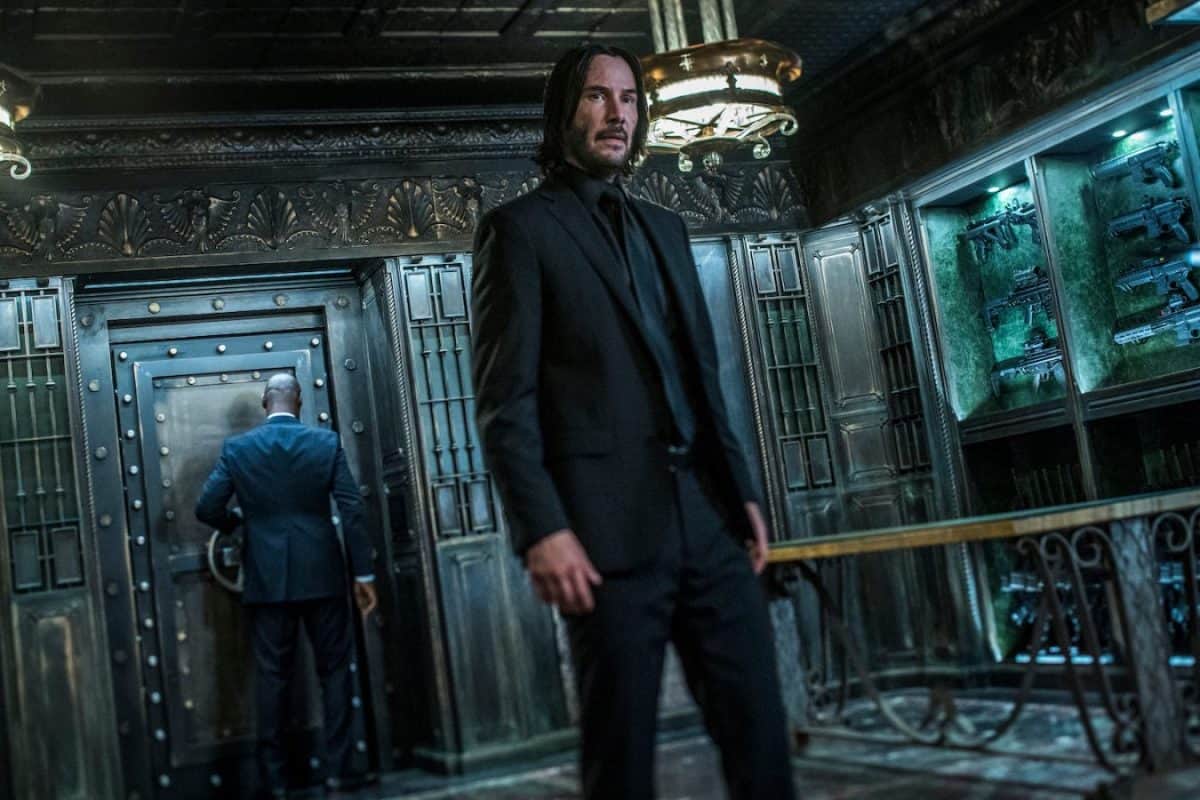 The John Wick series is one of simple pleasures. From relatively humble beginnings as a sleeper hit on a sub $30m budget, the series has grown in both scope and success, while still largely recognising where its core strengths lie.

Chapter 3 picks up with Keanu Reeves’ John Wick immediately after the ending of Chapter 2, finding him excommunicated and unable to turn to the usual sources of help to escape the $14m (and growing) contract on his head. He turns to an old friend (Halle Berry), among others, before having to confront the most relentless of the assassins on his trail (Mark Dacascos).

I’ve reduced that summary down to the barest bones, and the major issue with John Wick Chapter 3 is that it doesn’t do the same. Whatever their strengths and weaknesses, the first two films had little truck with either plot or dialogue. There is entirely too much talking here and it reveals more than ever that original writer Derek Kolstad and new co-writers Shay Hatten, Chris Collins and Marc Abrams have a tin ear for dialogue and too much of a fondness for extremely convoluted plotting. It also means that Reeves – delivering the goods in the action scenes, but betraying little if anything approaching emotion, is slightly less effective this time compared with Chapter 2, which made almost no demands of his skills with dialogue.

The first two films in the series concentrated largely on gunfights. There was some excellent hand to hand fighting to be seen, and the gun action was exceptionally well choreographed and shot, but it did dominate. This film, however, largely puts the guns down and opts for bladed weapons and martial arts. Rest assured there is some fantastic firearms action. The sequence in which Reeves, Halle Berry (less prominent than you might expect) and two dogs murder their way out of a heavily fortified compound would shame any action scene in just about any other Hollywood movie of recent years, but this film is focused on delivering the goods for fight fans.

Things get off to a spectacular start, with Reeves taking on one huge opponent, fighting him with just an antique book for a weapon, but this is just the beginning and returning director Chad Stahelski, stunt coordinator Jonathan Eusebio and the massive stunt and fight team continue to up the ante throughout. The Raid films are an obvious influence here, with Cecep Arif Rahman and Yayan Rhuian drafted in for one of the most spectacular fights, but the real honours go to Mark Dacascos – hammy as ever, but having a wonderful time and delivering astonishing moves as Wick’s respectful, almost awed, main opponent.

As ever, Stahelski (a former stuntman and Reeves’ double for The Matrix films) and editor Evan Schiff (who also cut Chapter 2) seem to have an innate understanding of the rhythm of a fight sequence. These scenes never feel like they’ve been edited with the blender and sellotape method I imagine is employed on most Hollywood action films. As a fan of martial arts movies, this was the best time I’ve had at the cinema for ages, though that says as much about films like The Night Comes For Us and Headshot bypassing cinemas as it says about John Wick Chapter 3. Make no mistake, my grade for this film is based almost entirely on its hand to hand fights, and if that’s not your thing you should shave at least one star off the rating.

Chapter 2 is a masterclass in the use of space and imagery. The mirror rooms in which the final fight(s) take place, in particular, are exploited with original and beautiful framing. Chapter 3 doesn’t look bad, with DP Dan Lausten’s neon soaked noir images retaining the series’ immediately identifiable look, but until the last half hour (which itself draws rather too heavily on the look of Chapter 2), there’s little that is half as striking as even some of the more incidental images in the previous film. The fights look good, and move brilliantly, but there are seldom the same kind of striking compositions I found in Chapter 2. On the whole, the flaws of John Wick Chapter 3 are more prominent than in the previous films, and while some audiences may find that matters more for them, for me the film often blows past its issues in a blizzard of flying fists and feet.