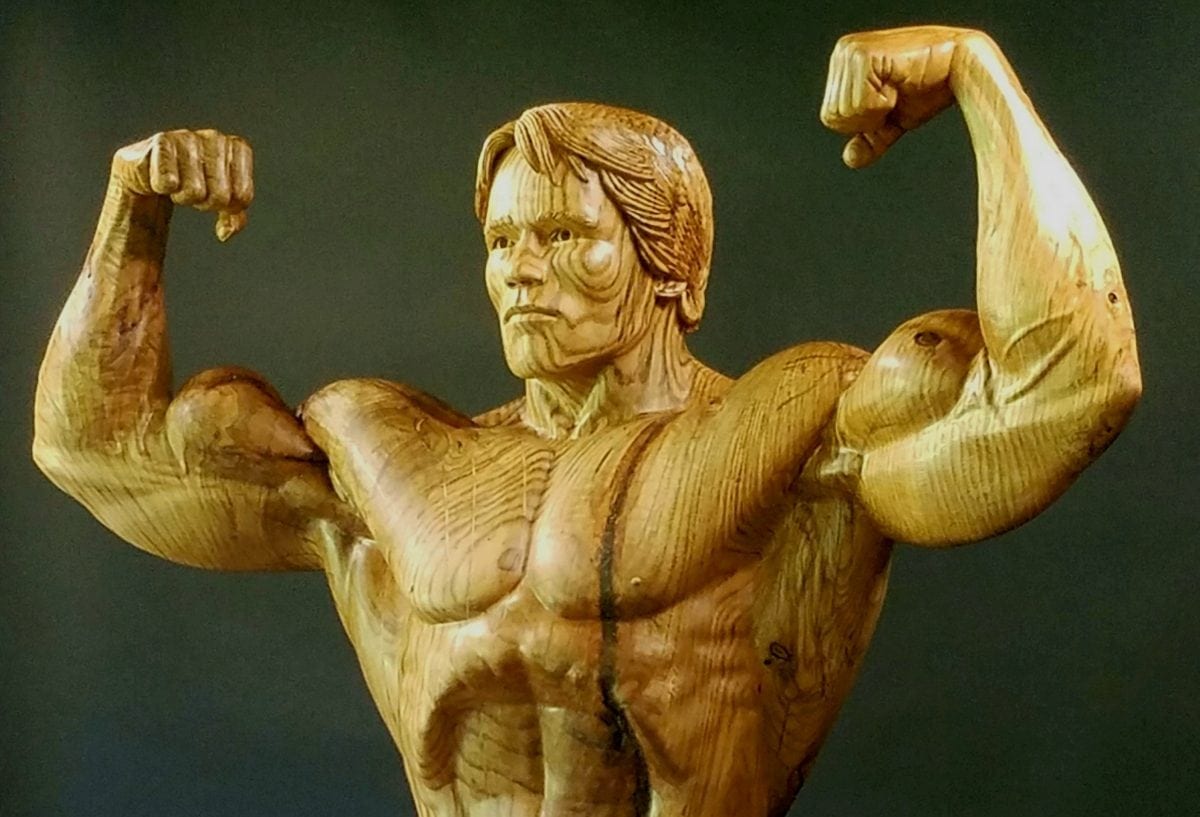 This creative artist has carved a life-sized sculpture out of an old tree trunk which depicts Arnold Schwarzenegger. 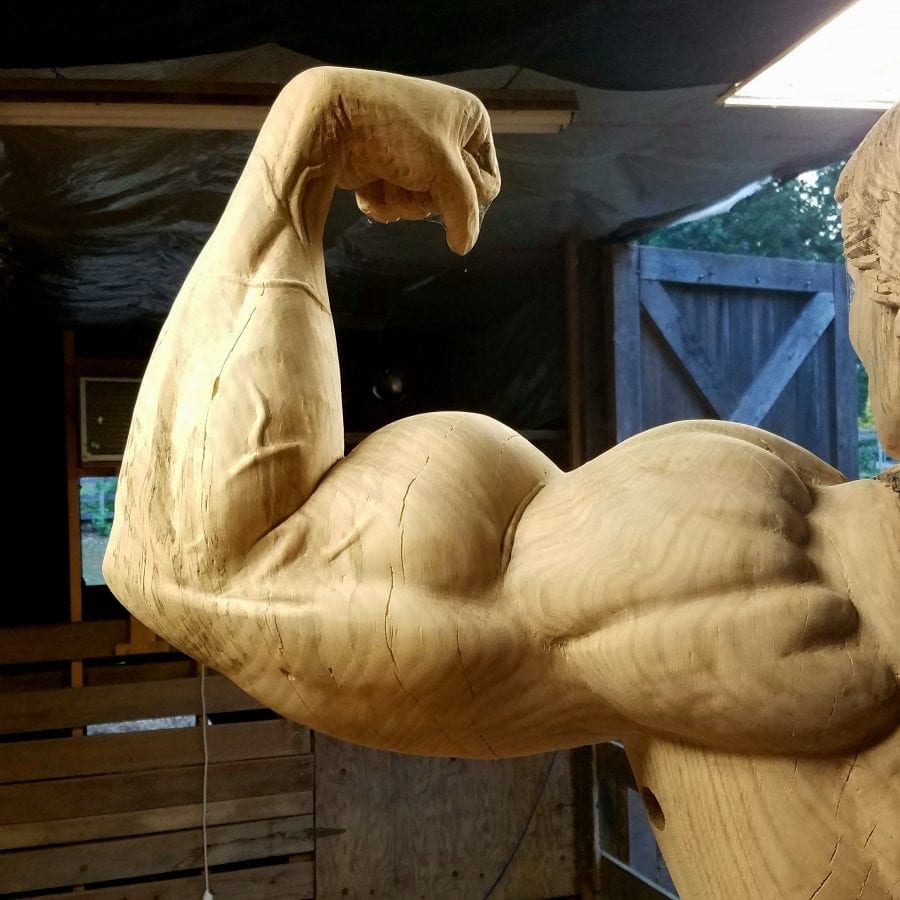 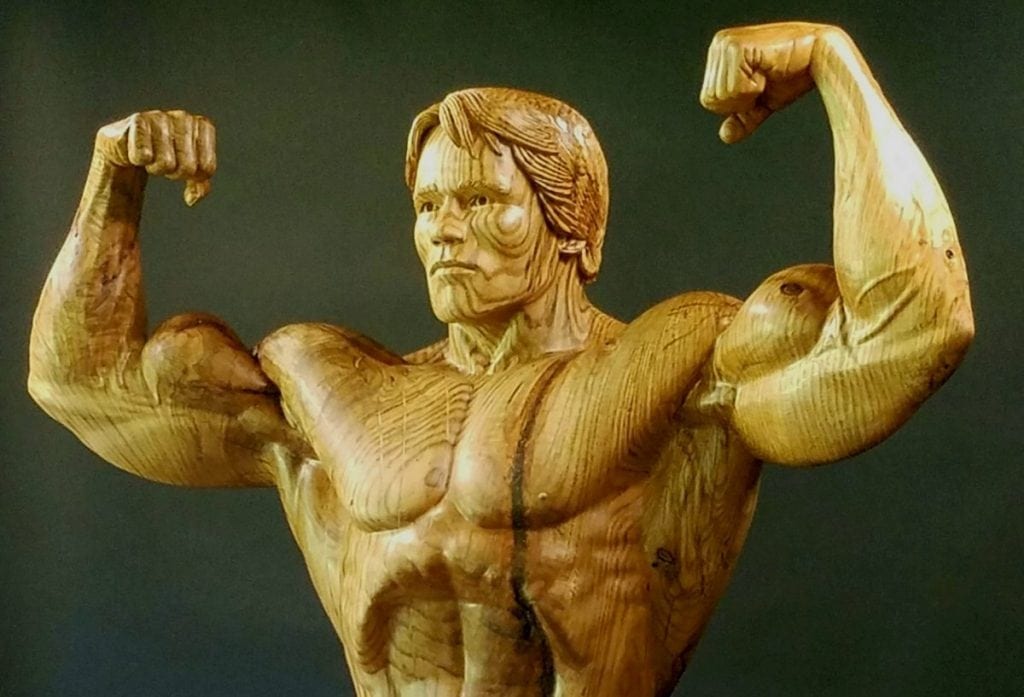 This impressive sculptor which is carved from black oak took James around six months to complete. 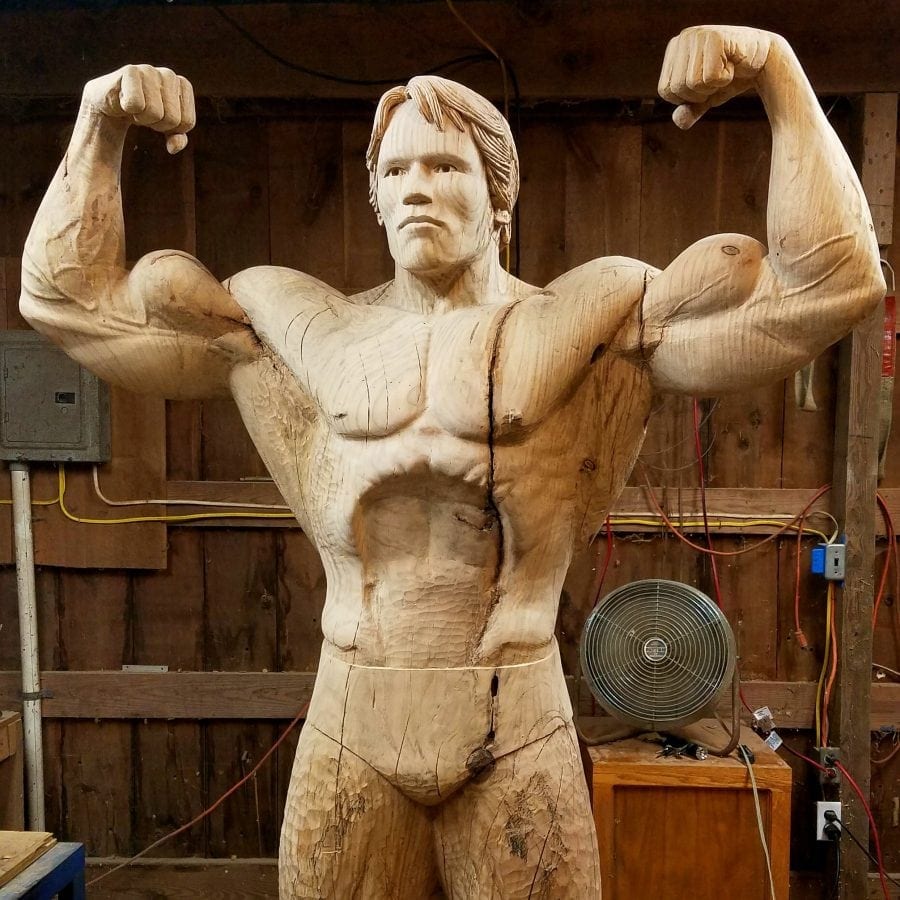 The series of images show Arnie’s muscular, v-shaped physique and flexed arms as well as his lifelike details including the wood-carved veins on his arms.

James has taken pictures from start to finish – where he can be seen standing next to the finish product in the last photograph.

Arnold Schwarzenegger is an Austrian-American actor, filmmaker, businessman, investor, author, philanthropist, activist, politician, and former professional bodybuilder and powerlifter. He is also known for serving two terms as the Governor of California from 2003 to 2011. 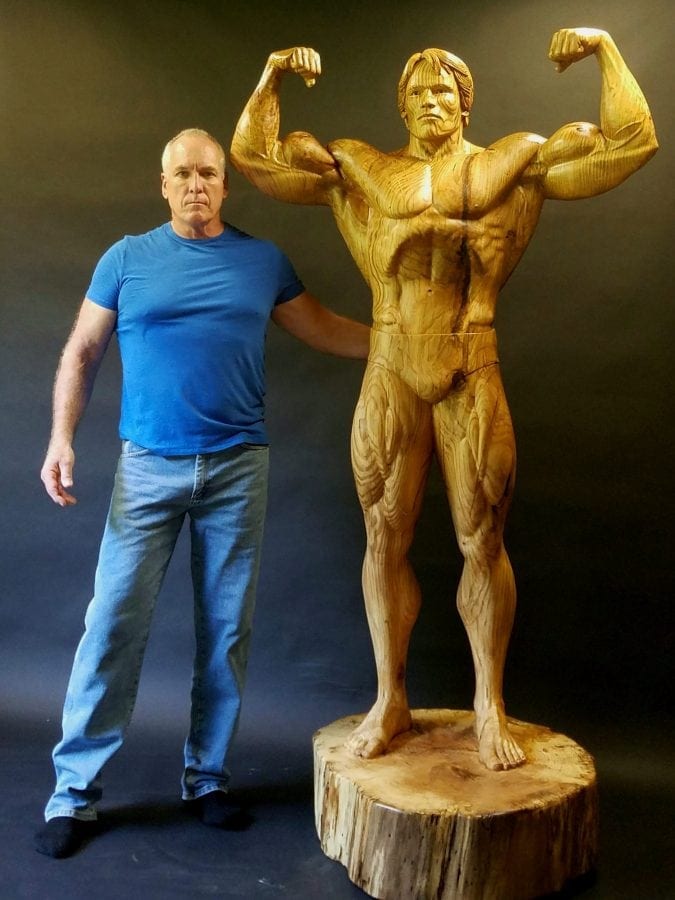 James, of New Jersey, USA adds: “This piece of black oak has the craziest grain of anything I’ve ever carved. 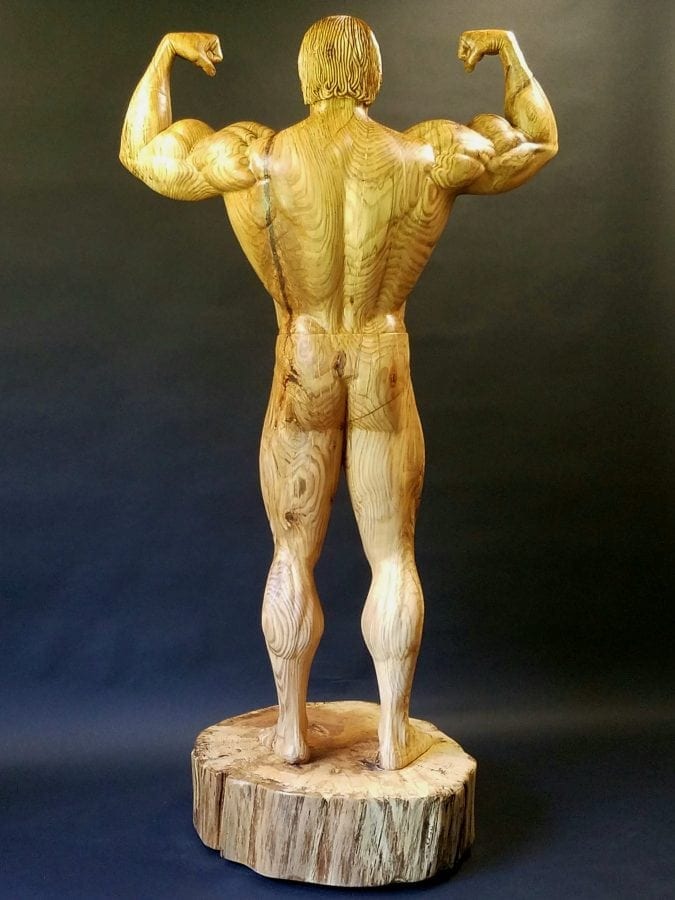 “Burls, knots, bark, bug tunnels, and grain that changes direction every few inches. Arnold fans will probably feel it interferes with the statue, but this piece is why I carve trees. So much character, and after all, Arnold is the Austrian Oak.” 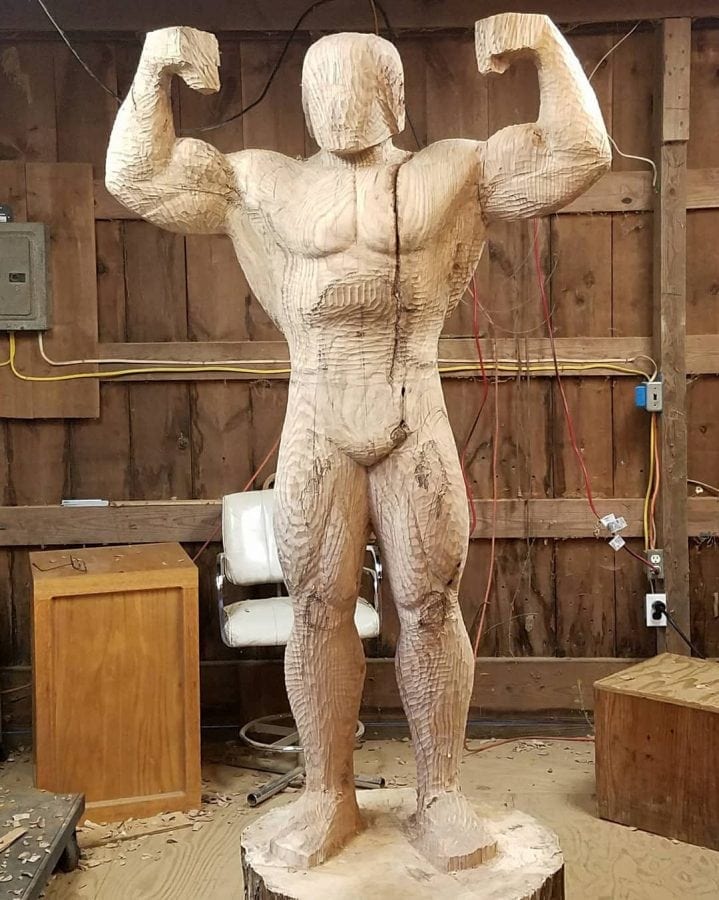 James will be entering the sculptor in the yearly citywide show and contest with over 500,000 attendees. His entry in named “Champions”.