By Adam Quane Every film has echoes of political torment; every film tells the truth with lies. Naturally, Star Wars: The Last Jedi is no different, but what is a welcome change from the initial trilogy of films is the fact that, for the first time, Star Wars leans and it leans hard. The film reflects […] 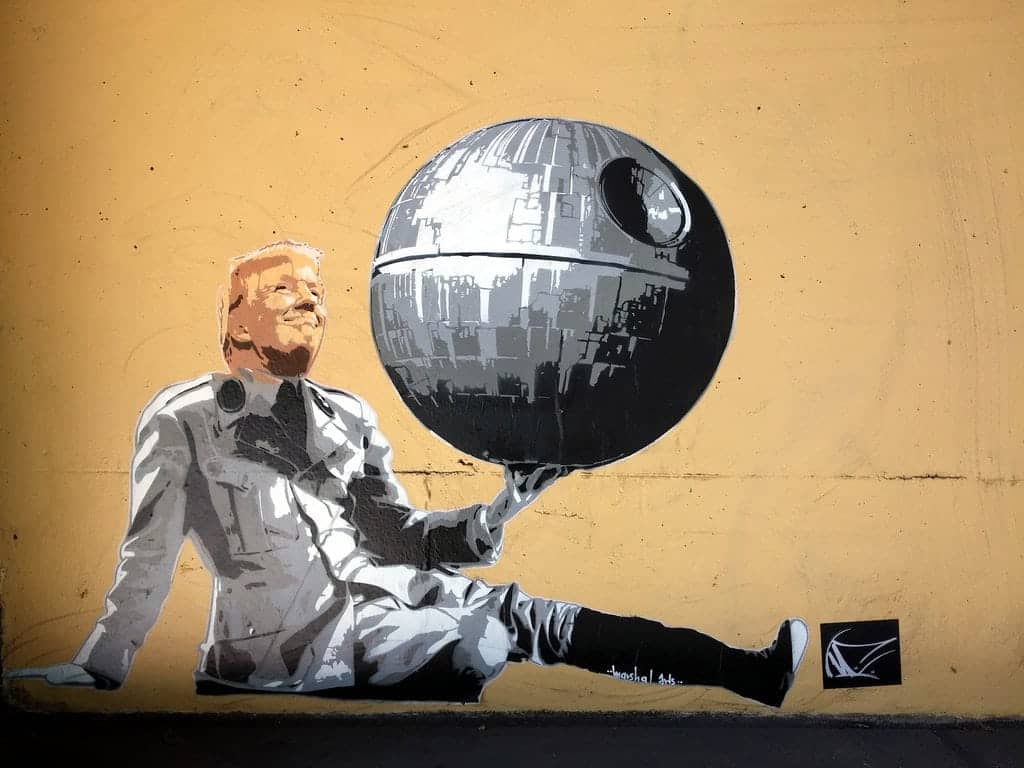 Every film has echoes of political torment; every film tells the truth with lies. Naturally, Star Wars: The Last Jedi is no different, but what is a welcome change from the initial trilogy of films is the fact that, for the first time, Star Wars leans and it leans hard. The film reflects the loss of the American Political identity that was established with the election of Barack Obama and serves as a criticism of the arrogance of the American left in the battle against the right-wing Republican Party led by Donald Trump in last year’s election.

Now, this isn’t the first time that this subtext has been found in a post-election cinematic release but it is the first time a Star Wars film has solidified a leftist stance in our world and it does that by fighting to promoting larger change in order to achieve greater equality for all. 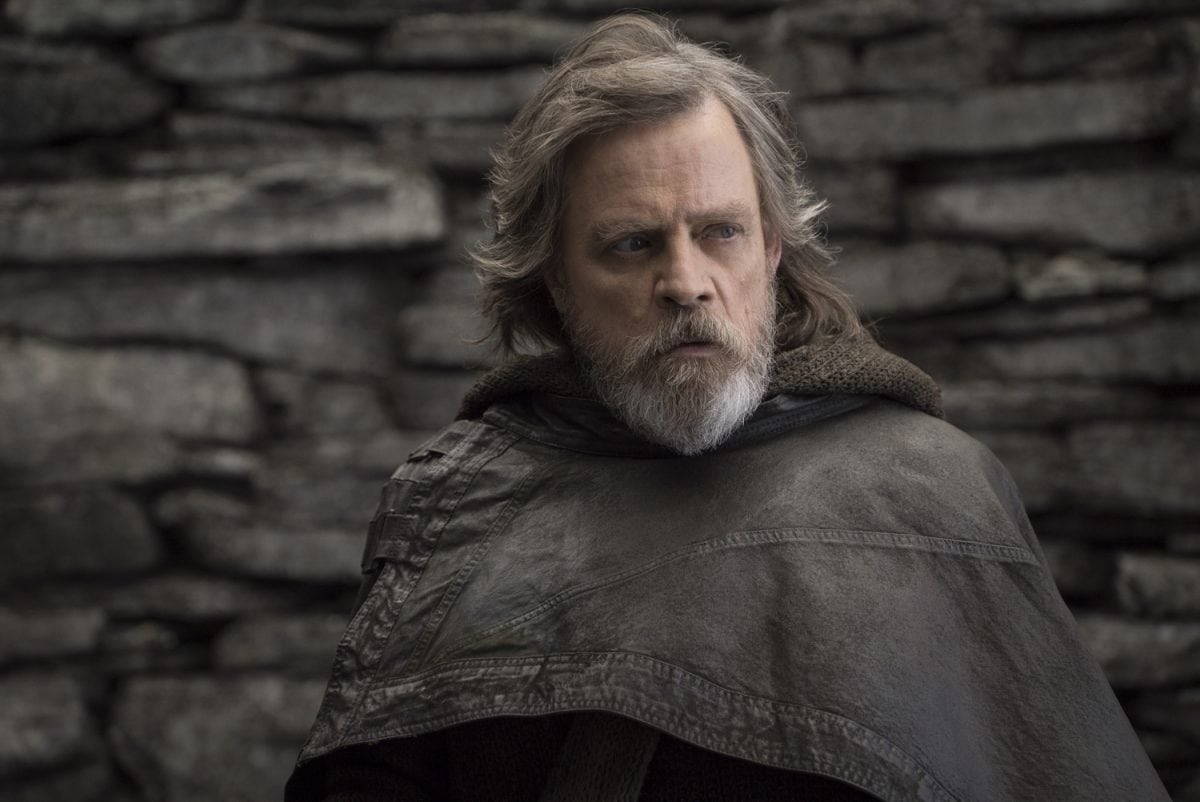 The series itself has always been spotty in its execution in terms of showcasing its political agenda, as the films aren’t known for the actions of their characters or the logic that connects each Kernel and Satellite, but the themes and ideas that are explored. A New Hope, Empire and Jedi each presented a war of a binary nature: The dark vs. the light — yet when viewed from a political viewpoint, the lessons of the stories are somewhat contradictory. The fascistic twenty-year-old Empire has a tight grip on the galaxy and it’s up to The Rebel Alliance to stop them. But though that Rebel Alliance is made up of plucky heroes from humble beginnings like Luke Skywalker and Han Solo, the leadership ultimately falls under the hand of Princess Leia: a monarch.

The Last Jedi is the true jumping-off-point for the new trilogy and it has achieved this feat by adapting the series to fit into the contemporary political world, and though it leans, what makes the story truly sincere is how writer/director Rian Johnson doesn’t ignore the faults of the political side that he’s supporting.

Political parties have become nothing short of home-teams in a game of football. This has affected the identity of liberalism and has led to many liberal voters being disenfranchised from politics as a whole while still vying for change. Johnson can see this and uses this film to show his political cards to those disenfranchised and to remind his fellow lefties that putting faith in a single force of power like Hillary Clinton isn’t enough to achieve such significant political change and that they should take a step back to first judge their own wrong-doings before turning their guns on the other side.

The film isn’t afraid to showcase the arrogance of each individual character and to have that arrogance lead to failure. The new Rebellion is losing its battle against another newly-formed-fascistic Empire: The First Order spearheaded by Ben Solo, son of Han and Leia. Whilst this battle is raging, our new-humble-hero Rey is busy trying to convince the “Legendary” Luke Skywalker to once again join the side of his sister: the now-abdicated General Leia to stop The First Order, but it’s not that simple. 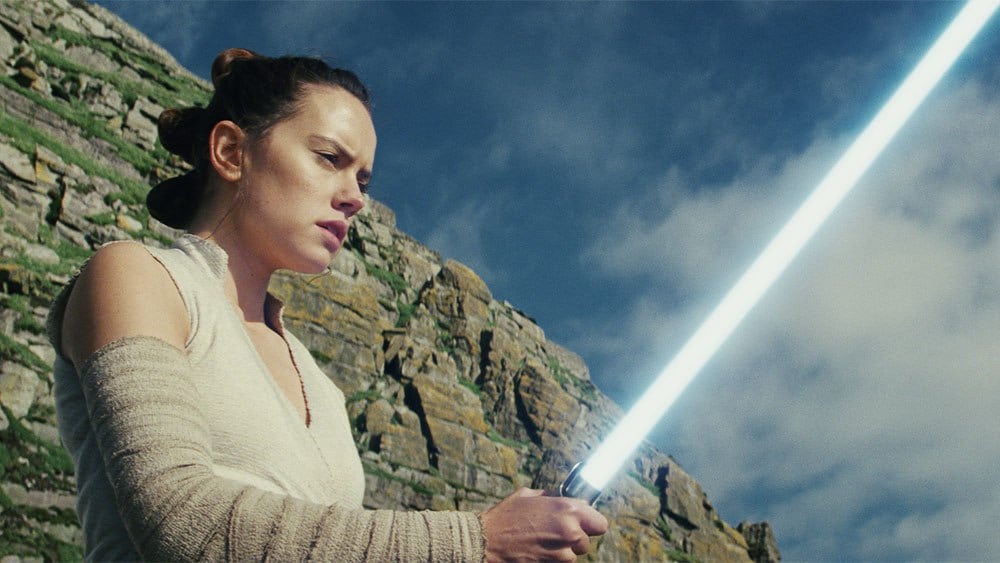 The notion that Star Wars had to solely be a story of The Skywalkers is broken in The Last Jedi with a prominent scene midway through the film that sees Luke, fully aware that his nephew Ben was being led astray by the forces of The Dark Side, contemplating killing his nephew instead of trying to help guide him back towards the light, he pulls out his Lightsaber and contemplates killing Ben outright. This is what ultimately proves to be the reasoning behind Ben’s betrayal and his ascension as the evil hand of The First Order as he felt he’d first been betrayed first by one of his kin.

You can sense that feeling of betrayal in today’s American politics. The Democrats were criticised for largely ignoring the needs of the American working class but when the ballots were being crossed, It was found that Clinton and Co’ were betrayed by the elitist campaign that didn’t have them in mind in the running. By the end it was the wealthy white elites that felt betrayed themselves with arguments for better social mobility always ending in this one large group being blamed for the country’s levels of inequality. 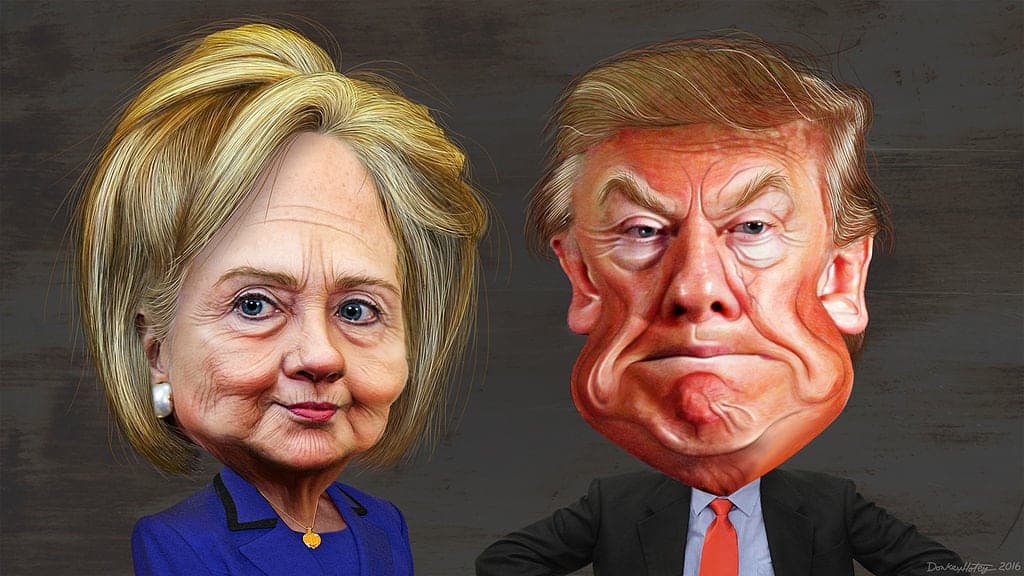 The film ignores the American left’s current focus of improving social mobility in favour of emphasising that we concentrate our resources and energy on supporting and valuing the much larger group of those who are “left behind”. Rey herself, both inside and outside of the film’s diegesis, was seen as The Chosen One, the Kin of a classic Star Wars figure who is there to repeat the life of the previous hero. But when it came down to whom Rey was, it is clear that it doesn’t matter as the film quickly addresses that she was an orphan, sold into slavery by a couple of Junkers as a child and quickly moves on from there as who she may have been isn’t important, but what is important is who she will be when she is older and reflective of her past life.

The story ends with each diverse member of The Resistance being shown as an integral part of one big machine and Luke, having atoned for his sins, addresses his nephew face to face before sacrificing his life so that the new, younger members of The Resistance can escape.

The film promotes change instead of focusing on recapturing what came before and Americans can learn from this. What’s the point in having a poster-child for equality when many will still be ignored by a broken system?