★★☆☆☆ It’s not a particularly positive sign when the credits of a film make more impact than the story which preceded it. For Michael Winterbottom’s newest endeavour, Greed, the statistics about the retail industry which play over the films credit sequence spoke louder volumes about the hideous nature of fast-fashion than the film itself, and […] 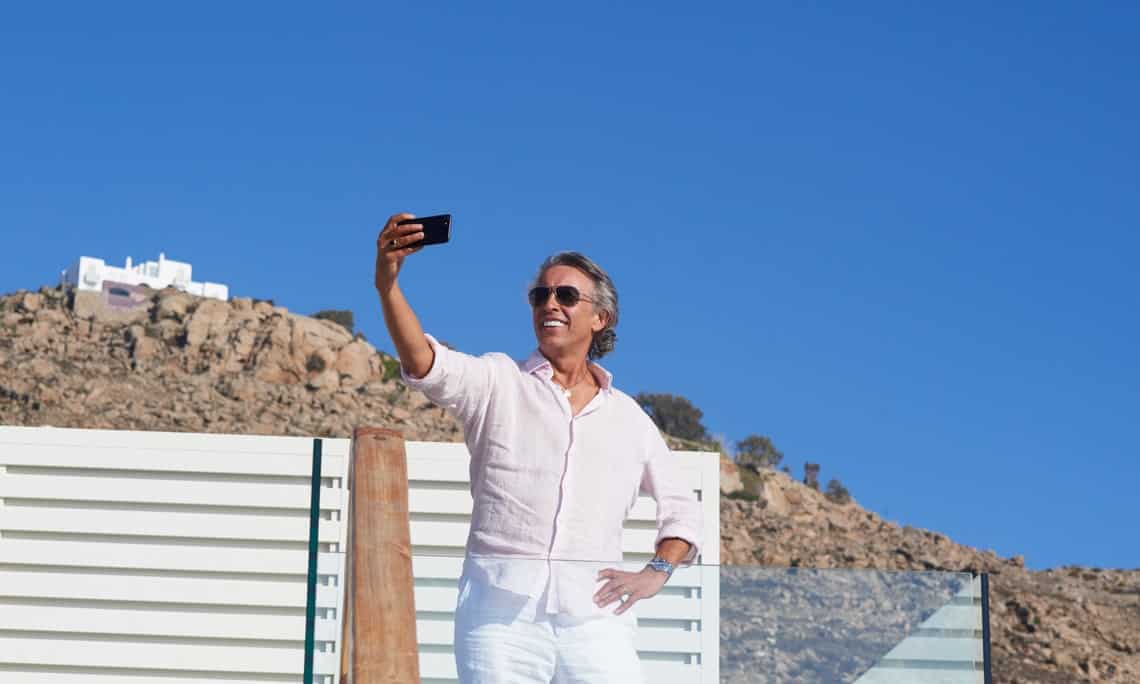 It’s not a particularly positive sign when the credits of a film make more impact than the story which preceded it. For Michael Winterbottom’s newest endeavour, Greed, the statistics about the retail industry which play over the films credit sequence spoke louder volumes about the hideous nature of fast-fashion than the film itself, and also threatened to undermine the seemingly noble message that the film attempted to put across.

Starring Steve Coogan as an orange skinned, white teethed stand in for Arcadia’s Philip Green, Greed explores the life of fictional fast-fashion mogul Richard “Greedie” McCreadie, a self-made entrepreneur in the retail industry. Greed’s story begins at a pivotal moment in  McCreadie’s life – his clothing empire seems on the cusp of ruin amidst rumours of embezzlement. To squash the impending terrible publicity (and the collapse of his business), McCreadie opts to continue on with a lavish party in aid of his 60th birthday, complete with a live lion, hastily constructed amphitheatre, and all manner of party guests (though some of them may just be doppelgangers).

Greed isn’t just a whirlwind of party planning gone wrong and satirising the super rich, though watching McCreadie’s daughter Lily (Sophie Cookson) and her boyfriend (real life Made In Chelsea star and Chloe Green’s ex boyfriend, Ollie Locke) film their reality TV show was a definite high point of the film. The film also takes a look back at McCreadie’s rise to power through the lens of David Mitchell’s Nick, a journalist/biographer attempting to write a book about McCreadie’s life.

This is the point at which Greed begins to unravel. The Mykonos party scenes verge on something akin to Armado Ianucci’s dry satire of powerful figures (the W1A of events management for the uber-rich perhaps), but the flashbacks upon flashbacks reveal a McCreadie that the film seems to want us to almost empathise with. Yes, he’s vile and yes he exploits everyone around him – and clearly Greed knows this – but there’s a tiny element of awe in the way Coogan is shot marching around factories in Sri Lanka, bargaining for a cheaper deal on clothing. More than this though, the realities of what happens to those who McCreadie exploits (which in Greed are both Syrian refugees and factory workers) have to be shown through David Mitchell’s Nick who is on a weird voyage of having his eyes opened by those less fortunate than him. Because of this, the refugee storyline (poignant as it is) seems to act as yet another example of how terrible the uber-rich are, rather than those characters being given their own autonomy, or indeed their own stories. Is it not possible to bring these (very real) stories to life without framing them through the eyes of a white man?

The other big issue with Winterbottom’s film is that it doesn’t really know what it wants to be. Parts are shot in mockumentary style, and there’s at least one section which attempts to explain the way in which moguls like Green and McCreadie acquire businesses in a very Adam McKay Vice/The Big Short style with fast cuts and a mini lecture. Both of these elements work on their own, but against the larger straight satire-drama, they stick out as a bit odd. The multiple flashbacks feel a little redundant – particularly at the beginning as we are dragged backwards across multiple time-frames very quickly.

Coogan is excellent as McCreadie, as is Isla Fisher as his materialistic yet headstrong ex-wife. There are certainly elements of the film which work (and are hysterically funny), but in the end, greed (and Greed) is just not good. Perhaps switch it out for The True Cost, a documentary which will really make you think twice about hitting the high street at the weekend.