Selected reviews of the best the festival has to offer 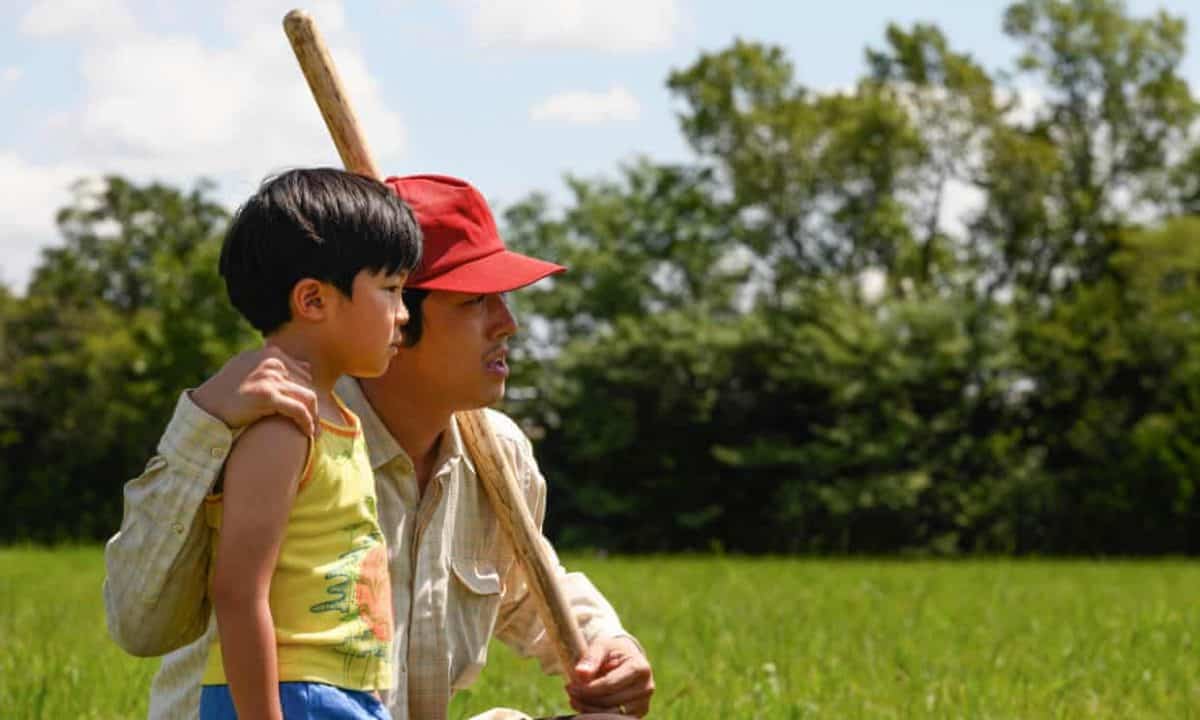 Director Lee Isaac Chung chronicles his childhood when his family- of American Korean descent – moved from LA to rural Arkansas to set up a farm to grow and sell produce. An action selfishly spearheaded by father Jacob (Steven Yuen) to the dismay of his wife Monica (Yeri Han), is perhaps a textbook example of the pursuit of the American dream. especially in the consumerist 80s when the film is set. It is a mesmerizingly gentle story worthy of its current award buzz, filled to the brim with vivid characterisations and bucolic beauty. Minari speaks of the untenability of this dream, particularly of this family’s struggle to materialise it; a theme which resonates universally, far beyond their own immigrant experience.

A closeted gay policeman Cristi (Conrad Mericoffer) is called in for an intervention at a movie theatre, where an ultra-nationalist, homophobic group has interrupted the screening of a queer film. Cristi is confronted by his fears – being outed to is colleagues- when an ex-lover is one of the patrons, and an altercation with him ensues. A simple yet effective premise, Poppy Field proves gripping, with scenes of blatant prejudice equally jarring. There is an immersive quality attributed to drawn-out, dialogue-driven scenes with camera to-ing and fro-ing, up-close, from face to face.

Preparations To Be Together For A Very Long Time

The second feature by Hungarian writer/ director Lil Horvat, stars a hypnotic Natassa Stork as Vizy Marta a neurosurgeon infatuated with a man Janos (Viktor Bodo), who she met at a conference in New Jersey. When Janos doesn’t show up to their planned appointment back in Budapest, she proceeds to stalk and confront him only for him to pretend he doesn’t know her. An exhilarating depiction of desire and obsession and Marta’s all-consuming pursuit feels fresh and unexpectedly relatable. It’s all down to Stork’s striking performance; the many moments of cliched drama are subverted by Marta’s desperation and inability to behave rationally.

A real-life story of the mistreatment Mohamedou Ould Salahi (Tahir Rahim), a Guantanamo Bay prisoner, detained without charges or a trial. Enter defence lawyer Nancy Hollander (a detached Jodie Foster) and her assistant Teri Duncan (Shailene Woodley), who are fighting for him to have his day in court. Initially predictable with the hackneyed back and forth between defence and the bullish prosecution and all the baggage that come with political courtroom dramas. Then midway it takes a menacing turn, as Salahi gradually divulges the horrors of what he was subjected to in prison, involving prolonged scenes of unrelenting torture – including rape. Truly harrowing stuff!

We are treated to yet another music biopic; this time of gregarious music mogul Alan McGee (Ewen Bremmner), the founder of Creation Records who introduce the world to bands such as Oasis, My Bloody Valentine and Primal Scream. Creation Stories follows a staid, well-trodden trajectory of the highs and lows of excess to unsurprisingly uncover some childhood trauma. It has its funny moments, and the interjection of surreal montages are admitedly entertaining, but its ultimately another biography of a successful, if loathsome music figure who we are supposed to feel sorry for and further congratulate for going sober after years of unabashed debauchery. Brummer does a good job portraying this prickly larger-than-life figure, maybe slightly miscast when he is playing a 20-something McGhee.

Black Bear could be seen as two films in one, or more precisely the first one is reinterpret as a film shoot in the second one. It morphs midway into this fly-in-the-wall perspective, recording the machinations of a film set. It could have turn out to be utterly confusing and pretentiously meta, but this multi-layered, character-shifting indie turned out to be a riveting watch. Director Lawrence Michael Levine’s ambitious film proves fascinating, humorous, dramatic, even menacing and its mostly attributed to Aubrey Plaza’s intense performance. Plaza is able to dial up and down accordingly, giving us the full emotional gamut here; from subdued jaded actress to an emotionally abused female lead.