Tim Hunter has, over the past 30 odd years, worked predominantly in television, directing episodes for stand out shows including Mad Men, Scream, and everything in between.  However, in the 1980s he directed several feature films, one of which was none other than the eerily dark, nihilistic teen drama, River’s Edge. The film is based […] 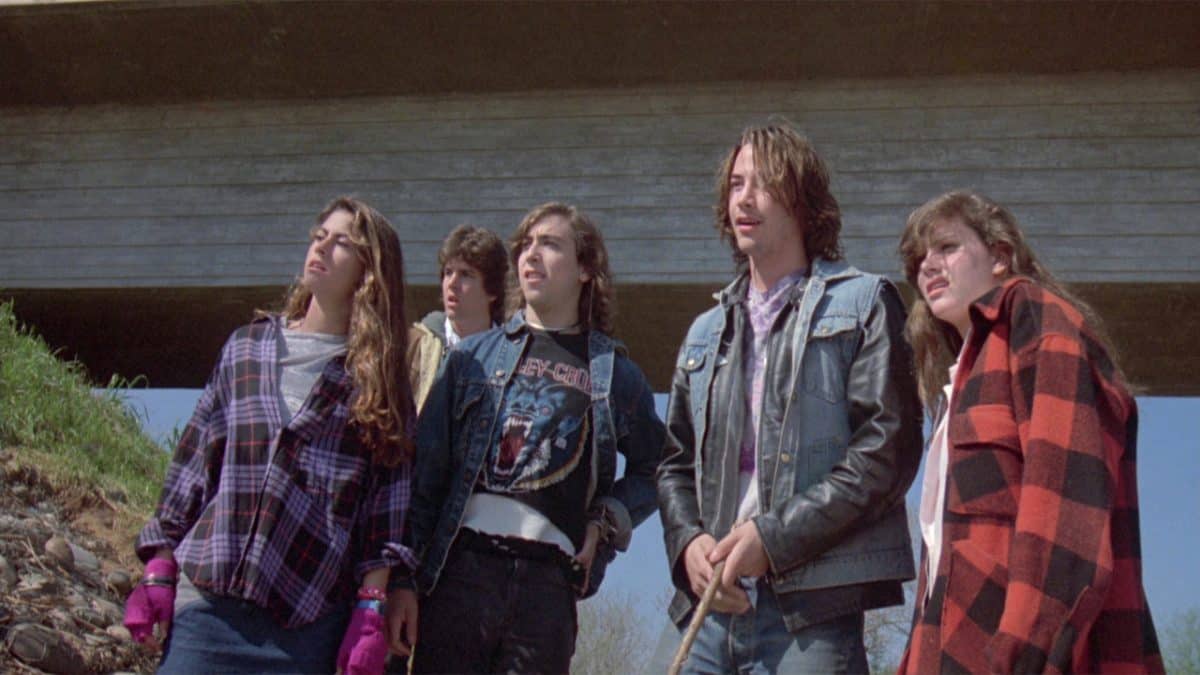 Tim Hunter has, over the past 30 odd years, worked predominantly in television, directing episodes for stand out shows including Mad Men, Scream, and everything in between.  However, in the 1980s he directed several feature films, one of which was none other than the eerily dark, nihilistic teen drama, River’s Edge.

The film is based on a the real life murder of Macy Renee Conrad, who was strangled to death by 16 year old high school student Anthony Jacques Broussard, in the small town of Milpitas, California back in 1981.  After murdering the young girl (she was 14), Broussard bragged to friends about what he had done, and showed the body to 10 people before the crime was reported.  He was subsequently arrested & sentenced to life in prison, and currently serves his sentence in Folsom State.  River’s Edge is not a true crime account of this event, but uses it as a backbone from which Hunter dives into the bleak depths of disenfranchised youth.

Samson (Daniel Roebuck), known by his friends as John, murders his girlfriend, Jamie, leaving her cold, naked body on the banks of their small town’s river.  He shows no signs of remorse and is quick to tell his friends of his actions.  Thinking that Samson is playing a joke, they drive out to the river’s edge where they quickly discover that he is not.

The group, although made uneasy by the death of their friend at the hands of another, display no real urgency.  They walk away from the body, each step they take distancing themselves from the responsibility of reporting the murder and the gruesome reality of it.  All, that is, except for the group’s leader, Layne, a speed freak, played in a remarkably theatrical turn by Crispin Glover, who takes it upon himself, arguing “Jamie’s dead, but John’s alive,” to help get Samson out of trouble. 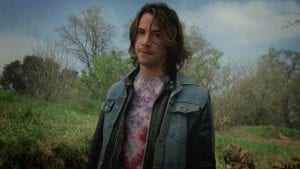 When Matt (Keanu Reeves) finally reports the murder to the police, Samson is being stowed away by Layne at local weed dealer, Feck’s (Dennis Hopper reprising a role in the ilk of a more subdued, but no less crazy, Frank Booth) house who too, “once killed a girl.”

River’s Edge sets about asking questions, the answers to which leaves you to mine out for yourself.  The characters seem devoid of any morality, detached from any true sense of emotion.  When they do express it, it’s flat, empty, and only a second before it’s on to the off-license for some beer or the park to smoke a joint.

The teens live removed from an adult world.  Matt’s family home is a shambles – his mother, divorced, has taken up with a new man, with whom Matt and his young brother, Tim, have nothing to do with.  Their little sister is the only one, as yet, untouched by the shared rage of the household.  But, the film never feels like it is trying to impart a hokey, afterschool special message about the kids being the products of the environments they are brought up in.  Instead, it simply works as a frighteningly dark look into a teenage world where hope and direction have vanished.

Hunter and cinematographer Frederick Elmes, who provided the photography for Blue Velvet, create an earthily bleak atmosphere in a small town that feels like a world unto its own.  The place exists in a time that could be both past and present, homes hide behind the branches of thick, gnarled trees and everything is overgrown and unkempt.  Running through the city are the muddy-brown, choppy waters of the river, on the banks of which Jamie’s body lies, juxtaposing two forces central to the film, stillness and movement all of which builds an unease and frustration, but restrained restlessness that sits, imposingly, above you and the characters heads.

River’s Edge is not without its faults.  The acting is inconsistent, with the decision behind Crispin Glover’s over the top turn as Layne remaining an enigma.  But, the film stays with you, playing on the mind for days.  So, instead of picking up that worn out copy of John Hughes’ The Breakfast Club, seek out River’s Edge instead.  It’s worth it.