By Michael McNulty Peter Bogdanovich, who had made a career as a film critic and historian, first dipped his toe into the filmmaking pool when he joined forces with B-movie master, Roger Corman, helping him to script The Wild Angels. But it wasn’t until 1971, after first taking the director’s chair for the 1968 feature, […] 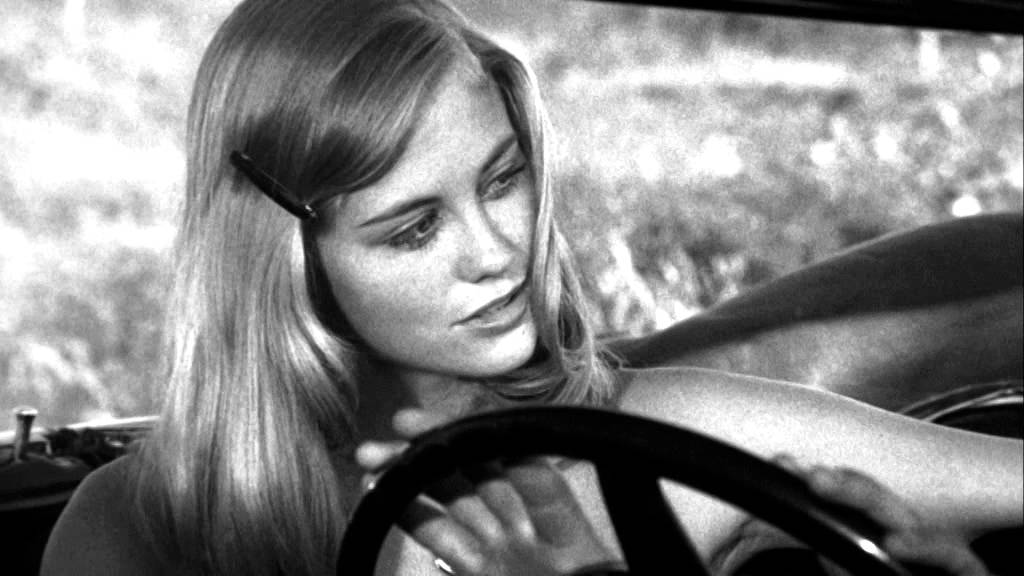 Peter Bogdanovich, who had made a career as a film critic and historian, first dipped his toe into the filmmaking pool when he joined forces with B-movie master, Roger Corman, helping him to script The Wild Angels. But it wasn’t until 1971, after first taking the director’s chair for the 1968 feature, Targets, that Bogdanovich produced the finest film of his filmmaking career, The Last Picture Show.

After the success of Easy Rider, BBS Productions, who had helped handle the film’s final edit, suddenly found themselves carrying a lot of clout in Hollywood. Using this to their advantage, they brokered a deal with Columbia Pictures to help them finance and distribute six more features, one of which would become The Last Picture Show and, ultimately, their biggest hit (Five Easy Pieces was also produced off of the back of this deal).

Based on Larry McMurtry’s 1966 semi-autobiographical novel of the same name, The Last Picture Show was scripted by McMurtry and Bogdanovich. Making use of an ensemble cast that introduced, then relative unknowns, Timothy Bottoms, Jess Bridges and Cybill Shepherd (in her debut role), the film is less a film with a plot driven narrative, than a character study and observation on small town American life. The Last Picture Show is a bittersweet masterpiece, a coming of age tale that’s swimming in nostalgia, heartache and melancholy.

The story centres on a trio of Texan teenagers in the finals months leading up to and directly after their graduation in the small, dusty town of Anarene. Duane (played by a fresh faced Jeff Bridges) is going with Jacy (Cybil Shepherd) who Sonny (Timothy Bottoms) pines for. This quasi-love triangle is a boiling pot of confused emotions, adolescent longing and small town frustration. Anarene is a town in decay; its only redeemable features are its pool hall, diner and Royal picture house. It’s a world populated by the isolated and lonely, by those in constant pursuit of that most elusive and intangible of things, happiness. There is Jacy’s mother, Lois (Ellen Burstyn) who let the love of the only man who knew her worth slip through her fingers, and Ruth (Cloris Leachman in a winning performance), the downtrodden football coach’s wife, who finds herself renewed in the extra-marital relationship she strikes up with Sonny, only to later be rebuffed by him. The tough, hardworking, tender-hearted Genevieve (Eileen Brennan), who runs the local diner, resigned to life of burgers and milkshakes and who too wishes she’d “made it.” And finally there is Sam (Ben Johnson), a totem of values and the heart and soul of Anarene (he owns its three businesses) who may be the closest to happiness, but is also caught up in a changing landscape that’s challenging him.

The Last Picture Show sits in a milieu, thematically it concerns itself very much with the themes of New Wave American Cinema, the ennui of a disenfranchised youth existing in a changing landscape, but stylistically the film harps back to the classic era of Hollywood. Fantastically shot by cinematographer Robert Surtees, the film is in black and white, shot in deep focus and makes extensive use of long takes. The film has been likened to that of Orson Welles’ Citizen Kane and The Magnificent Ambersons. In one scene Sam sits and reminisces of a time gone by the camera slowly tracking towards him and then tracking away, a shot that would have fit comfortably into any of Ford’s classic westerns.

Anarene comes across flat like a desolate town that has been dropped in the middle of nowhere existing in scorching heat, or great cold. Either dust hangs in the air and sweat clings to faces or doors bang open in wind surges and leaves blow into ghostly cold buildings. It’s evocative and points rather tragically to the future of its young characters. Jacy’s manipulation and sexual exploits a desperate attempt to carve out a future for herself, Duane’s fate in the army and Sonny continued existence in Anarene.

The sex, of which there is quite a lot, lacks eroticism. It is always awkward, fumbling and cold. Sonny’s first encounter with Ruth is an excruciating experience, the loss of his virginity scored by the squeaky creaks of a tired bedframe and the muffled whimpers of a woman fighting back tears. When Duane and Jacy finally make it, it’s in a rented motel room. After the act, as they exit and she buttons up her blouse, Jacy in a fury says “Quit prissing, I don’t think you did it right anyway.” The Last Picture Show is all mood, a coupling of nostalgia with small town reality. It is a poignantly honest portrait of a world that offers nothing to those who inhabit it, but continue on. The closing of the Royal picture house in the film marks the end of era, a shift in American life, the death of the old and the birth of the new. Peter Bogdanovich beautifully merges the two in this lyrical film.