By Michael McNulty This week we’re travelling through space, into the dark, starry beyond of the far reaches of the universe and joining the small crew aboard John Carpenter’s planet destroying space ship.  Dark Star began life as a U.S.C film project with Carpenter and Dan O’Bannon’s at its helm.  The 45 minute short was […] 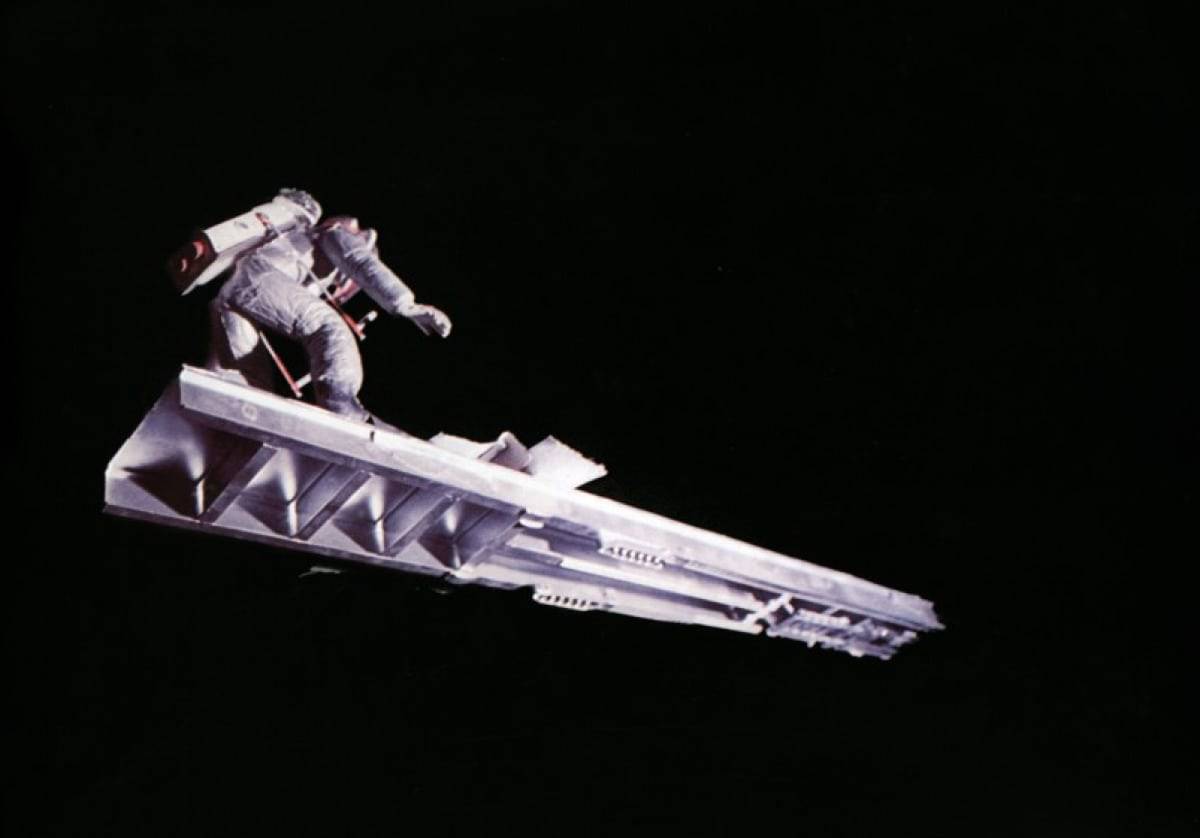 This week we’re travelling through space, into the dark, starry beyond of the far reaches of the universe and joining the small crew aboard John Carpenter’s planet destroying space ship.  Dark Star began life as a U.S.C film project with Carpenter and Dan O’Bannon’s at its helm.  The 45 minute short was picked up by producer Jack H Harris, given a cash injection, raising its micro budget to $60,000 and a limited theatrical release in 1975.  It’s a low budget, sci-fi-comedy send up of Kubrick’s 20001: A Space Odyssey and a glimmering speck of delight in the vast expanse of a generally mega-budgeted genre.

In short, the film follows the small crew aboard Dark Star, there is Lt Doolittle (Brian Narelle) who has recently replaced the previous commander after a hyper-drive malfunction saw him blown up, star gazing Talby (Dre Pahich), ray-gun toting Boiler (Cal Kuniholm) and Pinback, the guy nobody seems to like. They have been tasked with destroying unstable planets with the ships collection of thermo-stellar “smart” Bombs who possess, like HAL in 2001, a quasi-sentience that jeopardizes the crew and their mission.

Carpenter offsets 2001’s grandeur with off kilter comedy. The films are aligned in their treatment of deep space travel as an endeavour mired by mundanity and boredom, but Kubrick’s film was a hypnotic space odyssey that explored themes of evolution and the dawn and ascent of man.  Dark Star does not.  Its space crew is a collection of beardy, cigarette smoking loafers who bicker and squabble between saran wrapped meals and chill in their scruffy, communal sleeping quarters, shucking off their responsibilities.  The swells of classical music and scale of production that bring to life the majesty of 2001 are substituted for cheap looking effects and a hokey country and western song, Benson Arizona.

That being said, Dark Star does offer its own unique brand of satirical naval gazing.  It’s a study of isolation and its deteriorating effect.  Lt Doolittle’s sombre musical interlude on a makeshift water bottle piano and crewmate Talby’s star gazing are the behaviours of men on the brink of mental breakdown.  The film begins with a communication video sent from earth, but as the space ship is 18 par sec from the home planet there is a ten year delay from its original recording.  The time delay on these communications reinforces the crew’s isolation and highlights the futility of trying to maintain a sense of conversation.  These are funny moments, but with a yarn of sadness woven through them.

Dark Star also points to Dan O’Bannon’s later original screenplay for Alien in a sequence that takes up a significant amount of the film’s run time.  The crew have captured an alien life form that looks strikingly like an orange painted beach ball with a pair of giant rubber chickens’ feet and when crewmate Pinback (played by O’Bannon himself) is tasked with feeding the creature it escapes its holding cell.  What follows is a science fiction, Tom and Jerry-esque game of cat and mouse as Pinback tries desperately to catch the Alien.

The film’s end makes obvious reference to Ray Bradbury’s short story Kaleidoscope, but there are hints of a short by sci-fi writer Frederik Pohl, The Hated, throughout.  Dark Star is a smart, funny little film that drifts along much like the ship itself does, provides some great laughs and is a sure-fire sci-fi classic.