It’s fortunate that 1993 was a great year for movies. I turned 12 that year, and was just starting to go from a kid who had an interest in films to developing the full blown obsession with movies that, eventually, led me to start writing about film and, I guess, to this series. Over the […] 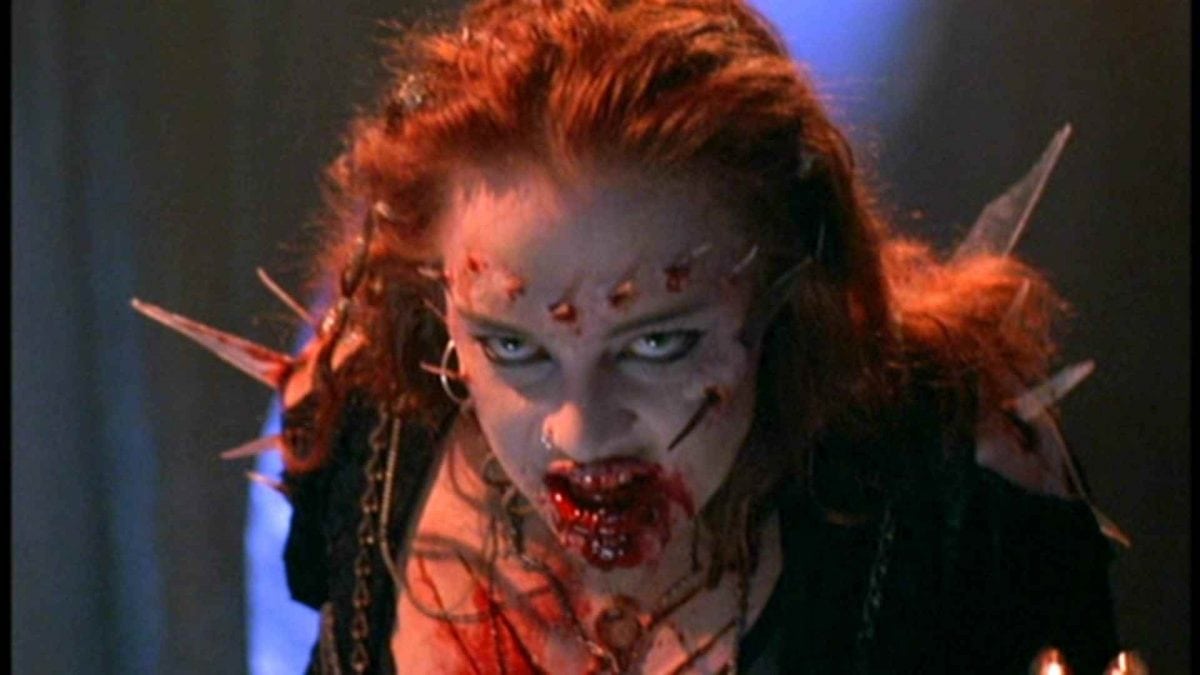 It’s fortunate that 1993 was a great year for movies. I turned 12 that year, and was just starting to go from a kid who had an interest in films to developing the full blown obsession with movies that, eventually, led me to start writing about film and, I guess, to this series.

Over the course of 2018 I’ll be spotlighting some of 1993’s best and most significant films for their 25th anniversaries. We’ll be going in release order and, while I’ll try, we might not always hit the exact dates of the anniversaries. In composing my list of titles I’ve followed US release dates (sourced from The Numbers, which also includes direct to video releases). One thing I noticed was the relative paucity of foreign language releases, so this series will largely focus on American films, but otherwise the net spreads pretty wide, there are thrillers, comedies, action films, neo-noirs, horror and more coming up.

The other odd thing I noticed was that the year seemed to take a few months to warm up. With that in mind the series won’t run every week until the end of March, but from April things pick up and I’ll have a weekly dose of nostalgia for you.

You know how it is: you’ve overindulged, you’ve been buried in Christmas music and Christmas movies for the best part of a month. You need a palate cleanser. What better than a punk zombie romance to start the year off right?

Brian Yuzna’s second sequel to Dan O’Bannon’s Return Of The Living Dead is a very different beast to the original. Aside from the fact that the same substance, 2 4 5 Trioxin (a reference to Agent Orange), creates the zombies, the stories and characters are unconnected and even the tone feels markedly different. Where the original film leaned close to a parody of George A. Romero’s Dead series, Yuzna and writer John Penney’s take on the material, though not humourless, plays it much straighter, putting the focus on a surprisingly emotional ‘human’ story, while not skimping on the gore.

Curt (J. Trevor Edmond) and his girlfriend Julie (Melinda Clarke) sneak in to the military base where Curt’s father (Kent McCord) is running an experiment they think it will be ‘cool’ to watch. That experiment turns out to be an attempt to use Trioxin to reanimate corpses and use them as weapons. Later, Julie dies in a motorcycle accident. Devastated, Curt uses Trioxin to bring her back, but some other zombies infect soldiers during their escape from the base, Julie is overwhelmed by hunger, and having a zombie for a girlfriend turns out to be complicated.

Zombie films are not usually reknowned for complex character motivations, interesting psychology or great acting, but Return Of The Living Dead 3 at least aspires to all of these qualities. The screenplay deals particularly interestingly with Julie’s hunger. Because her brain was intact and she was brought back quickly, Julie has all of her mental faculties, meaning that she understands and can express what is happening to her as more and more of her mind gives over to pure instinct and hunger. Melinda Clarke brings surprising depth to the role, we get a real sense of Julie losing control of her own mind, while being disgusted with the process and her urge to eat people. As the cravings grow worse, Julie learns that pain can keep them at bay for a short time and cuts and otherwise injures herself in an attempt to stave off the pain of the hunger and to keep her mind her own.

The film’s most striking image comes when Curt and a homeless man known as Riverman (Basil Wallace), who has helped him and Julie, are being attacked by a gang. Julie emerges, fully zombified. She’s covered in cuts, pierced all over and has pieces of glass and metal sticking out of almost every available inch of flesh. It’s a striking and scary image, but what hits me most about it is how sad it is: it’s an image of a woman whose only means of control is causing herself pain. It’s a moment that has a depth and resonance uncommon in low budget second sequels to zombie movies. Later still, with Julie a prisoner in the military facility, Clarke finds pathos in this zombie who has never seemed more human, never more fragile. Despite the terrifying power she has, she’s reduced by it and by what the army is planning to do with it. Again, these are provocative themes enhanced by a strong performance.

For all of these serious themes, Return Of The Living Dead 3 never forgets to have fun. At heart this is very much a B-Movie. The plot is simple, as is much of the character writing other than for Julie, and the emphasis is placed squarely on gory setpieces. The film wastes little time in showing off its excellent practical effects work, with the first zombie causing plenty of splattery mayhem as he bashes a scientist’s head in before biting him and making him into a zombie. The film only becomes more extreme as it goes on, with the leader of the gang pursuing Curt and Julie becoming an especially spectacular zombie, with his spine pulled most of the way out of his body, his head therefore floating, half independent, some distance from the rest of him. These effects, as well as those on the zombie Julie and other incidental things, like a great headshot when a convenience store owner is killed, are incredible for a film that cost just $2 million (though the budget is more visible in the very basic set design of the compound). Many of the most effective images come in the military compound, be it half of the face falling away from a corpse pursuing Curt and Julie or the oddly sad images of Riverman – zombified and controlled by an exoskeleton – having pieces shot off him by his creator (Sarah Douglas, best known as Ursa in Superman 2).

Curt and Julie’s relationship forms the centre of the film, but while it’s reasonably well written this aspect of the film suffers from the fact that, in either writing or acting, J. Trevor Edmond contributes nothing like the depth that Melinda Clarke has. That said, their relationship forms a strong throughline for the plot, and it comes to the fore in an effective coda and a genuinely moving final image. It’s these little touches; the interest the film takes in Julie’s plight, that last image, the moments it slows down to make Riverman more than just a plot device, that set Return Of The Living Dead 3 apart from your run of the mill gut muncher (not that those aren’t fun) and elevate it to minor classic status.