Written by Michael McNulty Hollywood and alcohol pair together as well, if not better, than Humphrey Bogart and Lauren Bacall. A magical relationship that brings to screens breathless narratives from comedy to drama, and everything in between. Here are five films so boozy the celluloid may as well have been soaked in whiskey. 1) The […] 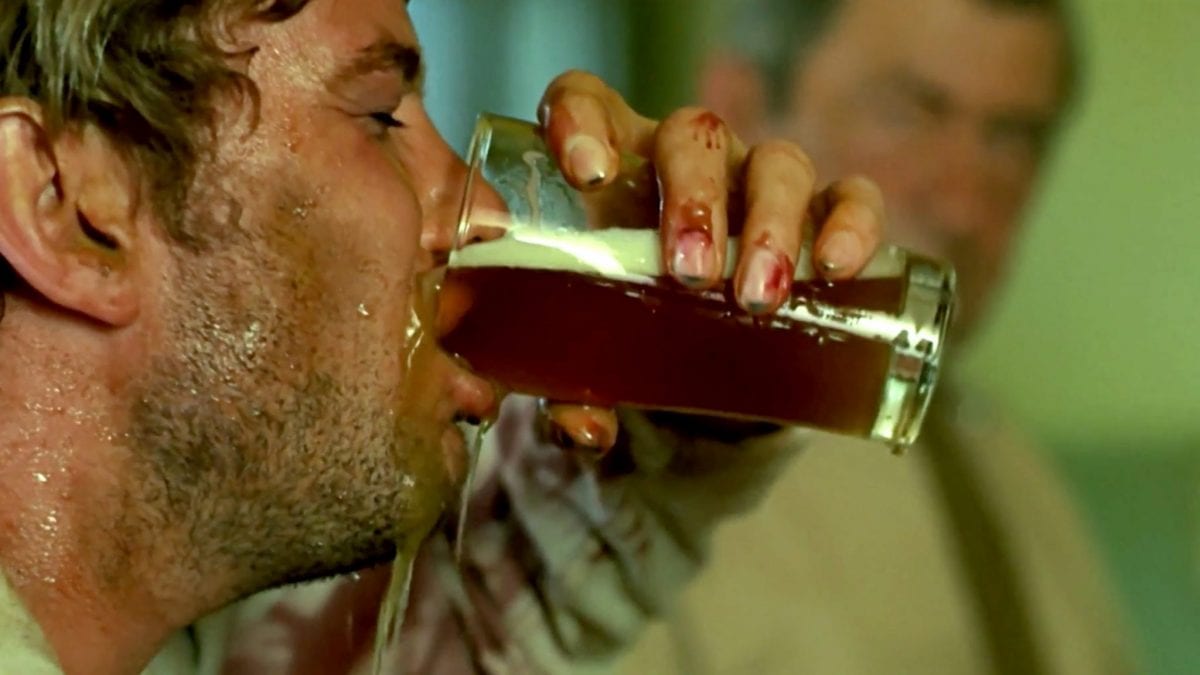 Hollywood and alcohol pair together as well, if not better, than Humphrey Bogart and Lauren Bacall. A magical relationship that brings to screens breathless narratives from comedy to drama, and everything in between. Here are five films so boozy the celluloid may as well have been soaked in whiskey.

1) The Lost Weekend is a masterpiece in filmmaking. Directed by Billy Wilder and released in 1945, this is considered to be the first film to use the term “alcoholic.” Based on Charles Jackson’s novel of the same name, The Lost Weekend follows Don Birnam (Ray Milland), a struggling writer, as he avoids a weekend “cure” away in the country to go on a four day bender. Beautifully photographed, scripted and performed this film is an uncompromising look at the desperate existence of the alcoholic and the tragic descent into alcohol induced madness.

2) Wake in Fright was panned by critics upon its release and destined to disappear into the heap of burnt celluloid slowly collecting in the waste room of the cinema world (in this particular case a shipping container in Pittsburg), had it not been for editor Anthony Buckley, Wake in Fright is Ozplotation cinema at its nightmarish best. Ted Kocheff’s film is in many ways an Australian The Lost Weekend, set in a world of blokes who believe in little other than lots, and it really is lots of schooners of beer, gambling, sex and hunting. John (Gary Bond) stops off in a small mining town in the Australian outback on his way to Sydney, gambles away his money and finds himself drunkenly sucked into an alcohol fuelled male-centric community who exist in a desperate lonely anxiety.

3) Leaving Las Vegas is a film about the moments, photographed using 16mm film and accompanied by soft jazz, it is as if the film itself has been steeped in a bottle of vodka. It has a hazy and hypnotic quality that provides the film with a poetic surrealism, serving to underline the core of the story, which is not it’s clichéd characters, but the love and compassion people can feel for one another. Directed by Mike Figgis and adapted from John O’Brien’s novel of the same name, Leaving Las Vegas is about a former screenwriter Ben (Nicolas Cage) who moves to Las Vegas to drink himself to death. Staggering through The Las Vegas strip, he meets a high end prostitute, Sera (Elisabeth Shue) and the two slowly fall in love. Nicolas Cage delivers a performance that is touching, deeply sad, manic and at times warm and funny. You have bite back the burn and forget to question the reality of this film, not to mention the hugely, flawed quasi-documentary interview scenes and let yourself get drunk on the tenderness that lies beneath it.

4) Edgar Wright’s The World’s End is definitely his booziest and, possibly, his best film – not only of the Cornetto Trilogy, but of all he’s ever made. About a group of school friends who reunite to complete a pub crawl they failed to do when they finished school. Between the pubs, the pints and the shots you get a film that is not just a drunken bro- mance, but also a film about addiction, not only to alcohol, but also memory. Thematically all of Edgar Wright’s films have concerned themselves with maturity and responsibility, with characters having to grow. However, The World’s End twists this, allowing Simon Pegg’s Gary King to continue in his existence as a man living in the past. This is everything you expect from an Edgar Wright film, it is quick witted and sharp in its presentation and the performances are too.

5) Sideways, based on the novel of the same name and directed by Alexander Payne, is hilarious, heartbreaking and slightly irritating, a wine-centric drinking film of the highest calibre. Miles (Paul Giamatti), a recent divorcee (2 years) failed novelist and walking sad sack of self-doubt and anxiety is a closeted alcoholic who takes his best, and soon to be married friend, Jack (Thomas Hayden Church), the antithesis of Miles, on a bachelor week through California wine country. What ensues is wonderfully sad and horribly funny middle class pursuit of happiness as two men, both suffering from midlife crises try to drink and fuck through their (not always so) quiet despair. Although there is one insufferable scene in which the delicacy and complexity of grapes is compared to people and life, this film is superbly written, witty, and the performances are golden.