A group of shady individuals accumulate in an abandoned Boston warehouse to size up and complete an arms deal. However, when some bad blood infiltrates the proceedings, the deal swiftly falls south, and the guns which were going to be used for other nefarious purposes are now being utilised a little earlier than expected. That’s […] 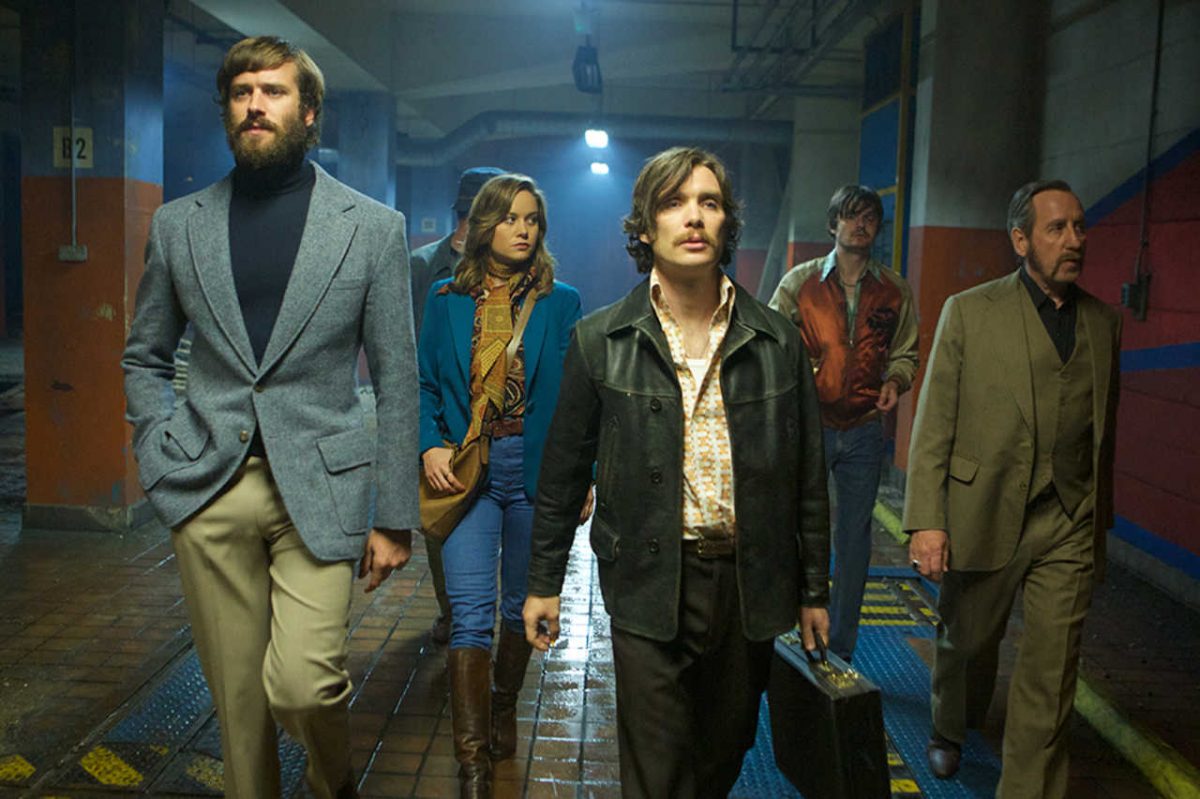 A group of shady individuals accumulate in an abandoned Boston warehouse to size up and complete an arms deal. However, when some bad blood infiltrates the proceedings, the deal swiftly falls south, and the guns which were going to be used for other nefarious purposes are now being utilised a little earlier than expected.

That’s it. Looking for anything else? You’re in the wrong place. Free Fire isn’t a film of complexity. There’s not that much to it. But there’s more than enough traction gained from such a minuscule amount of story

Adam Nayman; writer of a delightfully engrossing analysis on Paul Verhoeven’s Showgirls (It Doesn’t Suck), named his follow up book, which focuses on Ben Wheatley’s films; Confusion and Carnage. These two motifs continuously operate in tandem when it comes to Ben Wheatley. He appears to be a filmmaker that enjoys dropping WTF moments within the narratives of his films with little regard on whether a viewer cottoning on to what’s occurring in front of them. Things are often deliberately left unexplained. All that’s left is the wreckage in the wake.

Free Fire, Wheatley’s sixth full-length feature is his most accessible text, with the only real confusion being who’s shooting who amidst the billowing gun smoke. The film really keeps things simple doing little else than escalating the one liners and ricocheting bullets.

The film plays out like a stylised, hyperactive second cousin to Reservoir Dogs (1992). The viciousness of the verbal is toned down but the danger, dirt and double crossing are present and almost as equally voracious.

Amongst the blasting of bullets is the yelling of oneliners from its international cast, who are game for this outrageous exercise. Armie Hammer exudes 70’s swagger with Rolex sharp professionalism. Sam Riley gives one of his more rat-like displays, reminding folks what an utter scumbag can be in a role. Sharlto Copley’s Don Johnston-gone wrong in South Africa performance is the perfect type of comic performance that works well in a film like this, and it rubs up well against Brie Larson’s cool customer with something to hide. The cast is rounded off by the likes of Michael Smiley, Noah Taylor and Cillian Murphy whose gives off one of his typical performances that doesn’t have to be showy in order to be enjoyable.

The most interesting element of note in Free Fire is just how much video game culture has infiltrated movie culture. Whereas similar weapon run around movie; Hardcore Henry (2015) spent much of its time running on rails with a similar levelling up structure to a first-person shooter’s campaign mode, Free Fire is more reminiscent of an online deathmatch. The film eschews any of the narrative depth found within Wheatley’s darker works for the balls to the wall, anything can happen antics that can be found on most people’s home consoles. Amusingly, Wheatley stated during a Q&A at the time of the film’s theatrical release that he planned the layout of the shootout via the game Minecraft, only further illustrating where inspiration is being mined from more and more.

With the credits stating early that the film is executive produced by Martin Scorsese, it’s clear that Wheatley was swinging for the fences with Free Fire. Attracting a more mainstream audience was clearly the aim here. However, all the beautiful, saturated golden hues from cinematographer Laurie Rose cannot hide Wheatley’s more cult-like tendency for brutal and dirty dog eat dog worlds. This won’t be so much of a problem for Wheatley followers. They’ll be used to the film’s later sequences once the grime and rot begin to set into the shredded clothing and wounded shoulders. The film could still be an eyebrow raiser to a more casual viewer. That said, Free Fire for all its quick firing gags and fast paced thrills, just doesn’t have the sticking power of Wheatley’s other features. Even the more obtuse A Field in England is filled with images which burn into the psyche. Free Fire is more interested in giving its viewers 90 minutes of a high-octane gun battle with some very funny gags thrown in. Not a bad thing. Just different. Like much of Wheatley’s works.