In the couple years since Steven Spielberg professed that the western was dead, we have seen a mini revival in the genre. Whether it is The Hateful Eight, Hell or High Water, or even The Revenant a new generation of filmmakers have connected with this type of film. German director Valeska Grisebach is the latest […] 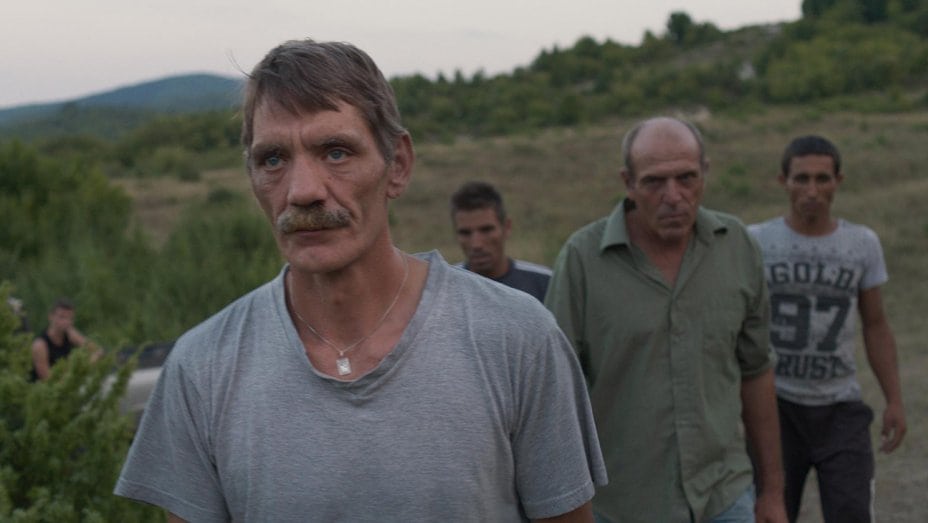 In the couple years since Steven Spielberg professed that the western was dead, we have seen a mini revival in the genre. Whether it is The Hateful Eight, Hell or High Water, or even The Revenant a new generation of filmmakers have connected with this type of film. German director Valeska Grisebach is the latest to reimagine the genre with her third feature.

Western is set in a remote rural town in Bulgaria, near the Greek boarder. There, German workers are building a hydroelectric plant. They live in a camp cut off from the rest of the town and the locals generally treat them with contempt and disdain. The exception being Meinhard (Meinhard Neumann), a world weary loner who claims to be a former soldier. Before long he begins to befriend the Bulgarians and starts spending his spare time with them. The rest of the workers are suspicious, with tension and conflict always a possibility.

Valeska Grisebach’s third film, which follows two critically acclaimed if overlooked features, further establishes her reputation as an important voice within European cinema and has seen her compared with the likes of Claire Denis and Kelly Reichardt.

The film’s title brings to mind the wide expanses of the American Western and the mythology related with it. Despite the genre usually being associated with a bygone time, Grisebach is able to make it feel urgent and relevant, as she details the subtleties of inter-male relations. Women are peripheral figures, left isolated within the masculinised environment.

The title also refers to a tension that runs between East and West Europe. It is a divide that is most clearly represented by the contrast between the former Soviet states and the capitalist West. There is an uneasy dynamic that this creates, with the German workers there not to enjoy Bulgaria’s culture or beautiful landscape but instead earn a living. In a sense their presence represents a kind of modern day colonialism that sees Western European investment shape the direction of Eastern European development. The dispute over water, which sees the workers and locals pitted against each other, seems to signify something much greater and harks back to a history of conflict that has defined the region for centuries.

And yet, despite all of this a relationship and a degree of understanding forms between Meinhard and the villagers. For moments at a time we are able to see the other side of the characters masculinity. With touching insight we see Meinhard cry over the death of his beloved horse and the loss of his brother. It is clear that behind the anger and territorial behaviour lies pain and sadness. Where the traditional western is primarily concerned with ideas of freedom, Grisebach is more concerned with the desire for belonging and the ways in which male self-delusion stand in its way.

All the actors are non-professionals and this helps to bring a naturalism and physicality to each scene. Before being spotted by Grisebach, Neumann worked in a car factory making glove compartments. Unsurprisingly, he looks completely at home on the construction site and adds another layer of realism to the film. In much the same way, Western manages to seep under your skin and immerse you in the workings of this small remote town.