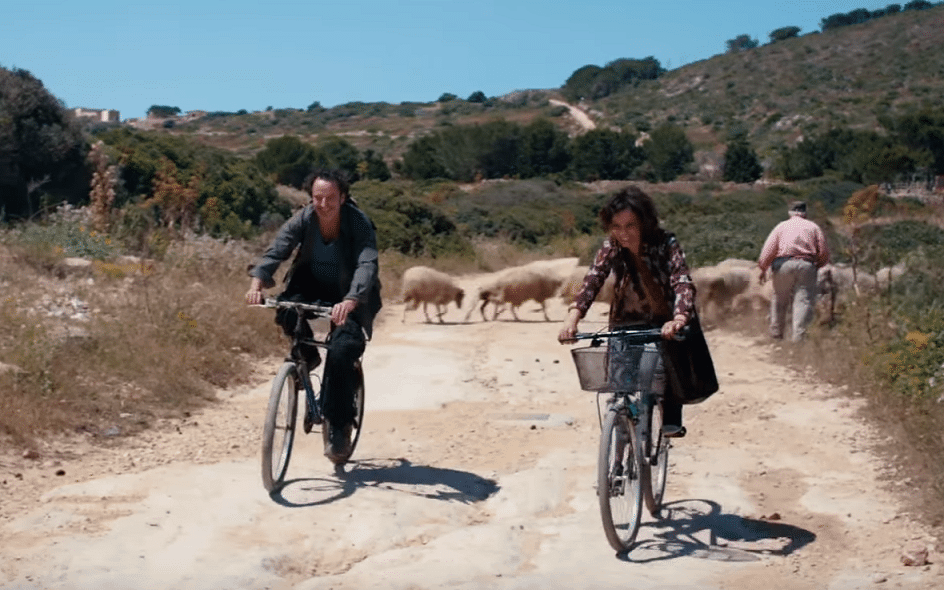 Throughout the film the lead characters, Ivan (Bruno Todeschini) and Chiara (Alessia Barela), attempt to figure out their feelings with a quiet determinism that remains throughout the film. Although only 97 minutes long, the film moves slowly and allows each scene to breathe accordingly. Ivan is a botanist consumed by his work, collecting samples and writing academic papers and Chiara is a seamstress at a theatre company. They are an unlikely pairing but the darkness that lies inside them draws them closer.

The film makes fantastic use of it’s location; the sparse scrubland of the island is a fitting metaphor for the pairs emotions. Although the minimal flora and fauna mixed in with the dilapidated buildings adds an element of bleakness to their  situation, the camera lingering on the crystal clear blue ocean  counteracts their hard edge and forlorn outlook on their future.  Great cinematography.

The pair are thrown together to help plan, Ivan’s brother’s wedding. Why? Chiara is a close family friend and needs time away to consider her own circumstances. It is in seven days from the initial meeting and there is much to do. The plot device of placing two complicated people together and letting sparks fly is a well-worn one, but here Colla is able to inject a genuine sensuality and originality to the film. The intimate scenes work well and they convey genuine growing passion between the pair and importantly, do not feel gratuitous. It is obvious from the outset that the pair have deep, lingering emotional baggage and it is enjoyable to see them unpack it piece-by-piece.

The film relies on dialogue to advance the story forward with each passing day revealing more and more about the characters. An abrupt admission from Chiara in the film’s third act creates the films emotional crux and is handled well, if a little cornily.

The film possesses two interesting ways of heightening emotion in the film; traditional Sicilian folk songs and underwater swimming scenes. The folk song soundtrack speaks to the heart of the film and is not translated into English. This allows the audience to focus purely on the screen and get lost in the music, a good decision from Colla and the film is all the better for it. The underwater swimming scenes are well  choreographed, like  watching ballet, eloquently conveying   the characters  shredding their inhibitions.

The film succeeds on its own terms and although the ending is unnecessarily cornier than the rest of film, it just about gets away with it. The message of the main characters coming back from their own purgatory existences to embrace seven days of love and listening to their hearts desires, is admirable. The film asks the audience to take a jump and believe in love and the ability to dispose of emotional baggage with ease and, who doesn’t want to do that?

In cinemas from 15th September