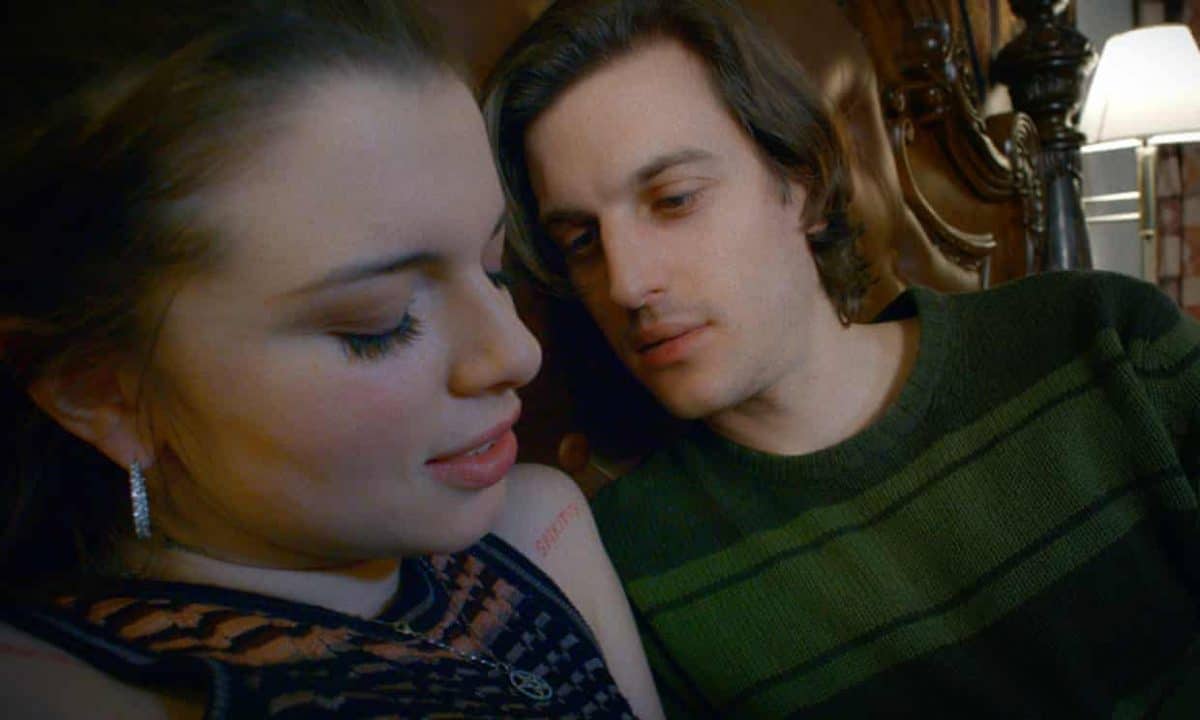 The film’s mumblecore heart is owed to its DIY aesthetic, naturalistic dialogue and nonchalant protagonists. However, the dark and seedy New York on display here-augmented further by woozy POV shots – is more aligned to the Safdie Brothers’ early films. Also starring a stalwart of theirs, Buddie Durress, in a similar sleazy role, and of course Fox’s breakout role in Uncut Gems.

Initially, we only see Scarlet through a lap top screen, until the film shifts to her perspective midway. A life involved mainly to sustain manipulating boyfriend Duke (Keith Poulson) and his amateur theatre production. Duke introduces a rather weak subplot as he coaxes Scarlet into robbing Jack, as he momentarily comes into money. A failed attempt to derail a fresh character study into a feeble small-scale heist movie.

PVT Chat is available to watch on digital platforms.