Tarik Saleh’s Sundance winner, The Nile Hilton Incident, is a gritty, noir-thriller set in the days leading up to Egypt’s 2011 revolution. January 2011 and we’re landed in the dizzying hustle and bustle of Cairo’s amoral Kasr El-Nil police precinct where back-hand dealings and corruption run rife. The murder of a young singer at the […] 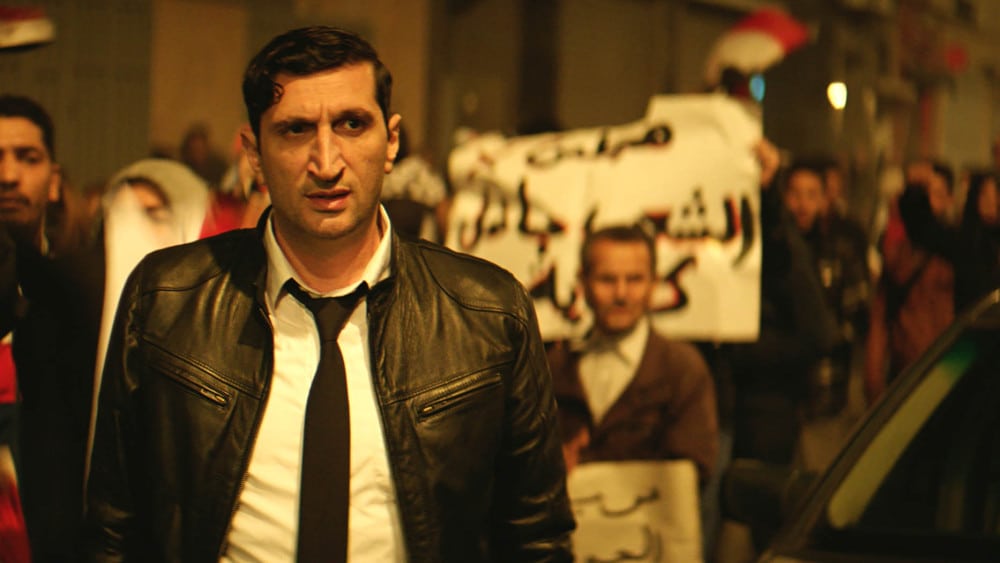 Fares Fares appears in The Nile Hilton Incident by Tarik Saleh, an official selection of the World Cinema Dramatic Competition at the 2017 Sundance Film Festival. Courtesy of Sundance Institute.

Tarik Saleh’s Sundance winner, The Nile Hilton Incident, is a gritty, noir-thriller set in the days leading up to Egypt’s 2011 revolution.

January 2011 and we’re landed in the dizzying hustle and bustle of Cairo’s amoral Kasr El-Nil police precinct where back-hand dealings and corruption run rife. The murder of a young singer at the Nile Hilton hotel and an (un)healthy handing of wasta have landed Police Commander Noredin (Fares Fares) the role of chief investigator on the case. His only leads: Salwa (Mari Malek), a Sudanese cleaning lady and a series of compromising photographs of Shafiq (Ahmed Selim), a well-established construction mogul and close friend of the President, with the victim. Wanting to avoid scandal, Shafiq funds the investigation setting Noredin on a path that may lead him to uncovering a wider political conspiracy.

Swedish born director, Tarik Saleh, crafts a film straight from the noir’s of old and sprinkles in a grit that catches on your teeth. The world he builds is a hotbed of corruption, where everyone has their fingers in pies, all ten if they can manage it. Police General Kammal (Yasser Ali Maher) uses his coppers to run rackets and divvies up the take with boys down the station.

Noredin, channelling a Maghrebi Bogart, smoking an endless string of cigarettes and watching the world from beneath the drawn lines of his furrowed brow is no angel himself. A strained relationship with his father and absence of his wife point to a deeply unhappy man caught between the grind of work and the fog of hash smoke and beer he indulges in when he is locked away in his apartment. But, one can’t help but feel that he has simply resigned himself to the ways of this world, taking and receiving bribes as recourse. And, as the plot unfolds, it becomes clear that in the darkness of a very corrupt world, he is a flickering candle struggling to cast a dim light of truth in it.

The political backdrop of The Nile Hilton Incident looms overhead as the surging streets of Cairo swell with the palpable energy of the country’s eventual uprising. It functions well as the foundation upon which the story is built, adding a realism that provides the film with more texture. Only towards the final third, when Saleh tries to marry the straight telling of a noir-thriller with the real-life events of Egypt’s 2011 revolution, does the film stumble with a moment that feels a little too on the nose.

This is a sharp, taut thriller that straddles its noir elements confidently and comes complete with an introduction of a glamorous, quasi-femme fatale that will surely rival the best you’ve seen.