When you visit a museum that occupies the fields of science or natural history there is often a screening room playing a documentary about the state of the world or showcasing one of the wonders of the world. It is these films that Mountain a documentary, funnily enough, about mountains from Australian film-maker Jennifer Peedom […] 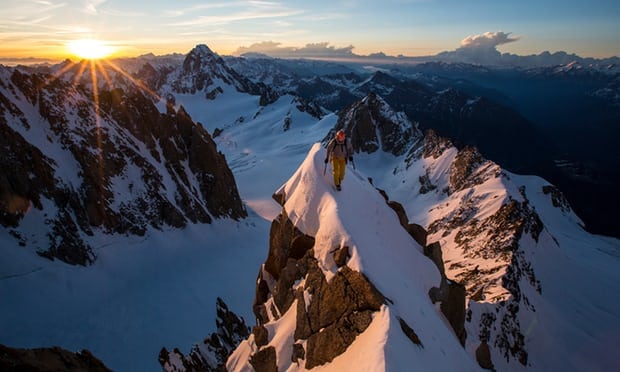 When you visit a museum that occupies the fields of science or natural history there is often a screening room playing a documentary about the state of the world or showcasing one of the wonders of the world. It is these films that Mountain a documentary, funnily enough, about mountains from Australian film-maker Jennifer Peedom reminded me of. There are some truly stunning images captured by Peedom in Mountain as her camera swoops and soars over the highest peaks in the world, showcasing the snowcaps in glorious HD detail.

Willem Dafoe, who reads a script co-written by Peedom and British writer Robert Macfarlane, narrates the documentary. The script is interesting enough as it chronicles the early days of mountaineering, which looked all jolly hockey sticks “let’s go and climb a mountain” to begin with but then gives way to a passion for humanity’s supposed quest for the transcendent and morphing into the craze of extreme sports.

One particular montage of people having accidents whilst climbing wasn’t particularly fun to watch but did inject a much-needed dose of reality to the documentary. I say this because whilst watching the documentary, I fully appreciated the beauty of it but I didn’t feel as if I learned anything, there was no story to cling on to and so it felt like I was swinging in narrative limbo. The Australian Symphonic Orchestra provides the soundtrack and Four Seasons by Vivaldi accompanies certain stretches of the film, this was the only time the film felt formulaic. The film contains a lose structure and to chronicle a natural occurrence such as a mountain in chronological order does feel like a mammoth task, with Peedom pulling threads from religion too to help bring the narrative together.

Mountain is a fine documentary but not one I would urge you check out at the cinema. You never know it may be on at the Natural History Museum in a couple of months and it would be a lovely way to spend an hour on a lazy Sunday afternoon.