Oil tycoon J. Paul Getty was the richest man in the world when his grandson was kidnapped on the streets of Rome in 1973. It is an intriguing episode that serves as inspiration for Ridley Scott’s latest feature, All the Money in the World. The film begins with the kidnapping and quickly details the events […] 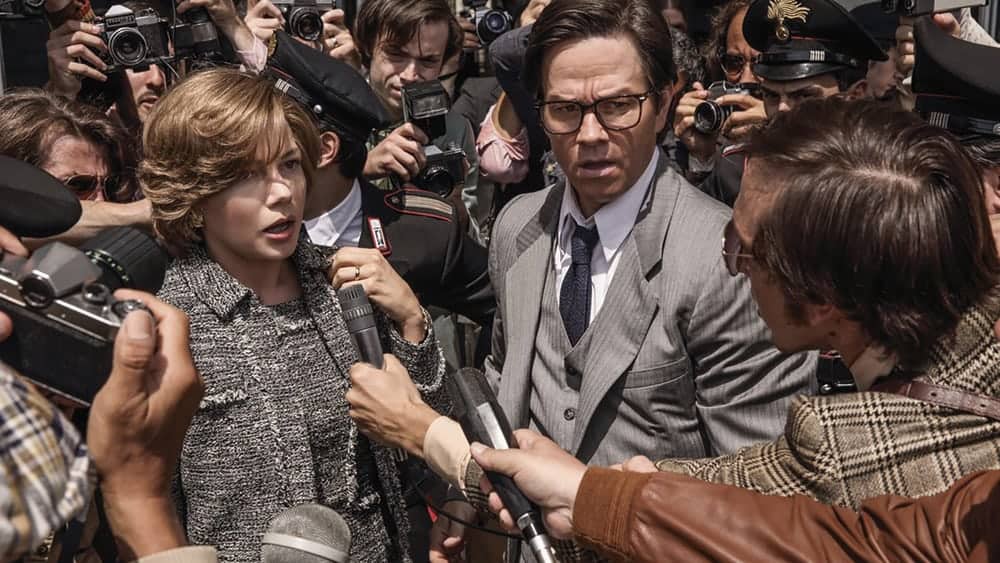 Oil tycoon J. Paul Getty was the richest man in the world when his grandson was kidnapped on the streets of Rome in 1973. It is an intriguing episode that serves as inspiration for Ridley Scott’s latest feature, All the Money in the World.

The film begins with the kidnapping and quickly details the events leading up to it, showing us how J. Paul Getty (Christopher Plummer) made his riches, as well as the breakdown of his son’s marriage. By the time the youngest Paul Getty (Charlie Plummer) is taken captive, his father (Andrew Buchan) is struggling with drug addiction and his mother Gail Harris (Michelle Williams) has full custody of him and his siblings. When the kidnappers demand a ransom of $17 million, the eldest Getty is suspicious and sends advisor Fletcher Chase (Mark Wahlberg) to help Gail and free his grandson.

For all the talk surrounding the recasting of J. Paul Getty, it is impressive how little this plays on your mind. While at first you may try to spot the seam where Kevin Spacey ends and Christopher Plummer begins, it is pointless as reshoots and green screen overlays mean that it is nearly impossible to notice.

Considering how much attention his role has received it is surprising that he does not have more screen time. It is very much a supporting role and I can’t help but think that the film focuses on the wrong Getty. Plummer brings humour and heart to what could have been a very unpleasant character, and is far more interesting and compelling than his immature grandson.

It seems rather unfair to give Spacey so much attention when the film is fundamentally the story of Gail Harris, and of her strength & determination to get her son back. Michelle Williams is very much at the dramatic centre of the film, and is more than a match for anyone in the patriarchal Getty family.

Director Ridley Scott has always had a commanding visual style, but has often been let down by second rate scripts. Over the last decade his work has been rather hit or miss. While The Martian and American Gangster were both met with critical acclaim, A Good Year, Robin Hood, and The Counselor were all rather forgettable additions to his filmography. All the Money in the World may not rival classics like Blade Runner or Alien, but definitely ranks alongside Scott’s better recent releases. The script from David Scarpa is pretty serviceable, and gives the basis for a tense and engaging drama.

There are times though when the unravelling of the plot can feel a bit mechanical, whether it is the way the opening half hour flickers between decades and cities, or the slightly contrived way in which the film ends. We are led to believe that the kidnapping and Getty’s death overlapped, when in fact there was more than three years between the events.

I am also not convinced that All the Money in the World has anything substantial to say about the capitalist world that it depicts, and the figures at its centre. Getty and his oil empire could more than easily have been used to analyse and comment upon our current relationship with consumerism. Yet the film goes no further than suggesting that everything has its price, even family members.

In the end, All the Money in the World is a generally well told and tense drama that is engaging rather than enlightening.