It is amusing to imagine if French director Claire Denis watches many of the American romantic comedies that we know all too well. Whether she does or not, her latest film, Let The Sunshine In, is a clever antidote to the clichés and indulgences that have come to define the genre. The ever reliable Juliette […] 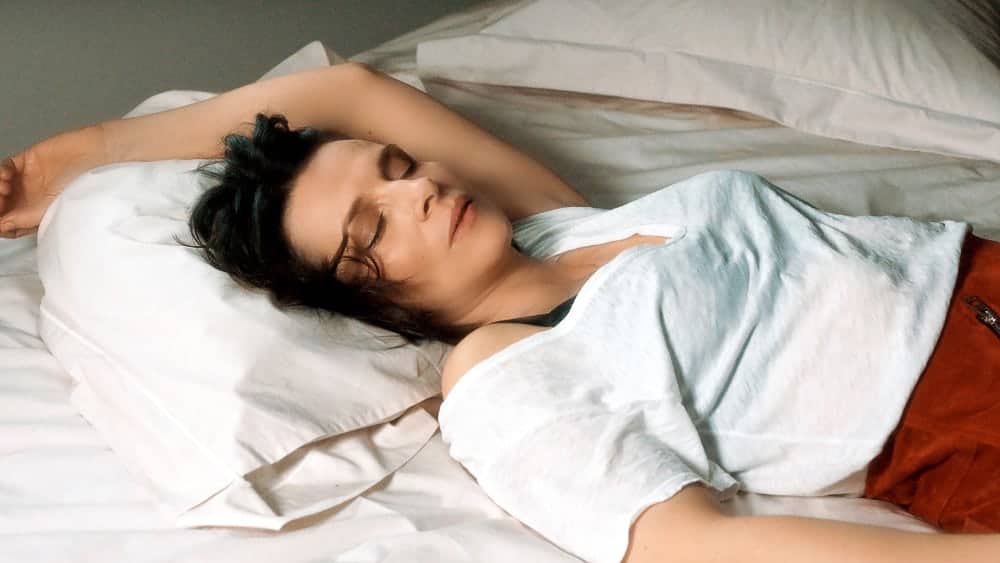 It is amusing to imagine if French director Claire Denis watches many of the American romantic comedies that we know all too well. Whether she does or not, her latest film, Let The Sunshine In, is a clever antidote to the clichés and indulgences that have come to define the genre.

The ever reliable Juliette Binoche stars as Isabelle, a divorced artist who is looking for true love for the first time. Her performance is full of nuance and an emotional generosity that her potential romantic partners do not deserve. Her affairs with a self-important banker (Xavier Beauvois), a married actor (Nicolas Duvauchelle), and a barroom dancer (Paul Blain) are all in some way unsatisfying and lack a certain unknown quality. Isabelle persists nonetheless through the muddled emotions in the search of something more meaningful.

In the 30 years since the release of her debut feature Chocolat, Claire Denis has built a commanding reputation as a thoughtful director of atmospheric films like Beau Travail, 35 Shots of Rum, and White Material. Her latest feature is a slight change of pace, with more stylistic restraint and less sumptuous camera movement than her previous work.

Let The Sunshine In is an unconventional romantic comedy that forgoes banality and sentiment in favour of taking a more poignant perspective on the mysteries and uncertainties of love. Isabelle finds herself in an almost constant state of emotional ambiguity, unsure whether she is making the correct decision or whether the person she is with is worth pursuing. Too often filmmakers find comfort in easy decisions that overlook the contradictory and inconclusive feelings we can have towards those we try to have romantic relationships with.

Claire Denis’ film is more intelligent than this and can also be seen as a satire of bourgeois values and the pressures to be with someone from your own ‘milieu’. She is the latest in a long line of European directors – one that runs from the work of Luis Buñuel (The Exterminating Angel, Belle de Jour) to Ruben Östlund (Force Majeure, The Square) – that have highlighted the amusing idiosyncrasies of the cultural and intellectual elite.

For all its insightful observations, I found Let The Sunshine In more interesting to discuss than to actually watch. Each scene contains a little too much philosophising and not quite enough romance or drama. It is easier to admire Isabelle and her attempts to take charge of her life than enjoy her company and be invested in her actions.

However much you enjoy Let The Sunshine In, you will no doubt be left with plenty to ponder, even if you are not swept away by its story. It is a welcome addition to Claire Denis’ strong filmography, and stands out from the predictable and sterile romantic comedies that we have come to expect.