Following the critical acclaim of Weekend and 45 Years, director Andrew Haigh returns with a naturalistic and tender tale of a boy’s connection with an ageing race horse. It is a revealing character study that is full of heartfelt and melancholic moments. Lean on Pete follows Charley (Charlie Plummer), a teenager living with his father […] 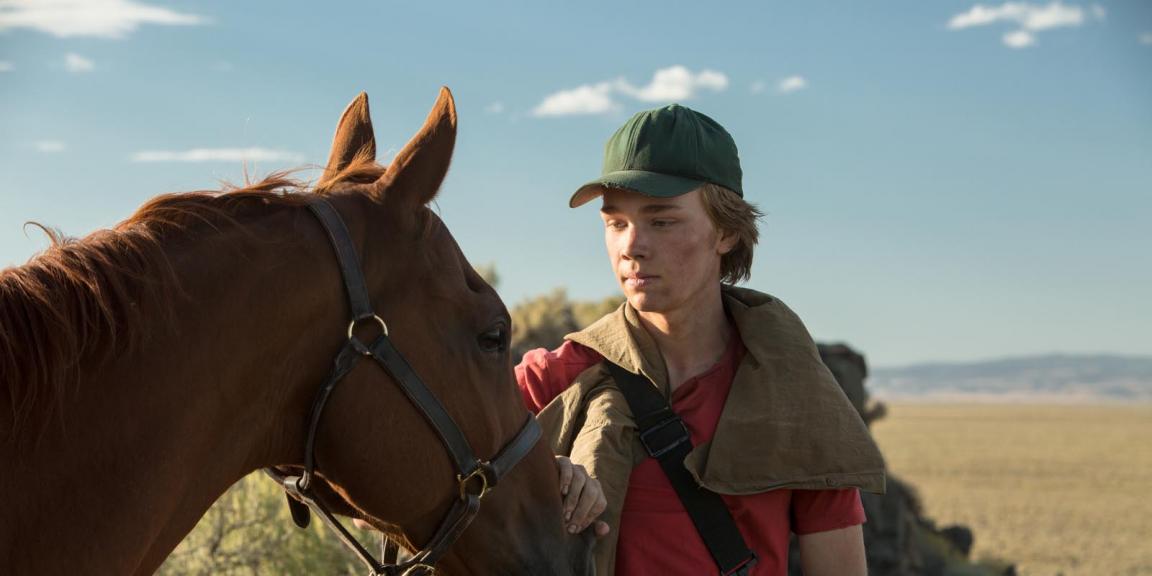 Following the critical acclaim of Weekend and 45 Years, director Andrew Haigh returns with a naturalistic and tender tale of a boy’s connection with an ageing race horse. It is a revealing character study that is full of heartfelt and melancholic moments.

Lean on Pete follows Charley (Charlie Plummer), a teenager living with his father Ray (Travis Fimmel) in a small dilapidated home. Ray may at times be carless but his love and affection for his son is clear to see. Charley’s mother left when he was small, with his estranged aunt being his only known relative. It can be easy to forget that Charley is only 15 and in need of care and attention.

Little care comes from Del (Steve Buscemi), an embittered race horse trainer who Charley helps out for $25 a day. His horses are hardly thoroughbreds and mostly race in the lower leagues where they are run into the ground. It doesn’t take long for Charley to form a bond with a horse called Lean on Pete. They are both underdogs and it is a screen relationship that leans closer towards Kes and Au Hasard Balthazar than How to Train Your Dragon or 101 Dalmatians. Pete is old and limbs between races. Del has run out of patience and decides to send Pete to Mexico for slaughter. Before he can be taken away, Charley decides to steal Del’s truck and embarks across the empty countryside with Pete looking for somewhere to call home.

Much like in his previous work, Andrew Haigh imbues each frame with an emotive and empathetic charge. Like Wim Wenders before him, Haigh is a European filmmaker who has found inspiration in the vastness of the American terrain. Haigh has always tended to focus more on character than dramatic plot twists or high minded concepts and Charley’s journey gives plenty of opportunities to delve into the subtleties of his personality.

The cinematography from Tristan Goligher is full of delicate hues and soft imagery and gives a contrast to the film’s more traumatic moments. The visual beauty of the landscape at times appears to be the only thing Charley can hold onto, as he falls deeper into pain and isolation.

I do wonder what the film would have been like if Charley hadn’t run away and had dealt with the issues he faced at home. It would have been a different story and could perhaps have been a bit more focussed and centred. With each turn Charley’s ambitions change. He goes from a teenager trying to make some money to a lost soul attempting to find his only living relative. He is aimless and desperate, drifting across the almost empty landscape. The story too can lose direction, as we see Charley stop off at slightly generic road side dinners and remote desert homes.

As it is, Lean on Pete still remains affecting in its portrayal of its young lead’s search for a new home. Even if their journey is a little muddled, it is impossible not to root for Charley and his equine companion.