Fatih Akin’s new German drama about a woman hellbent on seeking revenge after the murder of her family is a rather contrived, facile and at times overly melodramatic production that could have easily benefited from losing some schmaltz in favour of a more nuanced narrative. Staring Diane Kruger and co-written by Akin (Soul Kitchen, Goodbye […] 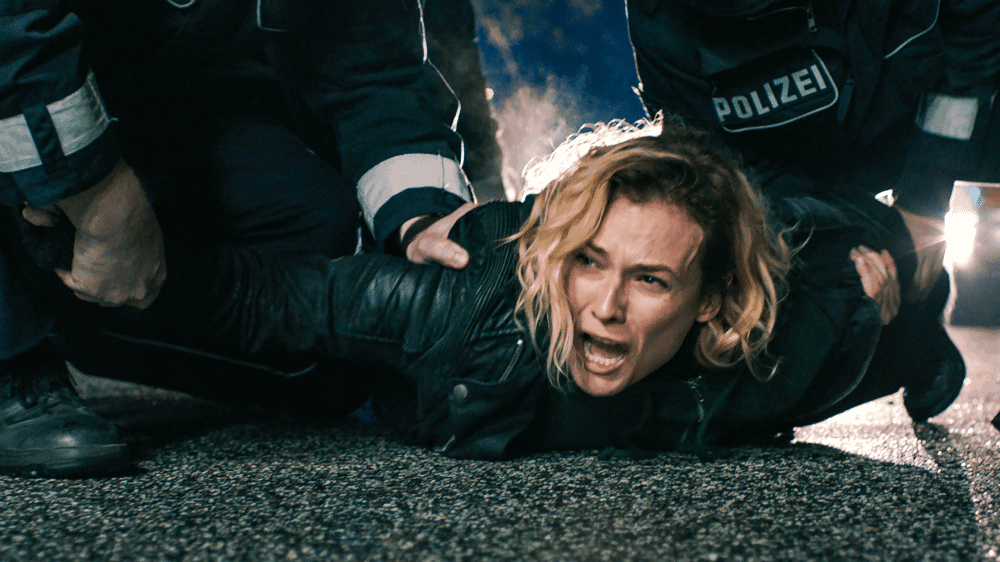 Fatih Akin’s new German drama about a woman hellbent on seeking revenge after the murder of her family is a rather contrived, facile and at times overly melodramatic production that could have easily benefited from losing some schmaltz in favour of a more nuanced narrative. Staring Diane Kruger and co-written by Akin (Soul Kitchen, Goodbye Berlin) and screenwriter Hark Bohm, In The Fade presents an interesting enough premise, but sadly falls at the first hurdle by failing to come across as believable.

Katja (Diane Kruger) was under no illusion regarding the criminal past of Nuri (Numan Acar), the man she fell in love with as a student and then married when he was still serving a prison sentence for drug trafficking. Now out of prison and leading, for the most part, a clean and healthy existence, Nuri is one day targeted by a nail bomb placed outside his office which results in his and his and Katja’s five-year old son’s death. Devastated by the tragedy, Katja is distraught and unable to see past her huge loss. Determined to prove that her Turkish husband’s death was a result of a racist attack on behalf of a nazi organisation, Katja goes to war with the police and the justice system in order to get the culprits locked up, but along the way encounters hurdle after hurdle resulting in a complete meltdown when faced with the prospect that justice might not be served.

Akin offers a dense and needlessly lengthy drama that owes most of its watchability to its lead actress. While the story itself deals with an interesting and timely subject, the story ultimately fails to present any kind of political or social reward, eventually turning into a tediously overlong courtroom drama that serves a single purpose; to pad out the story with superfluous detail and melodrama.

Kruger, who is in almost every single scene, offers a solid and memorable turn as Katja. And in the absence of a believable screenplay, the actress is relied upon to carry the burden of the film from start to finish, which further confirms her immeasurable talent and natural ease in front of the camera. Elsewhere, Denis Moschitto does a decent enough job in the irritatingly two-dimensional role of Danilo, Katja’s friend and lawyer. While Johannes Krisch gives a hilariously over the top performance as the culprits’ defence lawyer.

On the whole, In The Fade makes for a watchable rainy Sunday afternoon kind of drama which requires very little engagement or political nous, but beyond that it’s hard to see what can be gained from its rather ridiculous and hugely contrived denouement; watchable, but way too simplistic in its story telling technique.