Setting films in one place or over one night run the risk of not being able to gain enough depth to the characterisation or theycan feel hemmed in by their own surroundings. Hotel Artemis attempts to tell its storyboth over one night and in one location, drawing the audience in with a tasty mix of […] 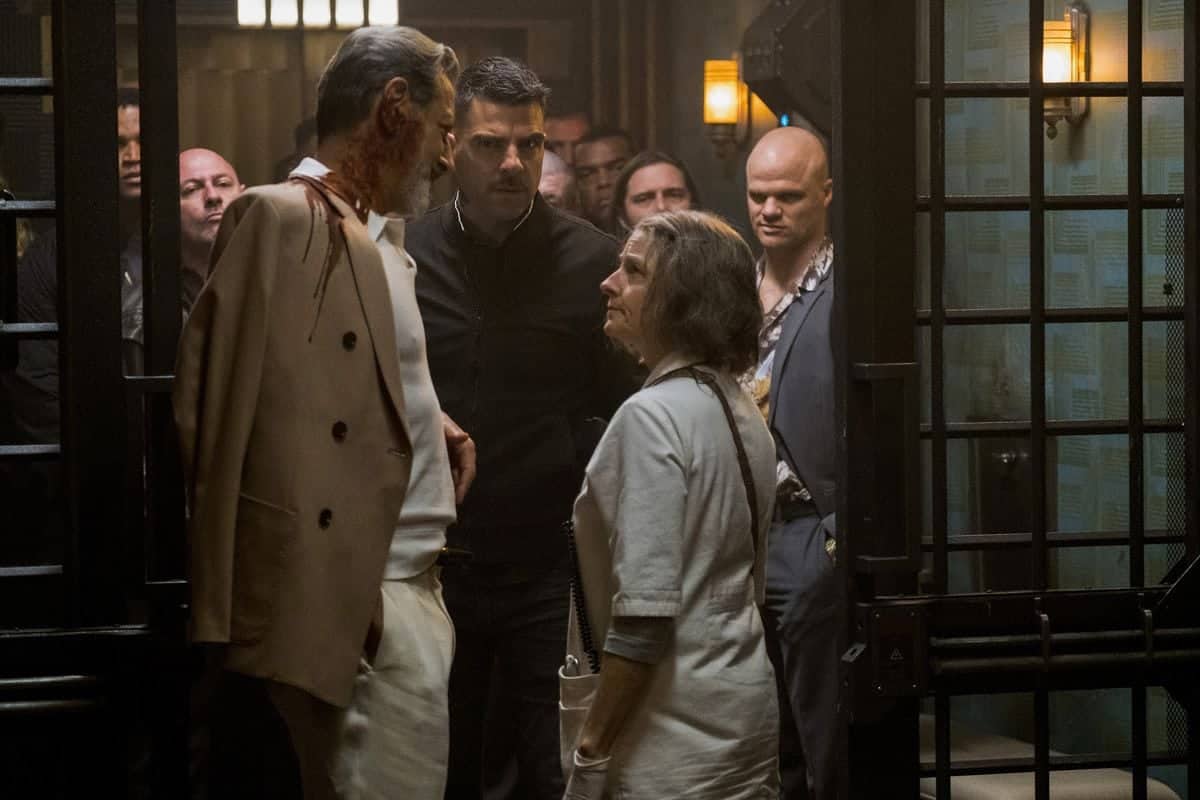 Setting films in one place or over one night run the risk of not being able to gain enough depth to the characterisation or theycan feel hemmed in by their own surroundings. Hotel Artemis attempts to tell its storyboth over one night and in one location, drawing the audience in with a tasty mix of funk and pop, neon lights and the promise of close quarter action and several, sometimes unnecessary, f-bombs.

The premise of Hotel Artemis is simple, Jodie Foster as The Nurse runs an underground medical facility, hidden in adowntrodden hotel in Los Angeles where all of the patients are criminals who pay a membership fee to receive treatment when heading to the emergency room will just not do. The hotel keeps the criminals and their behavioural tendencies in check by making them follow a list of strict rules – no guns, no killing other patients and the like, you know, simple things. The Nurse is a 70-something agoraphobe with a drinking problem stemming from heavily repressed memories and if any of the patients steps out of line, they have to answer to The Nurse’s assistant, Everest (Dave Bautista) who adds a more obvious meaning to playing ‘the muscle’.

The film takes place over one night in 2028, with Los Angeles succumbing to full scale riots due to a corporation’s decision to privatise the city’s water supply. At Hotel Artemis, The Nurse and Everest are catering to a full house of guests whom are only known by the suites that they are receiving treatment in. Waikiki (Sterling K. Brown) is a bank robber who has turned up with his injured brother Honolulu (Brian Tyree Henry) following a job that has gone sideways during the film’s opening exchanges. Acapulco (Charlie Day) is an egotistical arms dealer that displays such a misplaced level of braggadocio that when his narrative diverges it is not disappointing to watch. Day is given the majority of the laughs in the opening scenes and gives a commendable performance with a character that is slight and shallow. Nice (Sofia Boutella) is a French assassin who enters with a self-inflicted injury as she ‘needs a rest’ but there is a reason to suspect that is just smoke and mirrors.

Throughout all of this, The Nurse is barely hanging on, needing more and more of her precious liquor and 70/80’s pop on her Walkman. To complicate matters, a wounded cop is pleading for entry outside the Hotel’s back entrance. It is clear that The Nurse has a connection with this cop as she is considering disregarding the Hotel’s golden rule – no cops! The villain of the piece is The Wolf King (Jeff Goldblum), a mafia-style crime boss and the financial backer of Hotel Artemis with whom The Nurse also has a connection. The Wolf King shows up with a bad wound and his cronies in tow including his youngest son (Zachary Quinto), whose desire to prove himself capable of looking after his Dad may bring the Hotel down like a house of cards.

Hotel Artemis feels very reminiscent of Seventies-era exploitation films like Death Race 2000 and also the work of John Carpenter. Making his directorial debut, screenwriter Drew Pearce throws enough f-bombs, violence, dark humour and social commentary into proceedings to raise the film from B-movie fluff into a bona fide hit. Pearce’s screenplay does a good job of quickly establishing both the plot and characters including the connections that pop up between them. For those that were disappointed by the lack of Jeff Goldblum in the new Jurassic World film, Goldblum is having a ball here and lights up the screen every time he appears. Foster is excellent, bringing enough emotional depth to her performance to lift her character above what could have been an overly affected performance.

The film is not faultless, the riots are merely a plot device which do not serve any real purpose and despite the good characterisation, the characters do still exist only just above stock character types and it is the commendable performances of all involved that they do not end up feeling so.

For all of this summer’s releases, Hotel Artemis feels sillier & sicker than the rest, and may struggle to find an audience but those who do seek it out, will find an entertaining film thatcontains belly laughs and satisfying action with a helping of gore. If this doesn’t put you off, you’re going to have a blast.