Documentary director and photojournalist Lauren Greenfield returns after her 2012 feature debut, The Queen of Versailles, with Generation Wealth, an ambitious if underwhelming examination of modern-day affluence. Dusting off her Rolodex, Greenfield returns to those she has captured throughout her career and cobbles together a series of interviews with porn-stars, rappers, career driven mothers and […] 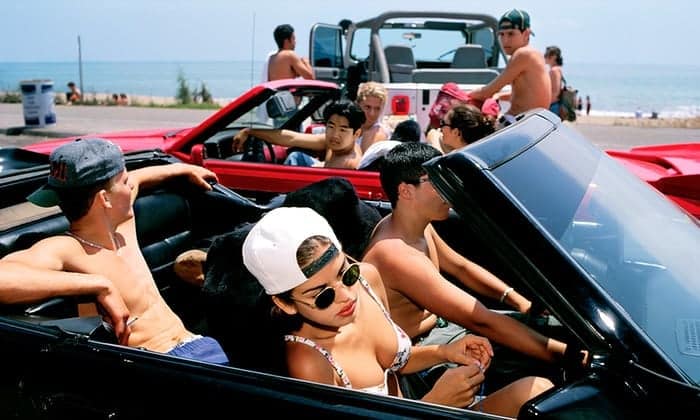 Documentary director and photojournalist Lauren Greenfield returns after her 2012 feature debut, The Queen of Versailles, with Generation Wealth, an ambitious if underwhelming examination of modern-day affluence.

Dusting off her Rolodex, Greenfield returns to those she has captured throughout her career and cobbles together a series of interviews with porn-stars, rappers, career driven mothers and hedge fund managers who speak candidly about the impact the pursuit of wealth has had on their lives professionally, emotionally and at home.  Moments are revealing, but only provide fleeting insight into the psychology behind the mad scramble for the taste of material success.

Crossing continents, racial, social and class boundaries, Generation Wealth’s undoing is in its sheer scale. Greenfield overextends herself in attempting to explore a generational shift in priorities, the global rise in wealth, proliferation of social and mass media and the role all have played in forging a culture that promotes excess.  And, while it is clear that over the course of her career Greenfield has delved into the depths of the world of wealth and the many forms in which it exists, her documentary fails to do the same.

Tonally things never quite come together either.  Instead, we flit between sociological study, observational piece, and lightweight critique of capitalism.   In an odd turn, in the latter half of the documentary, in what feels like an attempt to personalise and contextualise the subject matter, Greenfield weaves in moments from her own life.

Through home footage and interviews with her parents, husband and children, the director tangentially examines the parallels between the many iterations of the “paper chase” and allowing yourself to be consumed, as Greenfield questions of herself, by your work, the impact your success has on your children and the way it may shape their perspectives moving forward.  Though brief, it generates an interesting discussion, but ultimately adds another layer to already stacked work.

The result is a documentary that skates of over the surface, failing ever to crack the ice and ultimately sharing the same superficiality that has plagued many of the subjects that populate the film.

As the documentary drags into the final third of its 104-minute runtime, Greenfield strives to neatly tie everything together with the mawkish sentimentality of Disney morality tale.  Through concluding interviews we learn that all the money in the world is for naught, it doesn’t mean fulfilment or happiness and, contrary to Gordon Gekko, greed is not good.  Neither is this film.